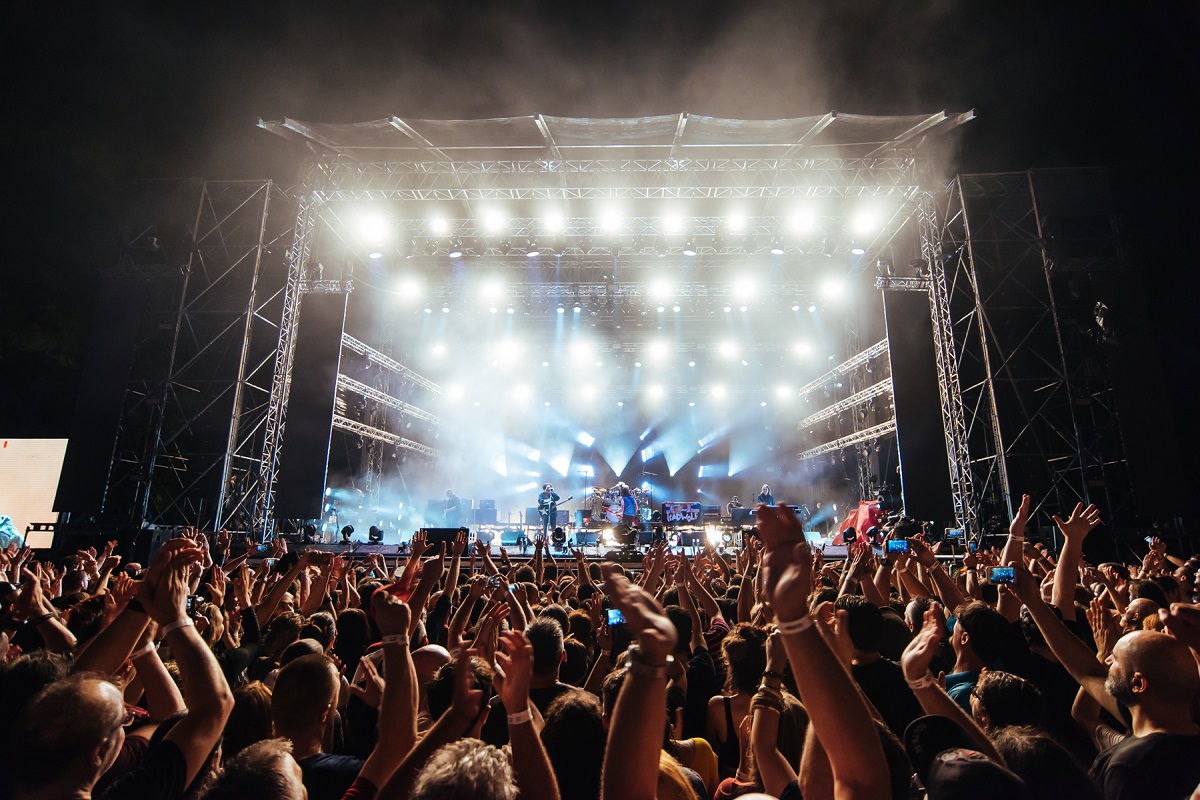 The award-winning EXIT electronic music festival in Serbia, which began life as a movement for peace and freedom back in 2000, will take place for its 20th year this August. Among the headlines are Amelie Lens, Black Coffee, Nina Kraviz, Paul Kalkbrenner and Robin Schulz. Photo credit: EXIT Festival Photo Team.

Czech Rep., Jun 28 (BD) – Serbia’s EXIT festival, which began 20 years ago as an attempt by young Serbians to ‘exit’ the oppressive regime in Serbia and the dark days of the 1990s, has moved its 20th birthday anniversary to August rather than cancelling it, following a request from the Serbian Prime Minister.

EXIT is now set to take place from August 13-16, and the first artists from the line-up have been announced, including more than 30 electronic acts. Among the headlines are Amelie Lens, Black Coffee, Nina Kraviz, Paul Kalkbrenner and Robin Schulz. Roni Size, who headlined the first edition of the festival 20 years ago, will also perform an exclusive back-to-back set with LTJ Bukem, featuring EXIT resident MC Dynamite.

“With everything that is happening in the world today, the social message of EXIT, unfortunately, seems as important as it was 20 years ago. Back then we were exiting the oppressive regime and fighting for peace and freedom in Serbia and the Balkans. Now, 20 years later, we wish to send a message of hope to the world that worst is behind us where the pandemic is concerned, but also stress that there is so much work we all need to do when it comes to things like racial inequality or the destruction of our planet,” said founder and CEO of EXIT festival Dusan Kovacevic.

EXIT will open at least 20 stages and zones throughout the expansive Petrovaradin Fortress complex, following all government health guidelines. One of the main precautionary measures is the limiting of the number of attendees to 50%, in an area that can hold at least 90% of its usual capacity.

The main stage will be on the central plateau of the Petrovaradin Fortress, hosting spectacular performances by global and regional superstars such as Laibach, Robin Schulz, Roni Size and LTJ Bukem back-to-back with MC Dynamite, Ofenbach, Burak Yeter, DJ Regard, and many more to be announced. They will be joined by the region’s finest bands such as Obojeni Program, Buč Kesidi, Massimo, Goblini, and others, who will be just as interesting replacements for some of the many live tours that are not able to go ahead before 2021.

The neighbouring No Sleep Novi Sad stage, that has gained international praise in the past five years, returns in August with acts including Juliana Huxtable, Francois X, Marcel Dettmann, VTSS b2b SPFDJ, 999999999 Live, Monosaccharide, and Bokee.

In addition to the bigger stages, the festival will also feature a range of smaller, more intimate stages, true to its tradition, such as the Latino Stage, the hip-hop oriented Beats Stage, and the XBass Pit Stage playing drum and bass. Another stage, Urban Bug, will showcase the local and regional DJ scene.

More artists will be announced over the coming weeks, as the festival is organized in cooperation with the Serbian Government’s National Health Department. Serbia, like many other European countries, has already reopened its borders with no further restrictions or requirements for PCR tests, so revellers from all around Europe will be able to come to the festival. If any countries experience further outbreaks before August, visitors from those countries will undergo rapid PCR tests which will be either completely free or very low priced.

To see a complete list of the artists announced so far, and more information about the festival, you can visit their website, available in six languages.

Born out of the youth movement for peace and freedom in Serbia and the Balkans, EXIT’s social work is as important to the organizers as the festival itself, having realized thousands of humanitarian and social projects over the last two decades. For its 20th anniversary, EXIT is going ahead with plans to launch its biggest environmental project to this date, dubbed the LIFE STREAM. The project’s main concept is to stream shows from the festival in a new, innovative way by playing additional footage with quotes and information about the unprecedented environmental crisis and other emerging global social issues.

Facebook Comments
https://brnodaily.com/2020/06/28/culture/serbias-exit-festival-moves-its-20th-anniversary-edition-to-august/https://brnodaily.com/wp-content/uploads/2020/06/main-stage-EXIT-2019-photo-credit-EXIT-Festival-Photo-Team-1-1024x683.jpghttps://brnodaily.com/wp-content/uploads/2020/06/main-stage-EXIT-2019-photo-credit-EXIT-Festival-Photo-Team-1-150x100.jpg2020-06-28T08:19:14+02:00Tessa AdamsonArt & CultureFestival,MusicThe award-winning EXIT electronic music festival in Serbia, which began life as a movement for peace and freedom back in 2000, will take place for its 20th year this August. Among the headlines are Amelie Lens, Black Coffee, Nina Kraviz, Paul Kalkbrenner and Robin Schulz. Photo credit: EXIT Festival...Tessa Adamson T.M.Adamson@hotmail.comAuthorExpat student from the Netherlands, passionate about writing, travelling, languages and politics.Brno Daily

Expat student from the Netherlands, passionate about writing, travelling, languages and politics.
View all posts by Tessa Adamson →
« Br(u)no: Lessons From a Year of Weekly Columns
Explore an Inflatable World and Watch Sci-Fi Films For Free at Brno Observatory »