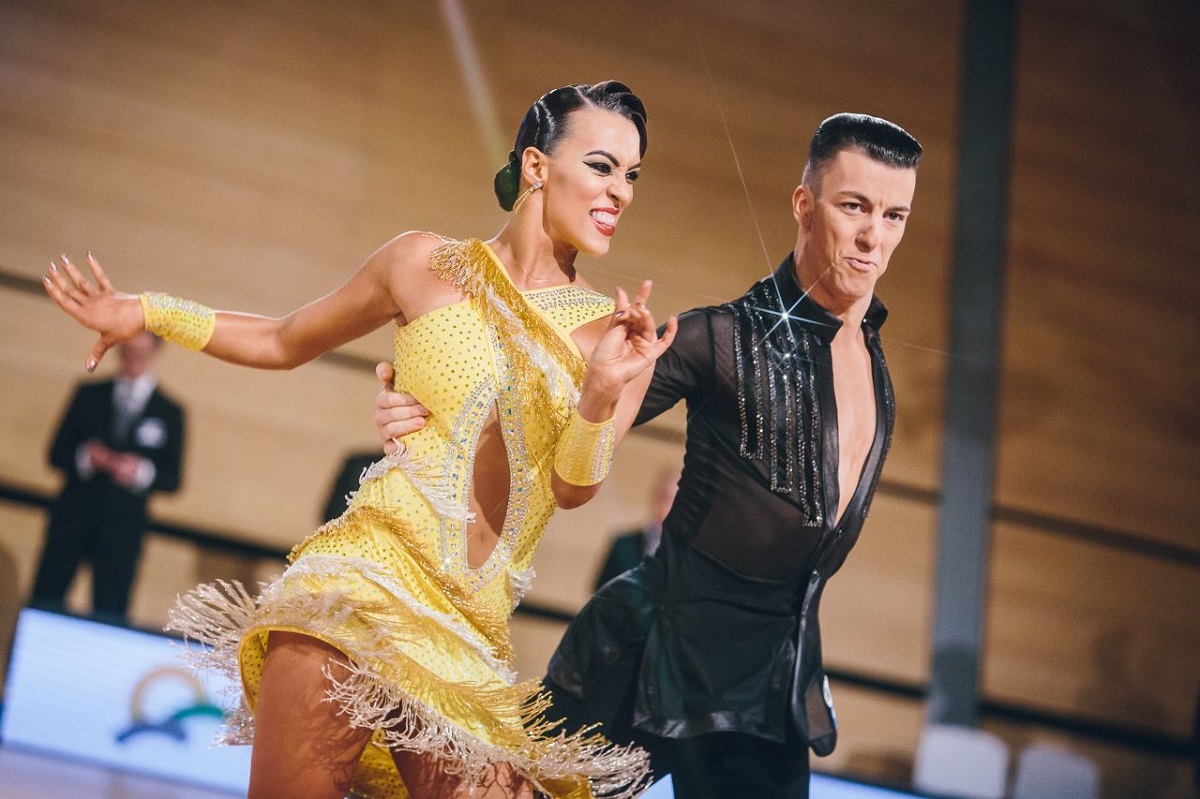 The World Circuit contests will include more than 800 dance teams from more than 40 nations and four continents. Photo Credit:brnoopen.eu

Brno, Oct. 5 (BD) – On 29-30 October, the world’s top dancers in Standard and Latin American dance will descend on the Brno Sports Hall of the Masaryk University Sports Institute for the 20th anniversary of the Brno Dance Open. Several World and European champions will take the floor to compete for points in the World DanceSport Federation (WDSF) world rankings.

Over 800 pairs from more than 40 countries and four continents will take part in the World Circuit competitions. The Czech Republic will be represented by David Odstrčil and Tara Bohak, who won the first ever World DanceSport Championships title for the Czech Republic in August. At the WDSF World Professional Combined Championships in the Aldis Congress Centre in Hradec Kralove (28-29 August 2022), Odstrčil and Bohak dominated the competition, winning in all ten dance categories.

“The title of world champions gave us even more motivation to push ourselves in dance, and we want to give our best performance for the Brno Open audience,” said Bohak. Her dance partner David Odstrčil added: “This will be our first competition on home soil since winning the championship title, and we are extremely excited to see the home crowd.”

The gala on 29 October, featuring the World Open final in Latin American dance and the professional final in standard dance, will be hosted by Jan Onder and Kamila Tománková. Stars from the hit TV show StarDance, as well as Tereza Černochová, will also perform. An extra feature will be the 7th edition of the Twin Cities Cup, in which teams from some of Brno’s twin cities (Bratislava, Moscow, Stuttgart, Kaunas, and Vienna) will compete. There are accompanying international competitions for both the younger and older age categories, so dance couples of all ages will be represented.

“As part of this year’s 20th anniversary edition of the Brno Open, I would like to invite the audience to Saturday evening, which is a mosaic of the most interesting things this competition has to offer. In Saturday’s gala evening you will see not only the stars of StarDance, the world’s top dancers, but also the first ever world champions in dance sport for the Czech Republic, David Odstrčil and Tara Bohak,” said Jan Tománek, the organiser of the competition, and also a well-known dancer, coach, and StarDance judge.

Czech Television will broadcast three TV shows from the Brno Open Dance Festival in 2022. Tickets are available for pre-sale here.