After The Whirlwind: A Letter to South Moravia 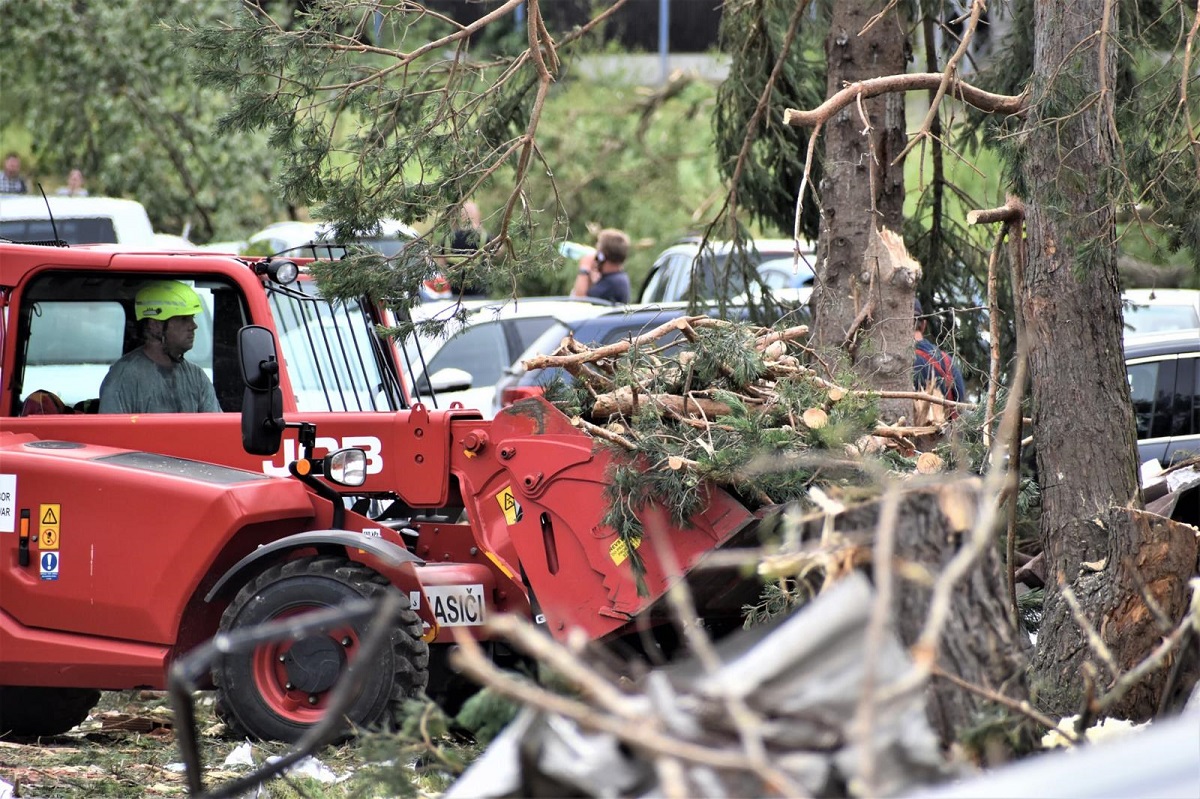 The devastating tornado that recently hit South Moravia was the kind of natural disaster that can change lives – and entire towns – forever. However, the communities affected in the Hodonín and Břeclav districts are not the first to have lived through such disasters, and a lot can be gained from the experiences of those who have done before, not least solidarity. In a special guest post to mark one month since the tragic event, we present a message of experience from Steve Holmes, a resident of Joplin, Missouri, which was struck by a powerful tornado in 2011. Photo Credit: Hzscr.cz.

Ahoj, South Moravia. I have been where you are going: recovery from a disaster. In 2011, a tornado hit my hometown of Joplin, Missouri, in the United States. It killed 161 people – and nearly claimed my mother when a store collapsed around her. In an effort to rescue her, my brother drove into the heart of the carnage. He saw people moving. He saw people not moving.

After our tornado, a letter appeared in the local newspaper. It came from a resident of Tuscaloosa, another American city savaged by a tornado just three weeks earlier. He sought to give us hope. To pay tribute to his effort, I seek to give you hope – and to alert you to what may be to come.

It gets better. It’s gotten better in every town ever hit by a tornado. There’s no reason to believe that it’ll be any different for you. Take the long view. Rome was not built in a day, nor will your cleanup be finished by then. Complete recovery will not happen by next week, next month, or next year. Picture this as a marathon, not a sprint.

Start small. When your neighborhood has been reduced to giant toothpicks, you may not know where to start. Put your shoes on, and carry a piece of debris to the curb. Congratulations – that is one less thing you have to haul. You are a step closer to completion.

Celebrate small victories. It helps to break the recovery into manageable pieces. Otherwise, it seems too overwhelming to comprehend. When you have completed a step, do something nice for yourself.

Realize you are not in this alone. You have friends you never knew you had, and may never even meet. They are bringing supplies, raising money and rescuing your fellow citizens. A lot of them have experienced this in their own communities. They will arrive with valuable advice, empathy, understanding, and a lot of bottled water.

Do not send clothes! In the name of all that is holy, I beg you – do not send clothes. They will accumulate, go unused and cause more problems than they solve. Money seems impersonal, but it is what people need in order to buy what they need.

Your doctors will encounter injuries only seen on a battlefield. Mucormycosis is a fungus that’s harmless in nature, but deadly when sandblasted into an open wound at 175 mph. It’s not nearly as dramatic as blunt-force trauma, but five people died from it in Joplin.

It is possible to worry yourself to death. It nearly happened to my Mom after the tornado. The culprit: “Takotsubo cardiomyopathy,” a stress-related heart condition. My Mom’s cardiologist said Takotsubo is so rare that a practitioner could go through an entire career without seeing a single case. He said he saw seven cases in the two weeks after the tornado. (Mom made a full recovery, as almost everyone does, because there is no actual damage to the heart.)

Post-traumatic stress will be a problem – and not just for the first responders. Take care of the caring professions: the doctors, nurses, teachers and therapists. But it doesn’t end there. A Red Cross mental-health specialist who travels the world to disaster sites said he seeks out the cab drivers and the hotel maids, people who have absorbed other people’s trauma in hearing their stories (journalists are on that list, too.) Don’t forget the hospitals’ janitors and laundry crews; in the chaos, they saw things no one should ever see, and had to deal with all the blood. Remember the grocery store cashiers, hairdressers and bartenders – anyone who deals with a traumatized public is at risk for secondary trauma.

And the survivors… Imagine the horror when it sounds as if everything evil in the world is trying to break down your door. They will need to tell their stories, to hear themselves say the words aloud. It helps them process what has happened.

This is where you come in.

Listening is one of the best and most helpful things you can do for a survivor. It does not mean injecting your own thoughts and experiences. The saying is that God gave us two ears and only one mouth and that we should use them in that proportion. This is about what they need, not what you want to give them. You can do wonders for someone just by being attentive and respectful.

“Stealth counseling” was practiced in Joplin. Shopping assistants at the relief centers were trained in basic psychological principles, including effective listening. As they helped survivors gather goods they needed, they would draw folks out, encouraging them to tell their stories, and get a sense of how they were coping.

By far the best example involved “comfort dogs” of a local Lutheran Church, golden retrievers who had been trained in human interactions. Their handler took them to the mall and settled onto a sofa in a high-traffic area. Who doesn’t love a golden retriever? People came over. “Can I pet them?” Sure, you can!

The handler, also trained in basic psychological techniques, asked the all-important question: how are you doing? Disarmed by the presence of the dogs, people told him. If he sensed they needed more than just a sympathetic ear, he suggested, “Here’s someone you might want to talk to.”

People who would never, ever go to a formal counseling session just received an informal one.

If you’re one of the survivors telling the stories, I do have one thing to say. Whatever your reaction to the trauma, I am willing to bet that it’s normal. You are not mentally ill. You are an ordinary person thrown into extraordinary circumstances. If you were not knocked severely off-center by this, then I would worry about you.

And you are not a victim. You are a survivor. Give yourself credit for that.

The little things count. Besides listening, the very act of helping people fill their post-disaster needs improves their mental health. Help them fill out insurance or aid forms. Give them a ride to the relief center. Aid them in gathering supplies there. Such tender mercies may provide them with hope and a human connection when all seems lost and lets them mark a thing or two off their bulging to-do list. That, by itself, is big.

Watch for the transition. I picked up on it about three weeks after the Joplin tornado. The timing may differ for others, but all will go through it at some point.

“It” is the transition from the short-term effort to the long term, as dramatic progress in people’s day-to-day situations becomes harder to come by. At first, a survivor’s fortunes could brighten significantly in a single day. Someone hospitalized due to the tornado improves enough to leave. A newly homeless survivor finds a place to stay for a while. An insurance check arrives.

As the rate of progress slows, it becomes clear that this is, indeed, a marathon, and not a sprint. It was not just a bad dream. It happened, and it will take longer than you figured to come back from it.

The realization occurs just as the shock is wearing off. It had been protecting people from the full emotional impact. Expect every kind of abuse problem to spike. Support groups will swell.

Beware the first day off after the disaster. Perhaps your job has kept you focused on one specific challenge in the aftermath, your blinders shutting out everything else. When you finally get a chance to breathe, your mind will be free to wander, and guess where it goes: to the big picture, the enormity of everything that has happened. For some, it is the first chance they’ve had to see the full extent of the damage. Don’t plan anything ambitious for that first day off, and have a few boxes of tissues on hand.

One last thing: this is your finest hour. Your community will never be as selfless and united as it is right now. Please relish it if you can.

https://brnodaily.com/2021/07/23/lifestyle/after-the-whirlwind-a-letter-to-south-moravia/https://brnodaily.com/wp-content/uploads/2021/07/Tornado_1_credit_Hzscr.cz_-1024x682.jpghttps://brnodaily.com/wp-content/uploads/2021/07/Tornado_1_credit_Hzscr.cz_-150x100.jpg2021-07-23T09:47:42+02:00GuestBD MagazineSouth MoraviaThe devastating tornado that recently hit South Moravia was the kind of natural disaster that can change lives - and entire towns - forever. However, the communities affected in the Hodonín and Břeclav districts are not the first to have lived through such disasters, and a lot can be...Guest team@jobspin.czEditorBrno Daily 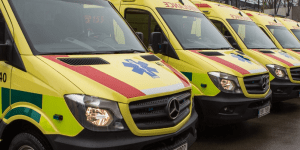 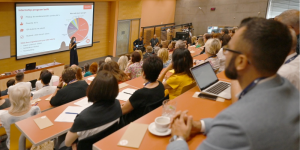 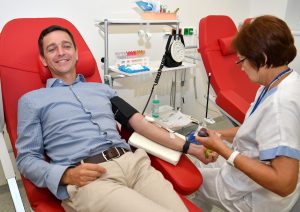 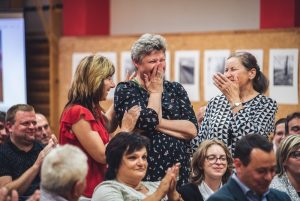 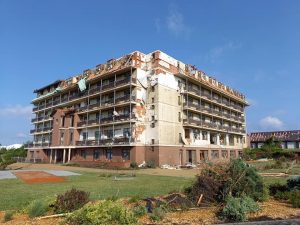 New Home For The Elderly To Be Built In Hodonin, Replacing Tornado-Damaged Facility 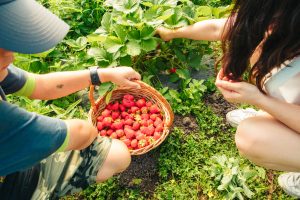 « Police, Soldiers, and Firefighters Who Served During Pandemic To Receive Reward of CZK 20,000
Brno Olympic Festival Helps The City Tap Into the Olympic Spirit »