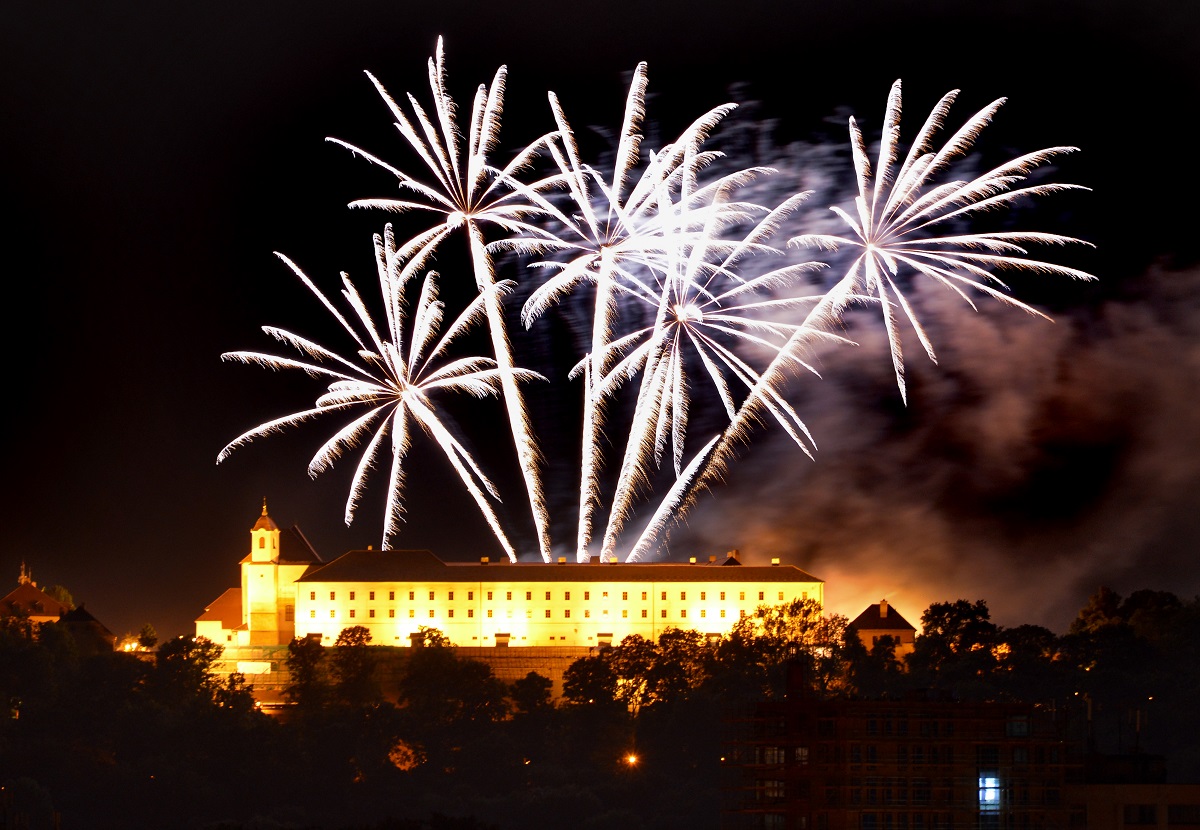 For the twenty-fourth edition of the Ignis Brunensis festival, five international artistic fireworks displays will illuminate the sky over Špilberk Castle between June and August, and a drone show will also be performed over Kraví hora. Photo Credit: Marie Schmerková / MMB.

Brno, May 31 (BD) – The production team for the Ignis Brunensis festival is preparing a series of five fireworks displays over Brno’s Špilberk Castle. Four international in-competition artistic firework shows will take place at 10.30pm on June 26th, July 3rd, August 7th, and August 14th. The fifth show will take place at the beginning of the school year on September 11th, with an out-of-competition epilogue devoted to all children everywhere.

This year, the city will also stage a drone show over Kraví Hora, creating colorful patterns in the sky. The drone show is a greener and less noisy version of fireworks, but offers an equally breathtaking spectacle, and will be performed on Saturday, August 7th, at 9.30pm, with a repeat show at 11pm.

Taking into account the delimitation of the impact zone and the provision of monitoring points, a maximum of 100 drones can be in the air at one time. The eight-minute performance will be coordinated with the Planet Festival, organized by the Brno Observatory and Planetarium on Kraví hora from August 6th to 12th.

“As it is not possible to fly in the rain, or in winds above 40 km / h, and because we still have to take into account possible anti-epidemic measures, the city has reserved the opportunity to decide by noon on Thursday, August 5th – without increasing costs – that the show will move to another day in August. We will take care that viewers do not miss this breathtaking experience mediated by state-of-the-art technology,” said Tomáš Koláčný (Piráti), Second Deputy Mayor of Brno.

The current government measures and the outlook for the summer do, however, mean that changes have to be made for this year’s festival. Live streamings of the fireworks in high definition will be broadcast on the YouTube channels BRNOmycity and the official Czech Republic channel Visit Czech Republic.

An agreement was reached with the confirmed participating countries (moved back from last year) that their in-competition shows at the Brno Dam would be postponed until 2022. The preparation of brand new firework projects began at the same time as this year’s festival. Špilberk Castle was chosen as the main location for 2021.

“It was already clear in the autumn and during the first months of this year that firework shows would again not be possible at Brno Dam this year, where tens of thousands of spectators gather in one place on the beaches every year. For this reason various “maneuvers” and negotiations at the international level have again taken place in advance,” said Jiří Morávek, Managing Director of the organizing company SNIP & CO.

The theme of this year’s Ignis Brunensis festival is “Messages”, in the form of salutations and wishes from Brno to the world and from the world to Brno.