Price of New Apartments In Brno Tops CZK 100,000 Per Sq.m For The First Time 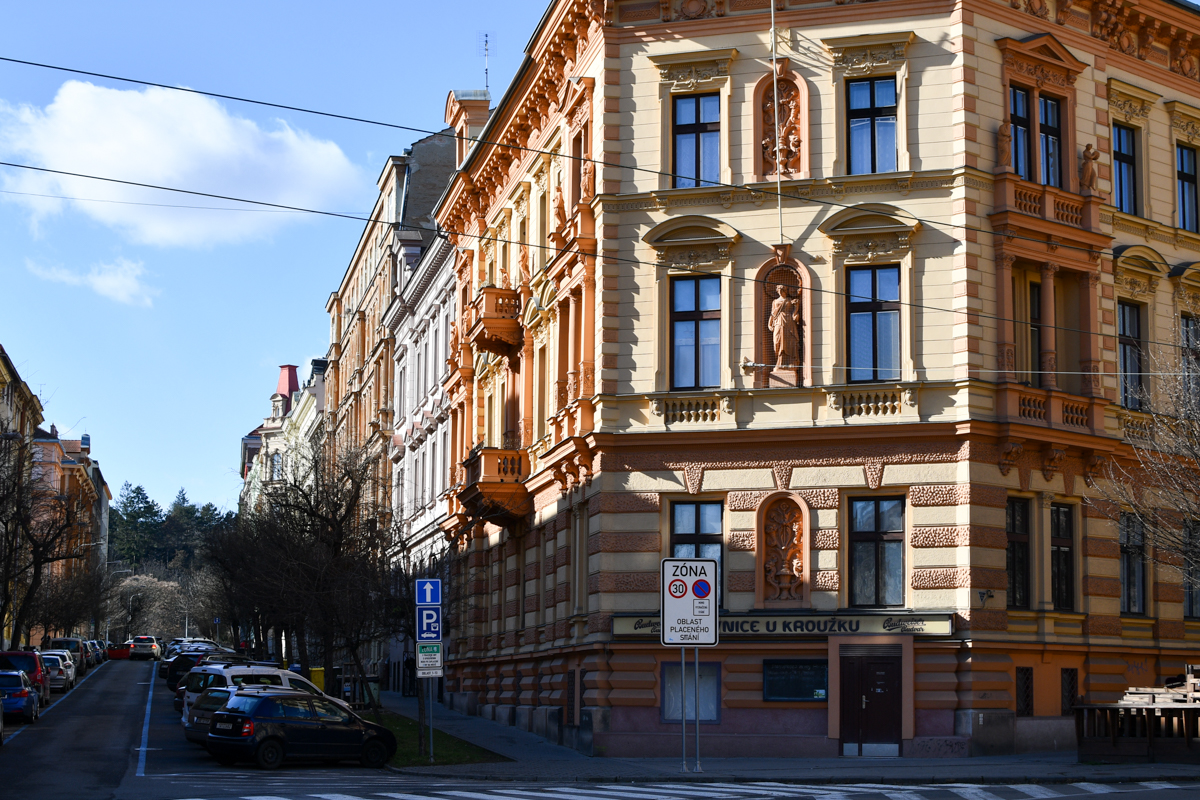 The average price per square meter of a new apartment in Brno has exceeded CZK 100,000 for the first time. The continuing increase in prices is due to a long-term lack of new construction, which is limited mainly by inflexible planning regulations, according to analysis from the Trikaya real estate group. Photo Credit: TMA / BD.

Brno, May 3 (BD) – One year ago, a new apartment in Brno CZK 1 million cheaper than now. This year’s buyers will pay an average of 27% more for their property. High prices are mainly due to ossified planning regulations, a slow permitting process for new constructions, and the rising cost of land and construction work, including materials, according to analysis by the Trikaya real estate group.

“It’s not only the year-on-year increase in prices which is alarming, but also the enormous price growth in the last quarter, which is now around 12%. Ordinary citizens interested in owning real estate will continue to move beyond the borders of Brno, and the costs of infrastructure and operation of the city will increase,” said Alexej Veselý, Executive Director of Trikaya.

There are currently 483 vacant flats in new buildings in Brno. 324 of these became available in the first quarter of this year, but three quarters of them were part of a single residential project. Although apartments are constantly increasing in price, and a square meter costs an average of almost CZK 109,000, up to 40% of the newly available flats are already reserved.

Graph: Development of the average price of vacant flats in the new buildings in Brno. Source: Trikaya, 2021.

249 new apartments were sold in the first quarter of this year. Although this was 30 fewer than in the same period last year, the total value was CZK 1.37 billion, a 9% increase overall. Studios, which are the most sought-after type of flat, have risen in price by as much as 34% year-on-year.

In the current situation, an ever-decreasing percentage of middle-class people can afford a new apartment. According to experts, the chances of cheaper new flats becoming available in the center of Brno are slim, because demand is not falling despite rising prices.

“Apart from investors, who are attracted by the prospect of profit, many speculators, who were not common before, have several empty apartments, which only serve to preserve value. This trend has been supported not only by the dramatic rise in prices itself, but also by the abolition of the property acquisition tax, which partially discouraged short-term speculative purchases,” added František Šudřich, Business Manager at Trikaya.

The Trikaya real estate group has been monitoring the new construction market in Brno every month since 2014. Their analysis uses a statistical database based on all flats offered for sale in Brno’s new buildings. Thanks to regular updates, the data reflects not only the current state of supply but also the development of sales and prices of individual properties, down to the level of specific flats.

The source database currently counts 224 development projects with more than 9,400 individual flats. This is the most detailed analysis of the newbuild market in Brno, since it records prices at the time of the sale, not up to the date of publication in the real estate cadastre.

https://brnodaily.com/2021/05/03/brno/price-of-new-apartments-in-brno-tops-czk-100000-per-sq-m-for-the-first-time/https://brnodaily.com/wp-content/uploads/2020/02/Streets-BrnoDailyCreditTMA-47-8-1024x683.jpghttps://brnodaily.com/wp-content/uploads/2020/02/Streets-BrnoDailyCreditTMA-47-8-150x100.jpg2021-05-03T16:01:35+02:00Benedetta PisaniBrnoAccommodation,Brno,Housing,PricesThe average price per square meter of a new apartment in Brno has exceeded CZK 100,000 for the first time. The continuing increase in prices is due to a long-term lack of new construction, which is limited mainly by inflexible planning regulations, according to analysis from the Trikaya real...Benedetta PisaniBenedetta Pisanibenedetta.pisani@edu.unito.itAuthorHuman rights, equality, and sustainability activist. Passionate about writing, drawing, empathic listening, and social commitment.Brno Daily

Human rights, equality, and sustainability activist. Passionate about writing, drawing, empathic listening, and social commitment.
View all posts by Benedetta Pisani →
« Streets in Židenice Closed After Discovery of Red Phosphorus In A Car
Eurobarometer 2021: Czech Confidence In The Government Lowest In The EU »