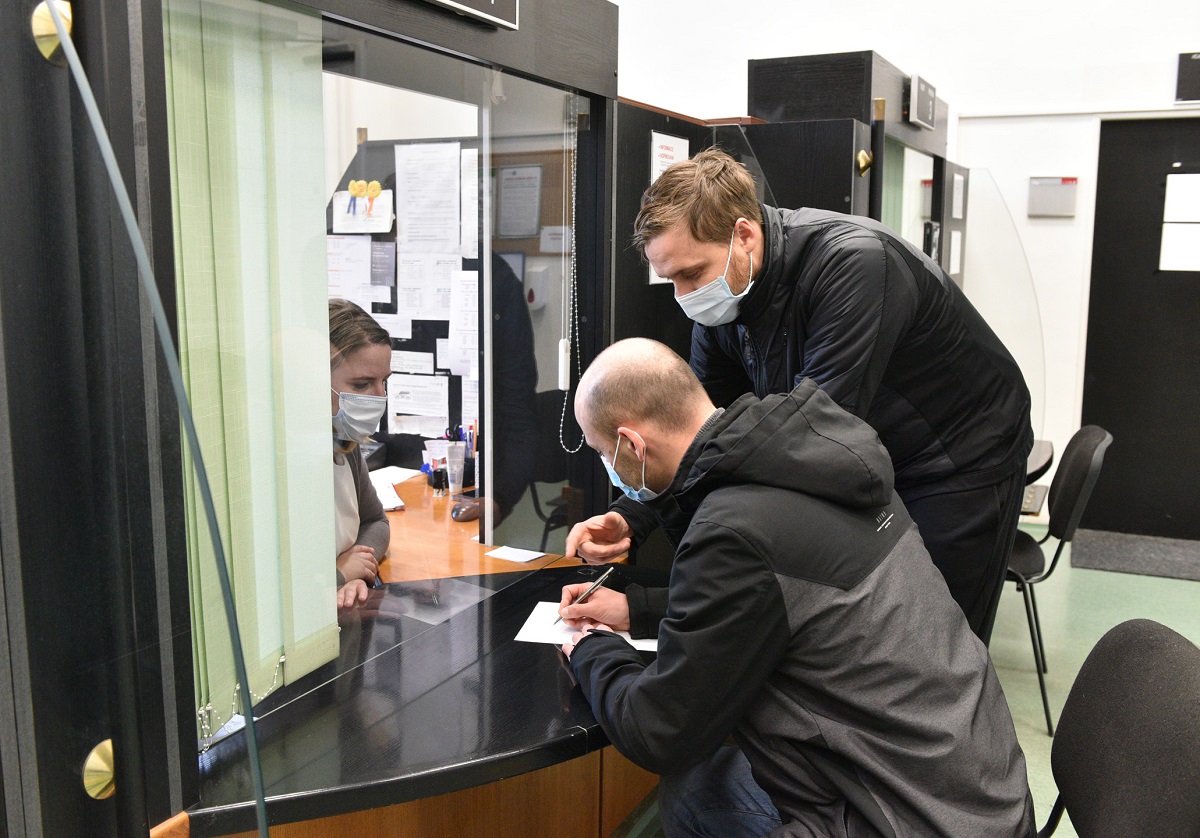 Intercultural assistants help bridge the cultural and linguistic gap between foreigners and public service employees. The integration project, facilitated by the City of Brno, has been named among 27 of the best social innovation projects in Europe in a recent publication by the European Commission. Photo credit: MMB Archive.

Brno, Feb 4 (BD) – A significant number of internationals are attracted to living in Brno. Recognising that cultural differences and language barriers may be a setback for the integration of foreigners, the City of Brno has implemented several projects to ease the transition. Recently, the European Commission identified Brno’s ‘Intercultural Assistants’ as an example of good practice and included the initiative in a recent survey of best social innovation projects across Europe, one from each member state. The project was also added to an online database of 100 best practice integration initiatives, to be available on the website.

Operating in six languages (Vietnamese, Ukrainian, Russian, Romanian, Moldovan and Arabic), Brno’s intercultural assistants are employed by the municipality to help reduce barriers between foreign residents and public service officers. The role of intercultural assistants is to help migrants become accustomed to domestic rules, laws, rights and obligations, and to provide counselling and personalised support.

The intercultural assistant project was previously selected by Charles University in Prague to represent the Czech Republic in the SIRIUS international research study into the integration of foreigners, conducted by eight European universities.

The six languages for which assistants are available were selected based on data from the Interior Ministry and the Czech Statistical Office on the number of foreigners living in Brno. The integration needs of migrants were also taken into account, as the greater the cultural and linguistic differences of a certain group, the more challenges they face adapting to the Czech environment. The initiative also considered whether support was already available in certain languages.

Most of the assistants are themselves from the international community, enabling them to understand cultural differences and perceive what behaviour could be misinterpreted by either party. Using effective communication skills and cultural knowledge, the assistants are able to explain misunderstandings, prevent possible conflict and help both foreigners and locals.

“Of course, we did not invent intercultural work here in Brno, it is a proven way to work with immigrants from abroad. However, it is exceptional that in Brno the city takes care of integration, rather than non-profit organizations. This gives our intercultural staff credibility both for foreigners and for other participants – teachers, school principals, officials, employees of banks, insurance companies and the like. At the same time, this opens up the possibility of not only providing individual assistance, but also developing systemic solutions based on their insight and experience. For example, instructional videos were created for the Vietnamese community on how to deal with certain life situations, such as enrolling children in kindergartens in Brno, what one needs to get a birth certificate, or the system of compulsory school attendance in the Czech Republic,’’ said Deputy Mayor for Social Services Robert Kerndl (ODS).

The intercultural assistants find new clients either through field work by visiting hostels, buildings, railway stations and public places, or through social networks. The assistants ask foreigners what they need help with, provide contacts to administrative services, help process driving or trade licenses, assist with contracts, and accompany them to meetings at schools or with doctors.

The project began in 2017, and helps several hundred people and dozens of institutions each year. Last year, the city used the experience gained through this initiative to create the new SKILL centrum project, in cooperation with the South Moravian Region, which helps educated and qualified foreigners avoid ending up in inferior positions.

“For centuries, Brno has been a city where members of several nations or ethnic groups lived side by side, and in recent years the composition of the population in this direction has been even more diverse. It is natural that we try to include them in society and facilitate their access to important information. The experience gained by intercultural staff in their work shows that they not only acquaint their clients with their responsibilities, such as paying for waste or observing the night noise rules, but they also represent their rights. Especially with manual workers, for example, they discovered that foreigners did not have accurate information about their entitlement to leave or sick leave, which employers could then abuse. However, all people are equal in rights and obligations, regardless of skin color or the language they speak,” said Mayor of Brno Markéta Vaňková (ODS).

https://brnodaily.com/2021/02/04/brno/city-of-brno-commended-by-european-commission-for-innovative-integration-of-foreigners/https://brnodaily.com/wp-content/uploads/2021/02/Brno-magistrate-assistance-for-foreigners-credit-MMB-Archive-1024x715.jpghttps://brnodaily.com/wp-content/uploads/2021/02/Brno-magistrate-assistance-for-foreigners-credit-MMB-Archive-150x105.jpg2021-02-04T14:54:04+01:00Kim BingelBrnoNewsBrno,ForeignersIntercultural assistants help bridge the cultural and linguistic gap between foreigners and public service employees. The integration project, facilitated by the City of Brno, has been named among 27 of the best social innovation projects in Europe in a recent publication by the European Commission. Photo credit: MMB Archive.  Brno,...Kim BingelKim Bingelkjbingel@gmail.comAuthorSouth African in Brno. Independent international traveller. Enjoys nature and a sustainable lifestyle.Brno Daily