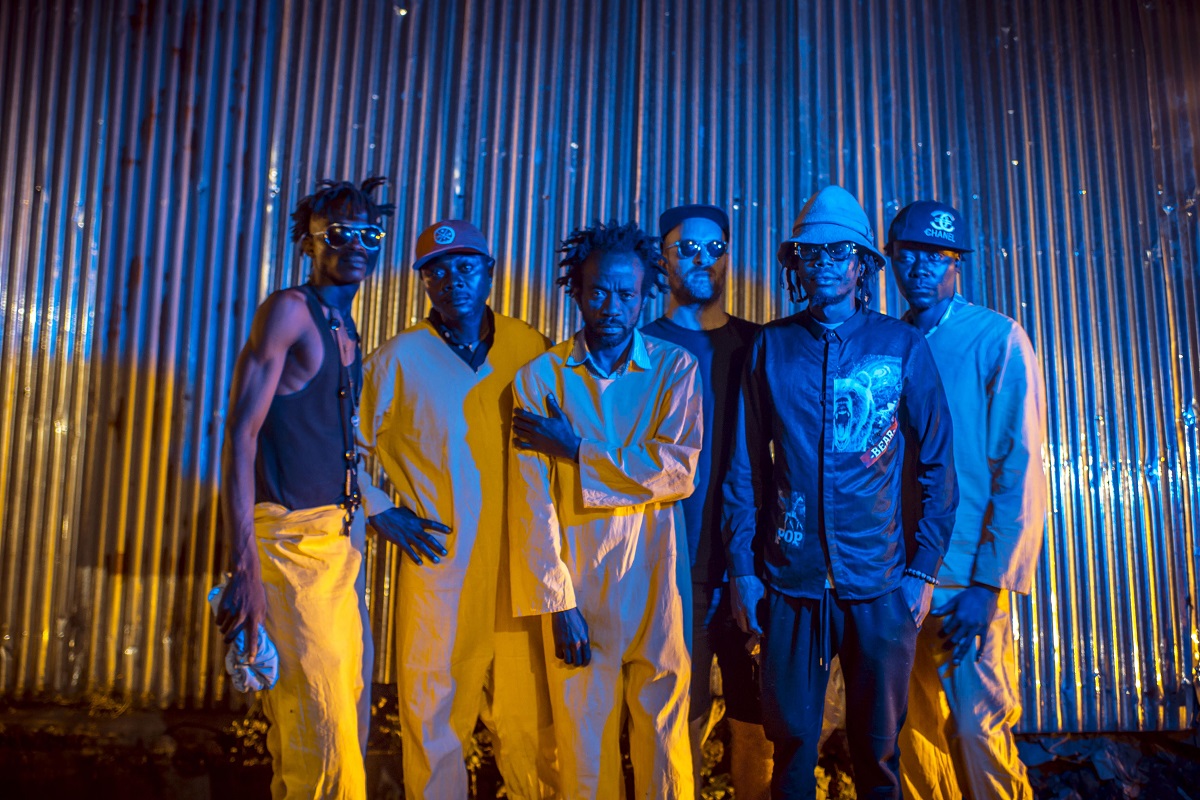 The two-day festival, which is backed by the City of Brno, will bring a rich program of international artists to the Za Luzankami stadium complex near Bobycentrum on July 24th-25th. Acts already confirmed include Berlin electronic duo Modeselektor, US rock band Algiers, and Parisian collective Acid Arab. Picture: KOKOKO!. Courtesy of Pop Messe.

Brno, Feb 6 (BD) – This summer, Brno is set to play host to an exciting new music festival, Pop Messe, which hopes to rival other highlights of the summer festival circuit such as Colours of Ostrava and Pohoda. So far only a quarter of the eventual line-up has been announced, but the full program will include over 40 acts from all over the world. Among those acts already announced for the entertainment of Brno’s audiences are Parisian electro house duo Acid Arab, who are inspired by Eastern music; provocative rapper Tommy Cash; Icelandic songwriter Sóley; afrofuturist collective KOKOKO!; British funk-jazz artist Kamaal Williams; and Irish folk group Lankum.

Taking place over two days from July 24th-25th, the festival will cover a wide range of genres, according to festival organizer Tomáš Kelar: “The line-up will largely consist of hip-hop, electronic, and guitar music. However, we also expect space for genres such as folk, jazz and world music, and we will not leave out classical music. We will also have a focus on current social issues such as ecology, society and technology.” Kelar added that the festival intends to cater not only for young audiences, but also older music connoisseurs, and will include events adapted for families with children.

According to the organizers, the setting of the dilapidated stadium behind Luzanky is ideal for such a festival: “On the one hand, it carries elements of urbex, and explicitly raises thoughts of ecology, technology and social issues. On the other hand, it is also an attractive location for the artists, and we are sure they will really enjoy performing in such scenery,” said the Pop Messe promoter Vilém Spilka. The faded glory of the former sports and entertainment complex recalls not only the 1990s, but also the period before. Until recently, the melancholic scenery of the concrete stadium, overgrown with wild greenery, recalled some kind of dystopian vision. However, the Bobycentrum building, once bright white, reminds those who see it that Brno also had its own American Dream after the revolution. This setting provides the genius loci for the Pop Messe festival, where contemporary culture will resonate against the background of a recent past that still echoes in the present.

For Brno’s Council Member for Culture Marek Fišer (Piráti), the location has a special meaning: “There is no place in Brno to which I feel a stronger bond than Za Luzankami. I experienced the unique atmosphere of 30,000-attendance football crowds, my first Metallica concert, and the heart-stopping hockey finals of the Nagano Olympics. I firmly believe that the Pop Messe music festival will become one of the main driving forces moving the scene, and exploiting the potential not only of the complex itself, but of the whole of Brno, which is a proud UNESCO City of Music. I am very pleased that we in the city management are supporting this ambitious project, and believe that the festival will win fans not only in Moravia, but from all over Europe.”

The organizers will decide exactly how to use the space in the next phase of planning, partly based on the number of tickets sold. “Inside the stadium there may be a stage or a tent town,” said Spilka. In case of bad weather, the organizers will provide an indoor alternative in the Bobycentrum Hotel.

The full list of acts announced so far is as follows:

Tickets are available today for a starting price of CZK 630. Ten crowns from each ticket sold will go to the Social Endowment Fund of the City of Brno and the South Moravian Region, who will deliver the proceeds to the RadoVan association, which helps people with disabilities travel. The festival is being supported financially by the City of Brno, who have allocated CZK 6 million to organize the first year of the festival.

https://brnodaily.com/2020/02/06/pop-culture/pop-messe-international-music-festival-is-coming-to-brno-in-july/https://brnodaily.com/wp-content/uploads/2020/02/KOKOKO-band-credit-Pop-Messe-1024x683.jpeghttps://brnodaily.com/wp-content/uploads/2020/02/KOKOKO-band-credit-Pop-Messe-150x100.jpeg2020-02-06T11:22:28+01:00Jack StephensPop CultureBrno,Festival,MusicThe two-day festival, which is backed by the City of Brno, will bring a rich program of international artists to the Za Luzankami stadium complex near Bobycentrum on July 24th-25th. Acts already confirmed include Berlin electronic duo Modeselektor, US rock band Algiers, and Parisian collective Acid Arab. Picture: KOKOKO!....Jack Stephens jack.stephens50@gmail.comAuthorA writer and English teacher originally from London who has lived in Brno since 2011, interested in politics, low culture, and all things strange and/or Czech.Brno Daily

A writer and English teacher originally from London who has lived in Brno since 2011, interested in politics, low culture, and all things strange and/or Czech.
View all posts by Jack Stephens →
« Proposal To Name The Square In Front of the Future Janáček Cultural Centre After Ludvík Kundera
Brno from B to Ž: A Tough-Love Guide to the City’s 48 Neighborhoods »