Presidential Election: Nerudova Calls On Her Supporters To Vote For Pavel in Second Round 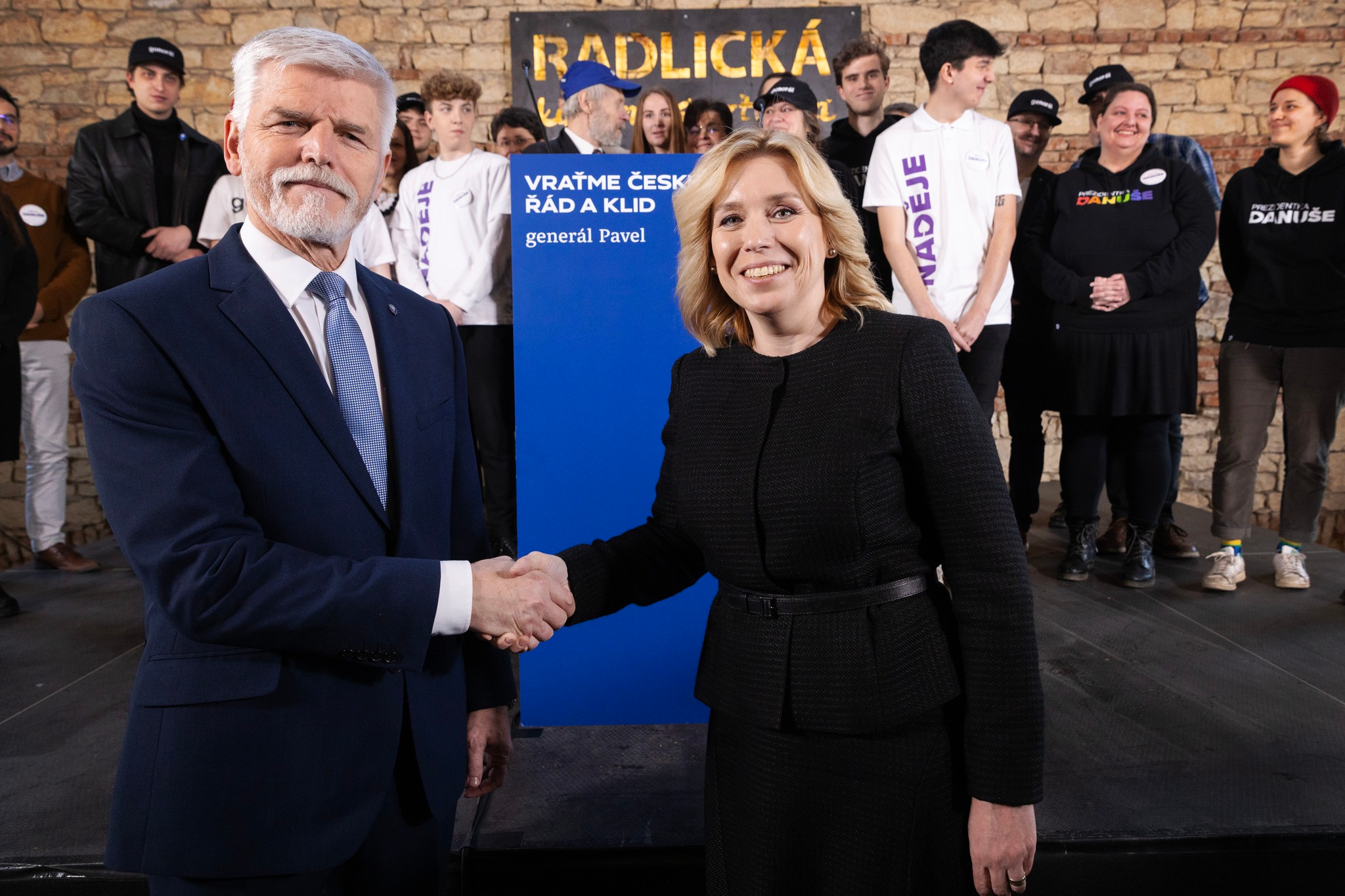 General Pavel said he wished to continue working on the issues raised by Nerudova in the first round. Photo credit: General Pavel, via Facebook.

Prague, Jan 17 (CTK) – Danuse Nerudova, who won 13.9% of the vote in the first round of the Czech presidential election, finishing third, will actively support Petr Pavel, who advanced to the runoff along with ex-PM Andrej Babis (ANO), and will take part in his campaign events, she said today at a press conference co-organised with Pavel.

Nerudova called on the 777,000 voters who supported her last weekend to take part in the runoff and cast their votes for retired general Pavel.

She said it was necessary to “defeat the evil that is here,” adding that Babis must not become the head of state.

Nerudova said supporting Pavel is a guarantee that attention on the issues focusing on young people, which she raised during her campaign, would be maintained in the campaign and then in the Presidential Office.

Pavel said their election teams agreed on the details of their cooperation on Monday. He said they would share some advertising space, appear together at some events, and cooperate closely.

Nerudova said she and Pavel would go to drink beer together with their teams and volunteers today. On Thursday, she will accompany Pavel to a meeting in Ostrava.

Pavel said support from another candidate, senator Pavel Fischer, who finished fourth with 6.7% of the vote, may be similar. He said he and Fischer would discuss the details on Wednesday, adding that they will make a video together.

Pavel said he appreciated Nerudova’s support. “I consider it an expression of the forthcoming political culture,” he said.

He said the runoff would not be a fight between the preferences of Prague and the countryside or between cities and villages. “It is rather a struggle of the world in which we appreciate decency, dignity and compromise, and the world that does not mind telling lies and manipulating, and only focuses on the fight for power and influence.

Despite the mutual reservations between him and Nerudova before the first round, they felt close to one another in their visions, and their differences had never been a barrier to their mutual endorsement in the runoff, Pavel said.

The issues that Nerudova raised during the campaign should not disappear after the first round, he said.

Nerudova appreciated that Pavel wanted to continue her focus on issues aimed at young people. She said Pavel represented democratic and pro-Western values but Babis did not. “We need a president who is not running for president in order to increase the profits of his firms but a person who will be promoting the development of a new political culture.”

Babis is a billionaire, and one of the richest people in the country. When he was finance minister several years ago, he transferred his huge chemical, agriculture and media holding company Agrofert into trust funds in order to comply with new legislation related to conflicts of interest.

https://brnodaily.com/2023/01/17/news/politics/presidential-election-nerudova-calls-on-her-supporters-to-vote-for-pavel-in-second-round/https://brnodaily.com/wp-content/uploads/2023/01/1673964586490-1024x683.pnghttps://brnodaily.com/wp-content/uploads/2023/01/1673964586490-150x100.png2023-01-17T16:03:35+01:00Czech News AgencyCzech Republic / WorldPoliticsCzech Republic,News,PoliticsGeneral Pavel said he wished to continue working on the issues raised by Nerudova in the first round. Photo credit: General Pavel, via Facebook.  Prague, Jan 17 (CTK) - Danuse Nerudova, who won 13.9% of the vote in the first round of the Czech presidential election, finishing third, will actively...Czech News AgencyCzech News Agencyabstract000@hotmail.comAuthorBrno Daily