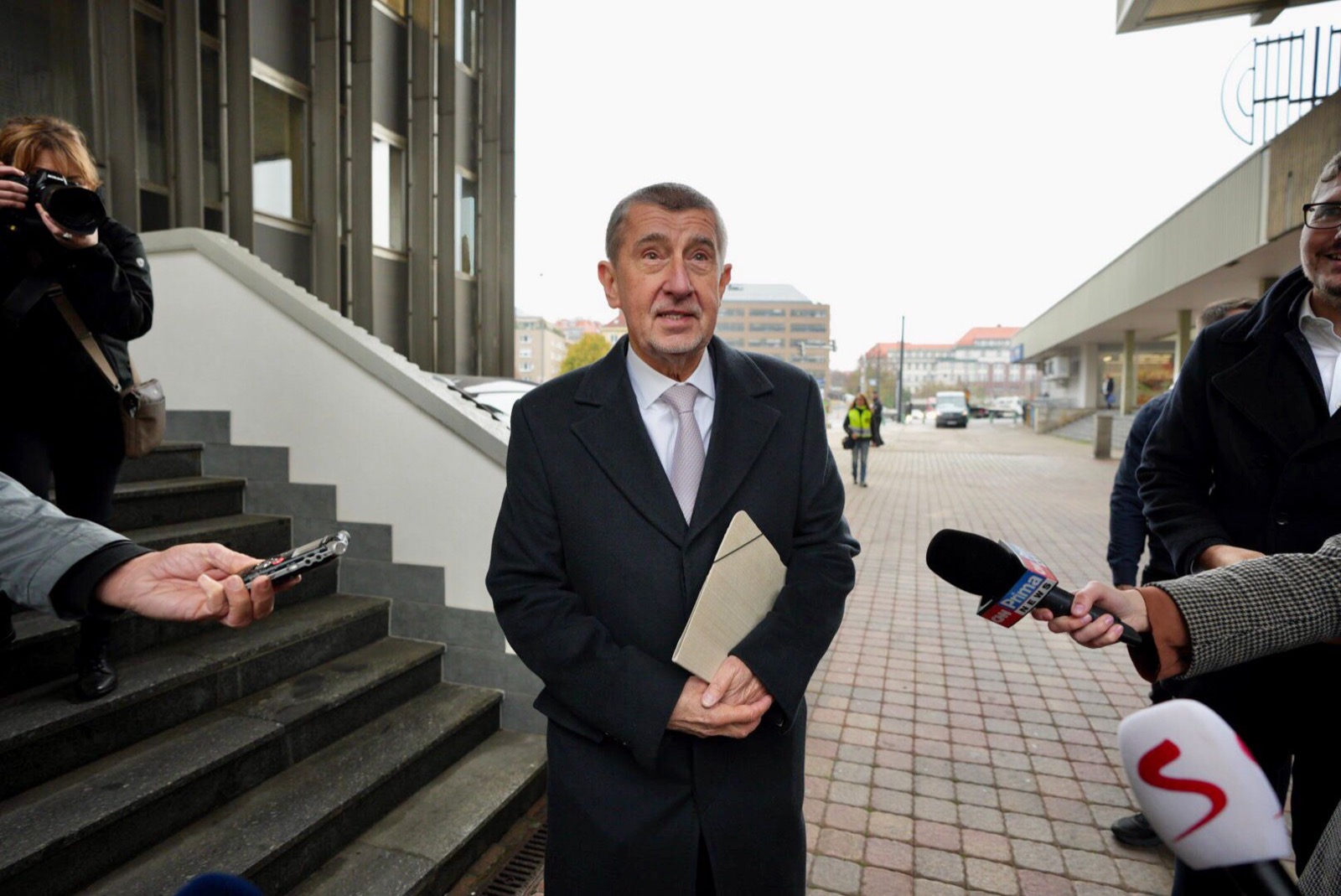 Nagyova has been charged with subsidy fraud and harming the financial interests of the EU, and Babis with participation in subsidy fraud. Both of them have maintained their innocence from the beginning.

Under the Penal Code, both Babis and Nagyova should be punished with five to ten years in prison. Saroch said he believes the conditions for giving a lower punishment have been met. He said the sentencing should take into account how many years ago the crime was committed, how the suspects behaved during the criminal proceedings and that Imoba paid the amount of the granted subsidy, although without recognising that the subsidy was granted unfairly.

The closing arguments of the defendants and their defence counsels are to follow today.

In a break, Babis again claimed that the criminal prosecution was political, and said his speech in court would be long. Nagyova said the prosecutor’s proposal seemed so absurd that she would not comment on it.

Saroch claims that Babis used his influence to fraudulently create conditions for the Capi Hnizdo Farm to gain a subsidy within a program for medium-sized businesses, despite knowing that the company is interconnected with other firms in Agrofert, his giant chemical, agricultural and food holding company.

Nagyova submitted the successful application for a CZK 50 million subsidy.

In 2007-08, Babis arranged for the farm to leave the Agrofert group and become a joint stock company with bearer shares owned by his children and partner. After a couple of years observing these subsidy conditions, the farm returned to Agrofert.

Saroch today recalled that Babis’s son Andrej Babis Jr testified in court in September that he had not signed any document transferring shares in Capi Hnizdo to him in the late 2000s. In such a case, Babis Jr did not therefore become an owner of one-quarter of the shares, and this quarter remained a part of Agrofert.

As Agrofert had a turnover of billions of crowns and a large number of employees, Capi Hnizdo could not have been considered an independent small or medium-sized company, Saroch said.

He said the farm had no problem accessing funds for the construction of its conference centre and its operations, thanks to its relations with Agrofert. He said the company received a loan from the HSBC bank and multiple loans from Agrofert.

Saroch said Babis later arranged that the brother of his partner received a majority of the shares, so that his relatives would not have too many voting rights and the firm could be formally designated as an independent company and could apply for the subsidy. But the interconnection of Capi Hnizdo and Agrofert is evident not only in family relations but also in the statements of some witnesses, Saroch said.

Now, Capi Hnizdo is owned by Imoba, part of the Agrofert holding. Imoba returned the contested subsidy to the state in 2018. Babis owned the Agrofert group until 2017, before transferring it to trust funds.