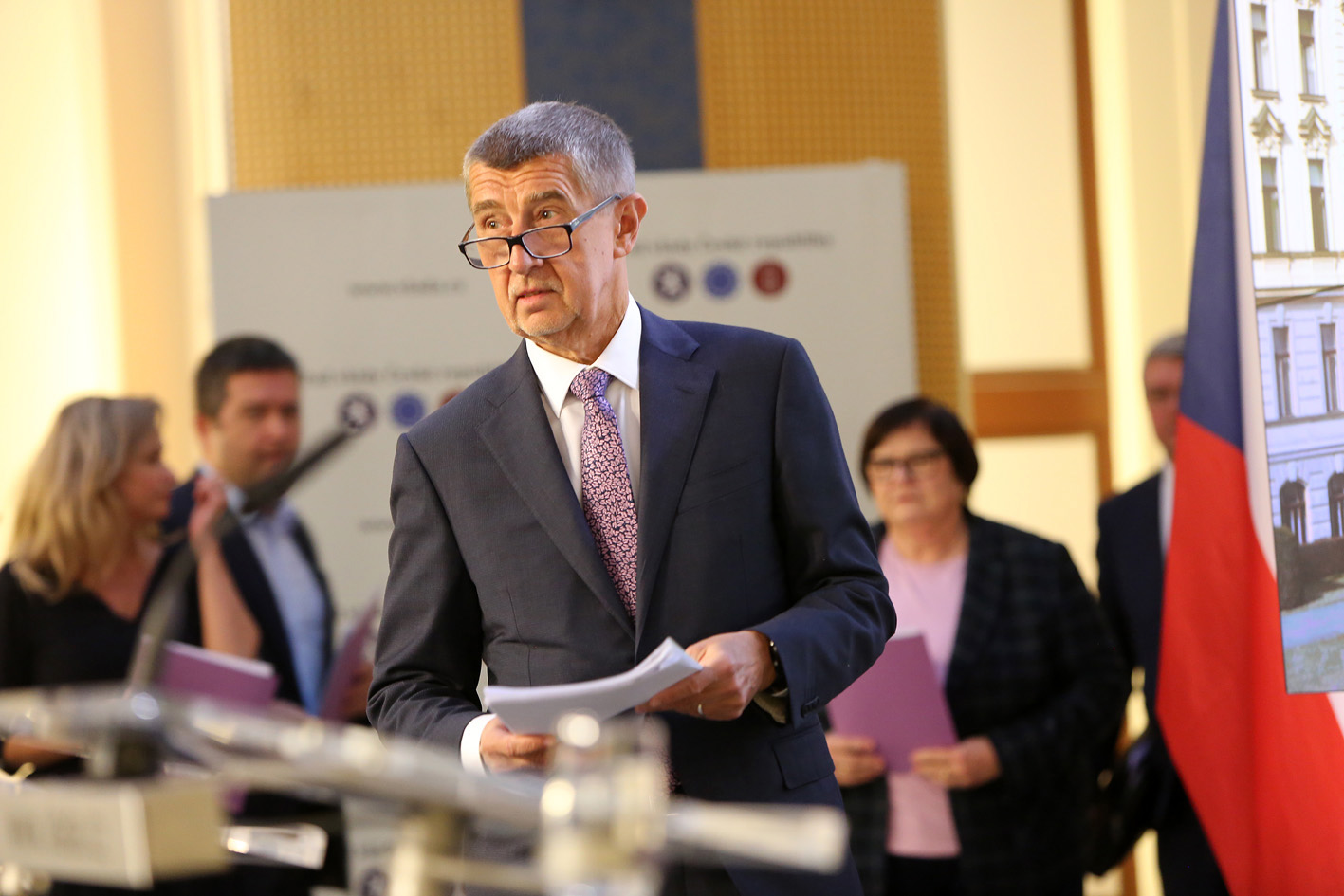 Babis has not yet confirmed whether he will attend the big televised debates scheduled for the coming weeks. Photo credit: Vlada.cz.

Prague, Jan 3 (CTK) – Ex-PM Andrej Babis refused to participate in a presidential candidate debate staged today by the tabloid Blesk, accusing the media of wanting to turn the election into “a show” unbecoming of the presidential office.

The other presidential candidates invited to attend the debate were senator Pavel Fischer, economist Danuse Nerudova, retired general Petr Pavel and trade union leader Josef Stredula, all of whom agreed to participate.

In the autumn, Babis announced that he would not attend the debates until the end of the year, and would decide later on whether to attend further debates held before the January 13-14 first round of the elections.

He has not yet confirmed whether he will attend the big televised debates scheduled for this and next week.

“Voters know me and my opinions well from my time in office as the finance minister and prime minister, and I will definitely present them to the voters at a suitable moment,” Babis said.

Nine candidates are running for president.

A debate of the six minor candidates will be broadcast by TV Prima and CNN Prima News on Wednesday at 20:15. The participants will be far-right MP Jaroslav Basta (SPD), entrepreneur Karel Divis, senators Pavel Fischer and Marek Hilser, Stredula and former Charles University rector Tomas Zima.

A week later, on 11 January, CNN Prima News and TV Prima will broadcast another debate involving the leading candidates in the election, according to public opinion polls. The guests are yet to be announced.

Nova TV plans a debate of presidential candidates in the afternoon and evening of Thursday, 12 January.

The public broadcaster Czech Television will broadcast a debate of all nine candidates on Sunday, 8 January.

In the debate today, the candidates commented on the newly increased salaries of politicians and agreed that it was an unfortunate signal to send to citizens.

Most of the candidates did not specify who they would choose as their closest aides if elected. Pavel said he would choose Jana Vohralikova, the outgoing head of the Senate Office, as the head of his Presidential Office, and would select former diplomat Petr Kolar as an external adviser.

Discussing controversial affairs linked to individual candidates, Pavel voiced embarrassment at Nerudova having denied any responsibility for the shortcomings at Brno’s Mendel University under her term as rector.

Nerudova, for her part, said the Czech Republic should not have a president with a communist past, alluding to her main rivals, Pavel and Babis, who were both members of the Communist Party of Czechoslovakia before 1989.

Stredula criticised the absent Babis for what he called undignified conditions in the Vodnanske kure food producer, a company that is part of a Babis-controlled trust fund.

All the guests in the debate admitted that they had sometimes used dirty words in assessing the performance of the outgoing President Milos Zeman, and that they would never bestow a high state award on him.

Nerudova and Pavel admitted that they told lies as children, and both said they had smoked marijuana. Nerudova did so as a secondary school student, and Pavel did so recently together with his friends.