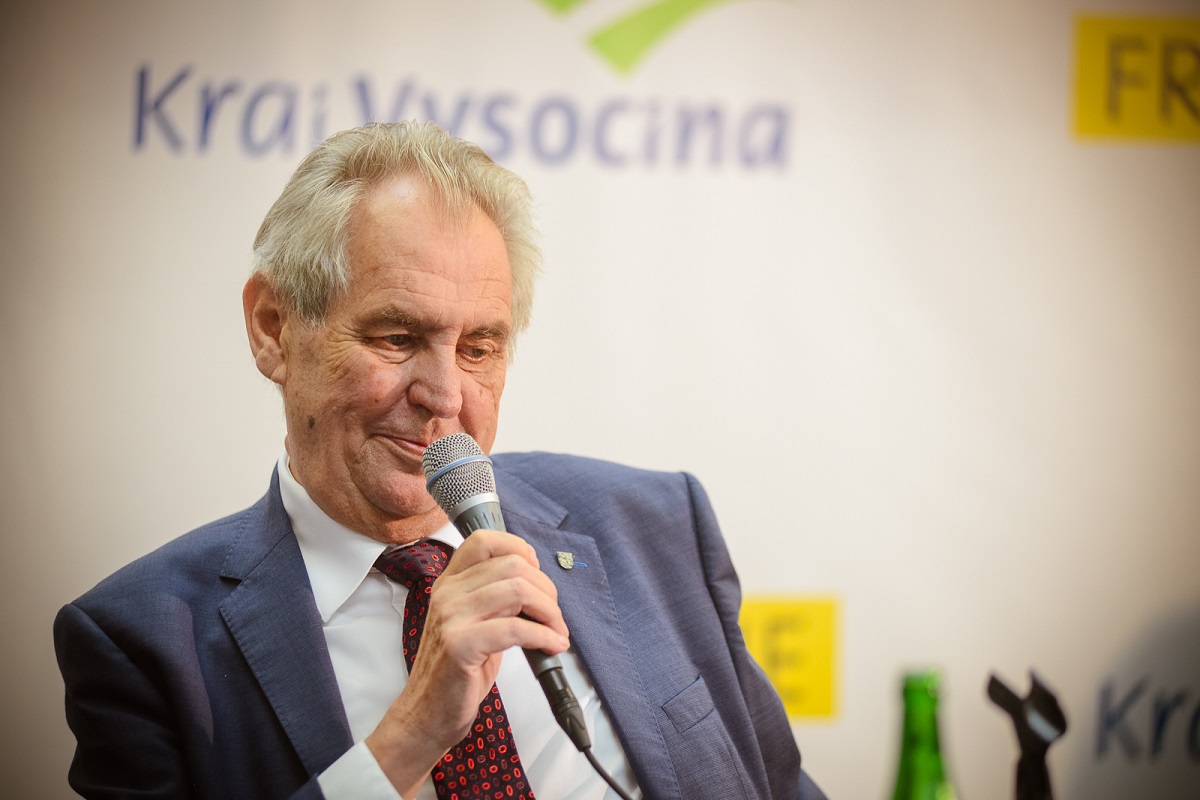 Prague, Dec 18 (CTK) – Czech President Milos Zeman will vote for former PM and leader of the opposition ANO party Andrej Babis in the January presidential election, he said in a debate on CNN Prima News yesterday. He said that of the three leading candidates, Babis is the only one with political experience.

Zeman said he does not agree with Babis on everything, as they differ on such issues as the abolition of the super-gross wage, pushed through by ANO in the previous election term.

“Politics is an occupation or profession like any other,” said Zeman. “You don’t want to be operated on by a surgeon who did not study medicine and who is doing their first surgery, and in the same way, you probably do not want someone who does not understand politics and never did politics to be the head of state.”

He confirmed that he had advised Babis not to join the pre-election televised debates. He said a debate between a moderator and one candidate is a fair discussion, where the candidate can present his or her arguments. Compared with this, he described a debate of one against eight as a kind of rally, rather than a fair discussion.

Babis told Prima TV that he highly appreciated Zeman’s endorsement. “His assessment means a lot to me, definitely,” he said.

Zeman said Nerudova and Pavel were presidential candidates without political experience, which he said was the strongest argument for him to favour Babis.

Speaking about Nerudova, Zeman mentioned the recently revealed suspicion of alleged fast-tracking of postgraduate studies by some students at Brno’s Mendel University when Nerudova was rector in 2018-2022. Zeman expressed the view that Nerudova must have been aware of the suspicious practices as rector.

When it comes to former military chief-of-staff Petr Pavel, Zeman said that Pavel understands the military but nothing else.

Reacting to Zeman on social media, Pavel challenged Zeman’s assertion that he has no experience and does not understand foreign policy.

“During my diplomatic career, I had more than 1,000 negotiations with presidents, ministers, chiefs-of-staff and kings. Zeman probably meant the ‘genuine political experience’ of lying and inciting people against each other. I really lack such experience,” wrote Pavel, who was the head of the NATO Military Committee from 2015 to 2018.

According to Zeman, even if senators Marek Hilser and Pavel Fischer withdrew from the presidential race, it would help no one as it is far from certain whether their supporters would vote for Pavel or Nerudova. These voters would possibly decide not to take part in the elections, he said.

He also said that businessman Karel Divis may be the dark horse of the election, but added that he did not expect Divis to advance beyond the first round.

Divis’s bid was registered late after a court approved his complaint about the Interior Ministry’s original refusal to register it.

Another presidential candidate, leader of the CMKOS trade union umbrella organisation Josef Stredula, was damaged by a recent demonstration he co-organized in Prague, where the attendance was quite low, Zeman said.

“It is my habit to fight, so I will carry on,” Fischer told Prima TV, responding to suggestions he could withdraw from the race.

“I believe that the first two weeks in January will show who is competent, who can manage things, and who is just pretending,” Stredula said on TV Prima in reaction to Zeman’s criticism.

Zima said the shape of his campaign is determined by the financial resources at his disposal. “We have been intensively working on it in recent weeks,” he told Prima TV.

A total of nine candidates are registered for the presidential elections.