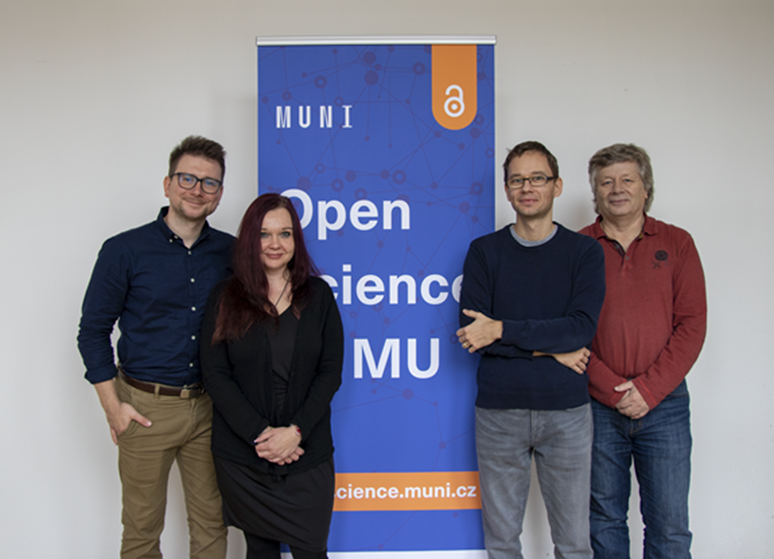 Masaryk University is the first university in the Czech Republic with a detailed and systematic approach to open science. Photo credit: MUNI.

Brno, Dec 5 (BD) – Masaryk University has approved the MU Open Science Strategy 2022–2028, a key document defining the university’s steps to share the results of its scientific and professional activities as effectively as possible within the academic sector and with the public, thus working towards its aim to be a socially responsible institution.

In addition to the sharing of scientific articles, whose publication in the so-called “open mode” is already becoming standard, Masaryk University has committed to systematically supporting the sharing and management of scientific data. This is a similar initiative to the one that has been in operation for several years within the public administration through the National Catalogue of Open Data, but for an academic environment. Examples of such public sector data uses include the ability to display the availability of exact departure times and locations of city transport via mobile applications.

The strategy aims to reinforce the social responsibility of the university, as scientific research is usually partially or fully funded by public budgets. Thus, the sharing of research results will facilitate the reuse of these data, both by the public (science enthusiasts, popularizers, and citizen science projects) and by commercial entities, where products with higher added values will in turn bring more money back into the state budget, and thus more money for science and more societal impact.

“I am very pleased that Masaryk University is the first university in the Czech Republic with such a detailed and systematic approach to open science,” said Šárka Pospíšilová, Vice-Rector for Research and Doctoral Studies at MU, who is in charge of the university’s Open Science agenda. “The steps outlined in the document are critical and are required to make our research competitive at the European and global levels.”

The strategy is being implemented at Masaryk University through the Institute of Computer Science, in cooperation with the Research Department of the Rector’s Office. “Open Science, particularly the sharing of scientific data in the so-called FAIR mode, is critical for the modern and digital development of the university in the twenty-first century,” said Luděk Matyska, Director of the MU Research Institute. “The strategy conceptually addresses these activities and prepares the university for new challenges that await us in the coming years, such as the implementation of the European Open Science Cloud (EOSC) for the Czech Republic, or an environment for pan-European research data management.”

The overall goal and vision of the new open science strategy is to ensure that the principles of open science become an integral part of the research process and the infrastructure of Masaryk University, at a similar level to the world’s leading research organisations. This step will enable the university not only to improve the quality of scientific research, but also to develop an advanced form of science support services and implement the systemic changes taking place across the entire scientific sector.

Ph.D student in Communication Studies, a hopeless cinephile and frontier culture fanatic and fussy music appreciator.
View all posts by Bing Ni →
« Re-Enactment of Battle of Austerlitz Attracts Up To 10,000 Spectators
Tickets Go On Sale For Sziget Festival, With Headliners Billie Eilish and Florence + The Machine »