Historian Zubov: My Life in Russia Would Be In Silence or Prison 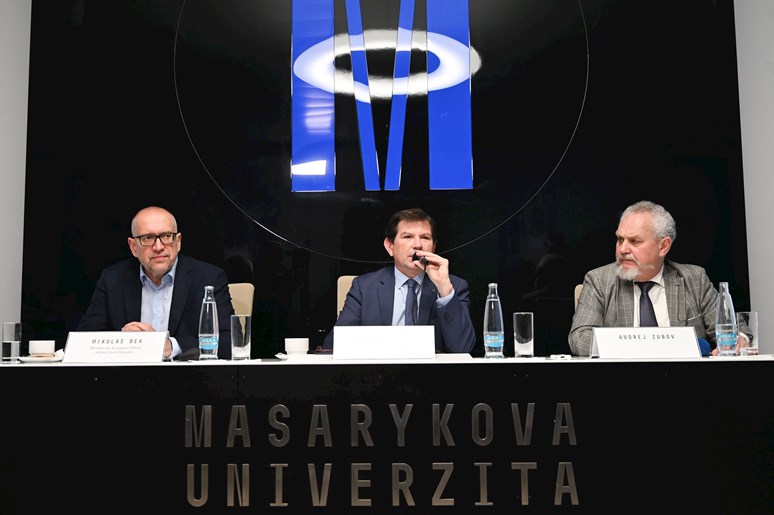 Brno, Oct 24 (CTK) – Russian historian Andrey Zubov would either be forced to keep silent or imprisoned if he remained in Russia, he told journalists in Brno today, where he has resumed university teaching after eight years.

“There is no third path in Russia for me now,” said Zubov.

He expressed his gratitude to Brno’s Masaryk University, thanks to which he is not a refugee but a visiting professor in the Czech Republic.

Zubov will lecture about the Russian history of the 20th century and the reasons for its disasters.

The current regime in Russia has been moving towards autocracy and absolutism and it has been reviving the nationalism of the 19th century, Zubov said. “What was just a part of history is becoming the present again,” he said.

Zubov said opposition activities are practically impossible in Russia now. The regime does not need people who think and know the history of their country and the world, it needs brainwashed soldiers ready to go and kill innocent people, he said.

Czech Minister for European Affairs Mikulas Bek (STAN), who took part in Zubov’s press conference today, told CTK that European countries should look for ways to provide safe haven for people from the Russian democratic opposition for whom it is dangerous to stay in their homeland.

“Some member states stopped recognizing tourist visas for Russian citizens, which is of course correct, but we must find ways to grant exceptions, either for humanitarian reasons or when it concerns people who are part of the Russian opposition,” Bek said.

As the Czech Republic is currently presiding over the Council of the EU, Bek said he would like to initiate a debate on support for Russian independent media and individual journalists who are operating in Europe now due to Russian suppression of the remaining free media since the invasion of Ukraine.

He also said propaganda broadcasting from Russian state television had been suppressed in Europe.

Zubov is an expert in the history of European philosophy, religion and Russia. He helped write “The History of Russia of the 20th Century”, a book which had a wide impact and provoked much debate.

In 2014, he was forced to leave the State Institute of International Relations in Moscow due to his criticism of Russian policy towards Ukraine, which led to the annexation of Crimea.

In 2019, Masaryk University granted an honorary doctorate to Zubov and offered him a position lecturing in Brno, but he refused the offer, saying that he wanted to continue working in Russia.

However, he left this year after several months of deteriorating security and increased threats for opposition figures in his homeland. The mobilisation was accompanied by a marked change of rhetoric and stronger propaganda, which was the last straw for him to leave.

“Everybody felt that Russia was not winning the war, that it was losing it step by step, and so the aggression in the media and political circles increased,” Zubov said.

He added that he does not know how long he will stay in the Czech Republic. His present cycle of lectures will last six weeks.

If the situation in Russia changes and Putin’s regime collapses, he said he considers it his duty to return to his homeland. If his return is not possible, he would like to agree on further cooperation in Brno or somewhere else in the Czech Republic. “I prefer to stay here,” he said.

Masaryk University Rector Martin Bares said the university rejects the principle of collective guilt and is ready to help all who deserve it. He noted that the university had previously offered help to Belarusian and Ukrainian students and academics.