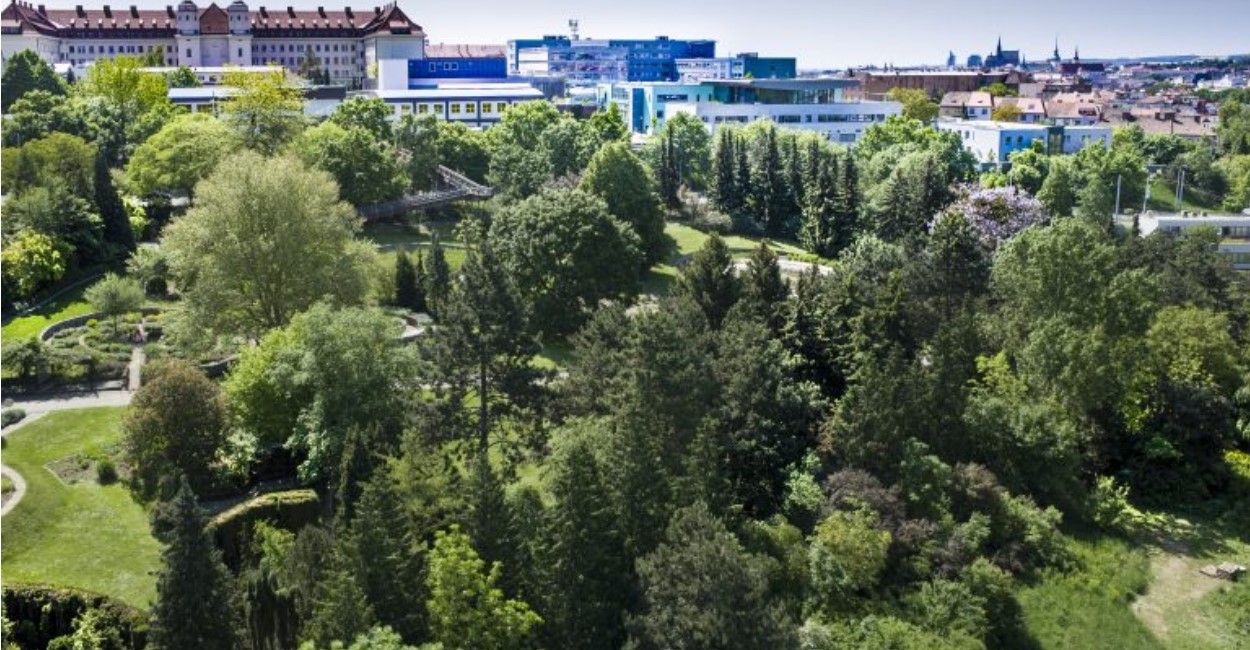 Architectural garden in the Czech Republic built between 1939 and 1989. Photo Credit: MENDELU

Czech Republic, 1 Sept. (BD) – The Nazi and communist regimes isolated the Czech environment from the outside world in many ways, and this isolation was also reflected in the field of garden and landscape design. In the second half of the last century, although no such gems as the Lednice-Valtice area or Průhonice Park were created, several remarkable gardens sprang up on Czech territory. Now experts have mapped them out and put them in their contemporary context.

An exhibition at the National Agricultural Museum in Prague will present the work of garden architects from the era of totalitarianism from 6 September. After the division of the world into East and West, a number of unique natural urban works were created in the country. These include the plantings along the D1 and D2 highways, the functionalist gardens of Ivar Otruba or the ‘historical’ gardens redesigned by Otakar Kuča.

“As a result of the creation of garden-architectures during the period of totalitarian regimes in the Czech Republic, numerous objects of landscape architecture were created or restored, which significantly influence the quality of life of the inhabitants of our towns and villages and complement the historical settings of many castle complexes,” said Roman Zámečník from the Faculty of Horticulture at Mendel University.

Scientists from the faculty, together with the Research Institute of Geodesy, Topography and Cartography, selected the 30 most valuable sites. These include the MENDELU botanical garden and arboretum, the landscape of the Lidice memorial area, the landscape of the park around the former Stalin monument in Prague and other places. The five-year study shows that the set of selected sites is a valuable sample of garden and landscape design in terms of preserving national cultural identity for future generations.

The horticultural sector went through a difficult journey between 1939 and 1989, moving from hopes of the continuation of the First Republic during the Third Republic, to a major ideological shift after the communist coup of February 1948. Large horticultural plants became part of the Czechoslovak state farms, smaller village gardeners were absorbed into unified agricultural cooperatives, and most urban horticultural enterprises were incorporated into the local economy, the so-called communal enterprises.

The projects of this period were in most cases developed in isolation from international events. The 20th century and especially its second half also brought completely new phenomena to the Czech landscape: dams, highways, the construction of towns and large housing estates of a new type. “Among them, some timeless works stand out, even in world comparison,” said Zámečník.

New villages were built, including Lidice, parts of towns in Poruba, and entire towns, especially in connection with the development of mining activities, such as in Most. “The architecture of private gardens took a back seat and the emphasis was placed on the greening of properties, with special attention to the needs of the working class. The focus was on the recovery of the worker’s body and spirit, which was to be served, among other things, by public folk gardens, sanatoriums, spa parks and swimming pools,” said Zámečník. He added that the optimisation of foundation and maintenance costs led to the search for original solutions that can be described as functionalist approaches. Construction was also associated with the creation of extensive recreational and ornamental green areas (e.g. the Lesná housing estate in Brno).

In newly created or significantly modified city parks, the aim was to implement different functions, ranging from transport to short-term recreation. After the Second World War, the principles of painting and landscaping were still the mainstay of garden and landscape design. The lack of labour and the general impoverishment of society led to a simplification of its principles, such as the park in Karlova Studánka and the planting of the Juliánov or Lesná housing estates in Brno.

https://brnodaily.com/2022/09/01/news/new-exhibition-highlights-beautiful-gardens-of-the-totalitarian-era-in-the-czech-republic/https://brnodaily.com/wp-content/uploads/2022/08/gardens-trees-czechrepublic-prague-credit-MENDELU-1024x532.jpghttps://brnodaily.com/wp-content/uploads/2022/08/gardens-trees-czechrepublic-prague-credit-MENDELU-150x78.jpg2022-09-01T09:45:00+02:00Ilaria BriziCzech Republic / WorldArchitectural garden,Czech Republic,Exhibition,totalitarian regimesArchitectural garden in the Czech Republic built between 1939 and 1989. Photo Credit: MENDELU Czech Republic, 1 Sept. (BD) - The Nazi and communist regimes isolated the Czech environment from the outside world in many ways, and this isolation was also reflected in the field of garden and landscape design....Ilaria Brizi ilabrizi12@gmail.comAuthorItalian girl with a master’s degree in marketing and advertising. I love travelling, reading, writing, listening to music, but most of all I love having breakfast. Against cheese on tuna pasta.Brno Daily

Italian girl with a master’s degree in marketing and advertising. I love travelling, reading, writing, listening to music, but most of all I love having breakfast. Against cheese on tuna pasta.
View all posts by Ilaria Brizi →
« Unions Demand 15% Raise of Teachers’ Salaries in 2023
Free Public Toilet Opens At Tyršuv Sad »