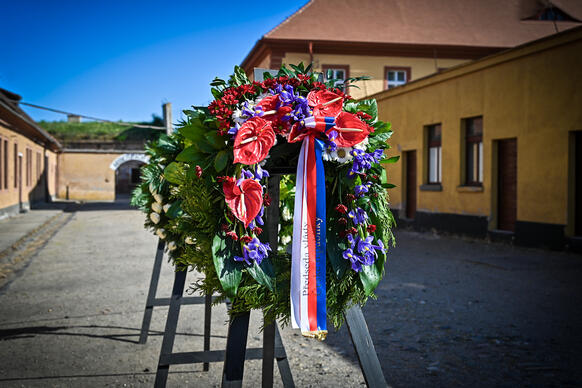 On Sunday, May 15, Prime Minister Petr Fiala took part in the Terezín Tryzna reverence event. He laid a wreath at the National Cemetery in front of the Small Fortress in Terezín to honor the victims of Nazi persecution. Minister of Culture Martin Baxa, Senate President Miloš Vystrčil, Speaker of the Chamber of Deputies Markéta Pekarová Adamová and other guests also took part in the commemorative service. Photo credit: vlada.cz

Czech Republic, 16 May (BD) –  After the national anthem, sung by soprano Jana Červinková, the director of the Terezín Memorial, Jan Roubínek, welcomed everyone present. Hana Sternlichtová, a former prisoner of the Terezín ghetto, also took part in the event. Prime Minister Petr Fiala emphasised the importance of remembering not only the victims and their suffering, but also the evil that totalitarian ideologies bring.

“Today we are thinking of the people who suffered here during World War II and the occupation of Czechoslovakia, but we are also thinking of those who are now suffering as a result of the Russian aggression in Ukraine. I think this brings us to the realisation that our freedom, our independence, are very fragile things that we have to take care of and for which we have to fight every day, ” said Fiala.

The Terezín memorial service has been held every year since 1947, always on the third Sunday in May at the end of the International Memorial Days of the Resistance, as a legacy of the so-called Buchenwald Oath. The content of this document was the wish of the liberated prisoners of the Buchenwald concentration camp in 1945 to keep commemorating the events of the war until all the roots of Nazism were eradicated.

The Nazis set up a Jewish ghetto in the Terezín military fortress, and the Small Fortress then served as a Gestapo prison. From November 1941 until its liberation in May 1945, more than 156,000 people, mostly of seven nationalities – Czechs, Germans, Austrians, Dutch, Danes, Hungarians and Slovaks – passed through the ghetto, which served mainly as a transfer station to one of the extermination camps. About 118,000 of them did not survive the war. More than 32,000 people were imprisoned in the Small Fortress, 2,600 of whom died. 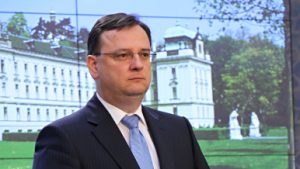 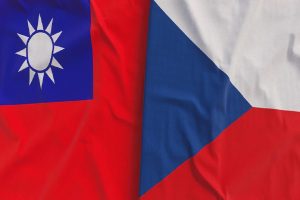 « Showers and Thunderstorms This Week In The Czech Republic; Warmer Weather By The Weekend
City of Brno Releases New Start-Up Flats For Young Couples and Families »