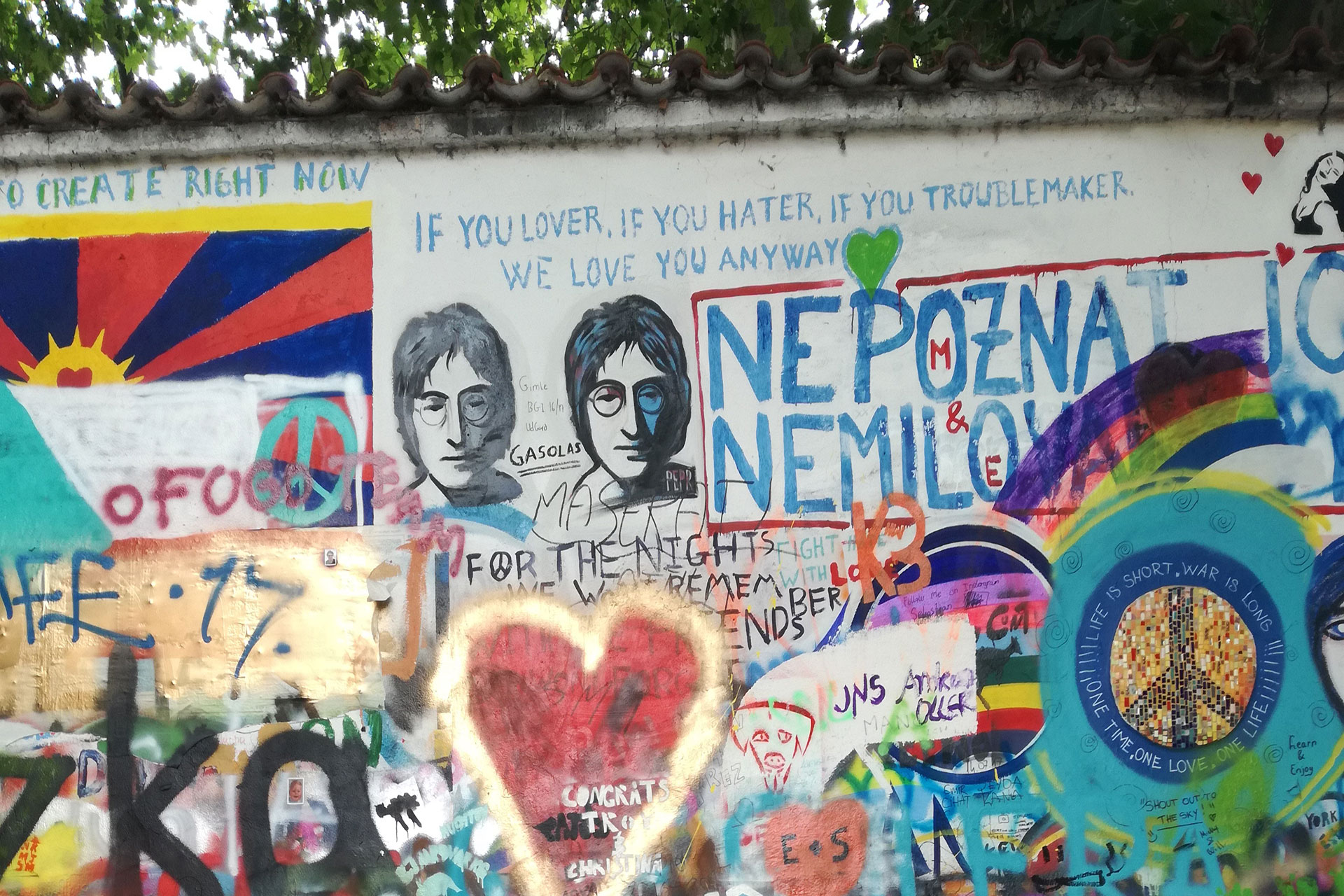 In most European countries, 8 May is a national holiday that commemorates the end of World War II in Europe.  In the Czech Republic, this day is known as Den vítězství (Day of Victory) or Den osvobození (Liberation Day). It commemorates both the Prague Uprising and the liberation of Czechoslovakia by Allied Forces. Photo credit: Ilaria B. / Brno Daily / Lennon Wall in Prague

Czech Republic, May 8 (BD) – The 8th of May commemorates the end of the Second World War in Europe in 1945, although fighting in Asia continued until the Japanese emperor was forced to sign the country’s surrender on 2 September 1945, following the dropping of nuclear bombs on 6 August in Hiroshima and 9 August in Nagasaki.

After Hitler’s suicide on 30 April, the chief commander of the German troops, Karl Dönitz, became president of the Reich for a short period and in this capacity issued a cease-fire order, which came into effect on 8 May.

The Prague Uprising broke out in Prague on 5 May, and fierce fighting ensued between lightly armed Praguers and German soldiers. In the final moments of the war in Europe, Czech citizens spontaneously attacked the German occupiers and Czech resistance leaders came out of hiding to join the uprising. The Russian Liberation Army, which had fought for the Germans, defected and supported the Czechs. The German troops counterattacked, but their advance was slowed by barricades built by the citizens.

An armistice between the people of Prague and the Wehrmacht was signed on 8 May, but the fighting continued because some German troops did not respect the agreement. The fighting was mostly with isolated SS units that were prevented from retreating by the Czech insurgents. Over the next few hours, the Red Army quickly overcame the remaining German forces, and lost only ten soldiers in what has been described as their ‘easiest victory’ of the war. At 8am, the tanks reached the centre of the city and the radio announced the arrival of the Soviet forces. The Czechs poured into the streets to celebrate and welcome the Red Army.

The Soviet army liberated Terezín that day, arriving in Prague on 9 May, and this day was celebrated here until the 1990s as the Prague Uprising and the end of World War II.

Nevertheless, the world celebrates 8 May as the end of World War II in Europe, and the Czech Republic has adopted this date in modern history.

https://brnodaily.com/2022/05/08/news/victory-day-a-czech-national-holiday-marking-the-prague-uprising-and-liberation-of-czechoslovakia/https://brnodaily.com/wp-content/uploads/2022/05/Prague_wall-3-1024x683.jpghttps://brnodaily.com/wp-content/uploads/2022/05/Prague_wall-3-150x100.jpg2022-05-08T08:47:18+02:00Ilaria BriziCzech Republic / WorldCommemoration,Czech Republic,Europe,News,World WarIn most European countries, 8 May is a national holiday that commemorates the end of World War II in Europe.  In the Czech Republic, this day is known as Den vítězství (Day of Victory) or Den osvobození (Liberation Day). It commemorates both the Prague Uprising and the liberation of...Ilaria Brizi ilabrizi12@gmail.comAuthorItalian girl with a master’s degree in marketing and advertising. I love travelling, reading, writing, listening to music, but most of all I love having breakfast. Against cheese on tuna pasta.Brno Daily

Italian girl with a master’s degree in marketing and advertising. I love travelling, reading, writing, listening to music, but most of all I love having breakfast. Against cheese on tuna pasta.
View all posts by Ilaria Brizi →
« The Giving-Back Series: Three Brno NGOs In Need of English-Speaking Volunteers
Cat Moms Rescue Thousands of Homeless Cats In Their Overcrowded Shelters »