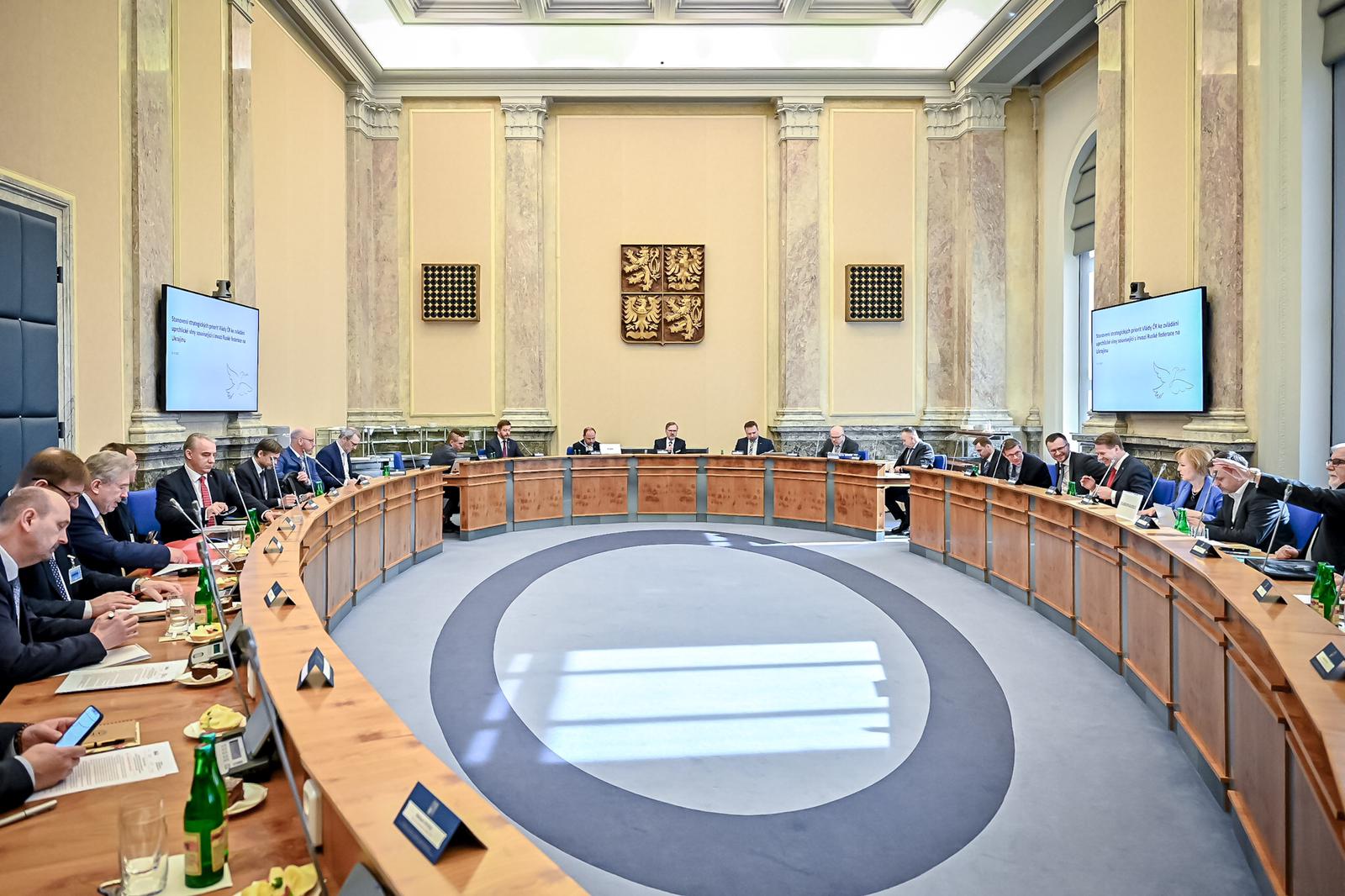 The third meeting of 2022 of the Czech Economic and Social Agreement Council took place on Tuesday, with many topics under discussion including the impact of the Russian aggression in Ukraine on the Czech economy and Czech society, in terms of rising prices of fuel, energy, and other goods, and the massive wave of refugees. Photo credit: vlada.cz

Czech Republic, April 12 (BD) – Representatives of the government, trade unions and employers met on Tuesday 12 April for the third meeting of the Czech Economic and Social Agreement Council this year. The group discussed the current situation in Ukraine, preparations for the Czech EU Presidency, and the National Recovery Plan.

“I am glad that we agree with both employers and labour representatives that it is necessary to prepare measures in order not to let anyone fall,” said Prime Minister Petr Fiala. “This includes, of course, both Czech citizens, who are affected by the increase in prices and all the related phenomena of Russian aggression against Ukraine, and Ukrainian refugees, especially women and children, who are seeking safety from the war.”

At the meeting, the Prime Minister outlined the steps that the government has already taken in an effort to mitigate the impact of the war in Ukraine and the related price increases on Czech households and companies. These include an increase in the subsistence minimum, reduction of excise duty on diesel and petrol, abolition of the road tax for vehicles up to 12 tonnes, and the abolition of the mandatory blending of first-generation bio-components into fuels.

“We are also planning other steps,” said Fiala. “We have assured the representatives of workers and employers that we are doing everything we can to help people who are directly affected by rising prices. This is the aim of our government. We want to help in a specific, targeted way, but we want to help and we will help. Our aim cannot be anything other than social reconciliation. That is what we are doing, and that is our government’s policy.”

The government also informed the social stakeholders about the state of preparations for the Czech Presidency of the Council of the European Union. The government is still working to establish its main political priorities for the presidency, but in the context of the Russian aggression against Ukraine, the Czech Presidency intends to focus on energy, the EU’s defence capacity and the issue of refugees.

The Council also discussed the state of preparation and implementation of the National Recovery Plan, the Modernisation Fund and the Just Transition Fund. The National Recovery Plan is a programme directly managed by the European Commission. For the Czech Republic, it represents a unique opportunity to draw on European resources for grants of up to CZK 180 billion to rebuild the economy and society after the pandemic. The plan is based on reforms and investments based on the current situation of the Czech economy.

The Czech Council of Economic and Social Agreement was established in 1990 as an institutionalised platform for social dialogue between the government, trade unions and employers, to seek agreement in essential issues of economic and social development.

https://brnodaily.com/2022/04/15/news/politics/czech-economic-and-social-agreement-council-met-on-tuesday-to-discuss-refugee-crisis-and-presidency-of-the-eu/https://brnodaily.com/wp-content/uploads/2022/04/WhatsApp-Image-2022-04-13-at-09.50.52-1024x682.jpeghttps://brnodaily.com/wp-content/uploads/2022/04/WhatsApp-Image-2022-04-13-at-09.50.52-150x100.jpeg2022-04-15T14:27:20+02:00Elisa PintonCzech Republic / WorldEUPoliticsCzech Republic,Economy,Politics,UkraineThe third meeting of 2022 of the Czech Economic and Social Agreement Council took place on Tuesday, with many topics under discussion including the impact of the Russian aggression in Ukraine on the Czech economy and Czech society, in terms of rising prices of fuel, energy, and other goods,...Elisa Pinton pintonelisa33@gmail.comAuthorFrench intern studying communication, management, marketing and event coordination. Always motivated to discover new places, try new food specialties and learn new things. Driven by passion and organization. Books, movies and dogs lover.Brno Daily