Furniture Bank At Brno Exhibition Centre Will Close, To Open At New Premises In A Few Weeks 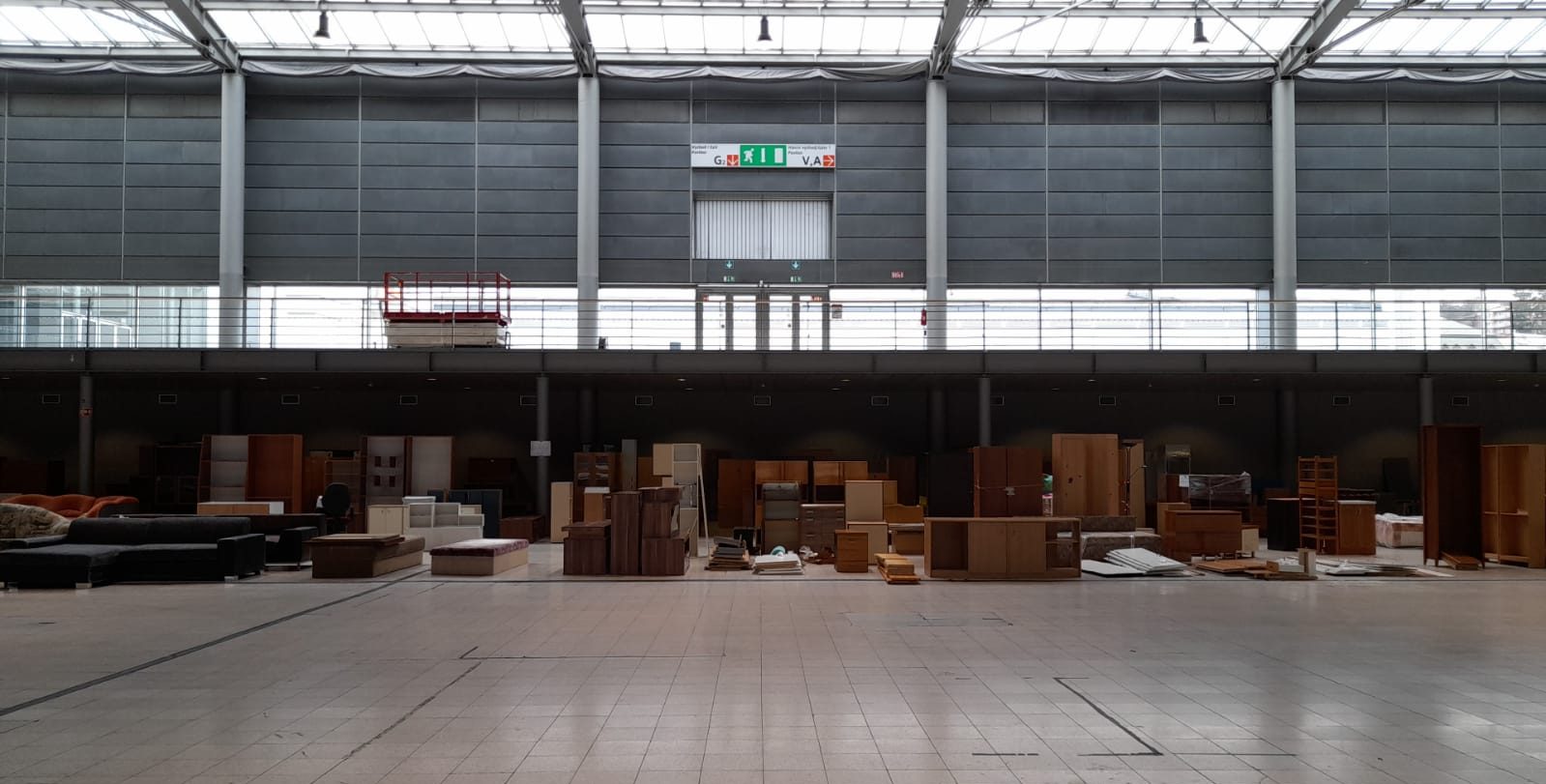 Brno’s Furniture Bank, which has recently served Ukrainian refugees, will close for a few weeks and move to new headquarters in the SAKO Brno complex in Komárov, after collecting and distributing almost 4,000 pieces of furniture. Photo credit: Coline B. / Brno Daily

Brno, April 13 (BD) – The Furniture Bank at the Brno Exhibition Centre is closing this week. During the Easter holidays, the Furniture Bank will move to a hall in the SAKO Brno complex in Komárov and will reopen at the end of April. The announcement was made at a press conference on Monday by Petr Hladík (KDU-CSL), First Deputy Mayor of Brno, and Filip Leder, Chairman of the Board of Directors of SAKO Brno, the municipal company that operates the Furniture Bank.

“The Furniture Bank has fulfilled its purpose,” said Hladík. “It was able to provide furniture and electrical equipment not only for the originally intended accommodation capacities of the city and its districts, but also served as an important resource for individuals and institutions housing refugees from the war. We were pleasantly surprised by people’s willingness to help. In addition to Brno residents, people came to donate furniture from neighbouring municipalities and even from Hodonín, Znojmo and eastern Bohemia.”

In total, the bank managed to collect and distribute almost 4,000 pieces of furniture, mainly chairs, mattresses, beds and tables. There was also significant help in equipping apartments with electronics. The furniture bank had 200 electronic items donated, mainly refrigerators, microwaves and kettles, while other electronics were purchased directly for the accommodation by companies and institutions.

“The calls for help resonated very well until the last minute,” said Leder. “For example, on Friday afternoon, we announced that we still needed sofa beds and cots, and this weekend was mainly about them.”

“We were very attentive to how positively the Brno public received the idea,” added Hladík. “We received indications, both from individuals and companies, that it would be a pity to abandon the idea of the Furniture Bank in the form in which we were currently operating it. We have therefore been intensively looking for new premises over the past few days, while at the same time thinking about how to incorporate as much positive experience as possible into the operation of the new Furniture Bank in the new location. We have reached an agreement with SAKO Brno and we will resume the operation of the Furniture Bank in its Re-Nab hall on Černovická, which will be adapted to the new purpose.”

Hladík said that until the beginning of the Russian invasion of Ukraine, the Furniture Bank operated in the form of the so-called Re-Nab project, where people could donate used but functional furniture at selected collection centres, which was then donated to families and individuals in need. In total, in the six years of the Re-Nab project, approximately 1,600 pieces of furniture were collected and placed with 160 families. “People are now accustomed to taking donated furniture to one specific place where they can see immediate concrete help. We want to build on this and open the Furniture Bank not only to refugees from aggression, but to all those in need,” he concluded.

The Furniture Bank stopped accepting donations on Sunday evening. From Monday to Thursday, only distribution is taking place, and on Thursday afternoon this will also stop. Any furniture and equipment that has not been distributed will then be moved to new premises and the Furniture Bank will leave the Brno Exhibition Centre.

“The premises of the SAKO Brno Collection Division, where the new Furniture Bank will operate, are currently undergoing reconstruction and modernisation. Therefore, for the time being, the Furniture Bank will be open only one day a week, every Thursday from 8am to 2pm, especially for distributing organisations,” said Leder.