Czech Forests No Longer The Lungs of The Country, As Carbon Disappears From The Soil 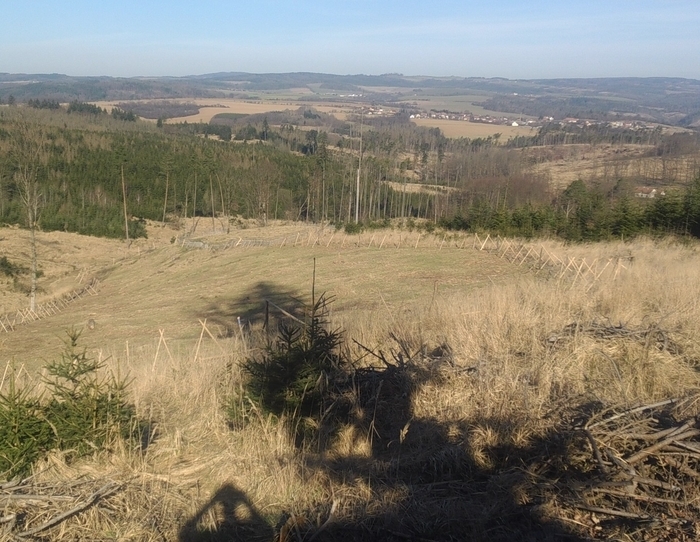 Forests have an irreplaceable role to play in fixing atmospheric carbon. In this context, they are often referred to as the green lungs of the planet. But Czech forests no longer fulfil this key role so well. As a result of forest degradation and intensified logging, they have become producers of carbon dioxide, which they used to absorb. Scientists will now look in detail at the soil in the degraded forests, propose management practices that will promote carbon retention in the soil, and predict further developments as the bark beetle calamity progresses. Photo credit : MENDELU

Czech Republic, April 11 (BD) – Since 2018, there has been a widespread degradation of Czech forests and, indirectly, of the existing forestry system, which was largely based on the planting of monocultures of the main production trees, especially spruce. “Despite the conventional wisdom and opinions that older trees at the clearing age are more at risk from bark beetle, the latest bark beetle calamity affected basically all age classes, except perhaps the youngest trees up to 20 years old,” said Martin Valtera from Mendel University’s Institute of Forest Botany, Dendrology and Geobiocenology.

The result is thousands of hectares of degraded clearings that will be difficult to reforest. Poor climatic conditions prevail in the deforested areas. Another problem is, for example, the lack of suitable planting material, which often leads to the replanting of spruce on ecologically unsuitable sites. “These large-scale changes in the forest landscape have a major impact on soil biological processes, carbon fixation and soil hydrology, as well as the cycling of nutrients and other elements that can subsequently leach from the soil into watercourses,” Valtera said.

Europe’s forests are fixing atmospheric carbon more intensively than before due to climate change. But what is bucking this trend is the decay of trees and intensive logging. This releases carbon into the atmosphere and causes further global warming. “Yet above-ground biomass accounts for barely half of the carbon stored in forests, the other half is in the forest soil,” Valtera points out.

Since this calamitous development is completely unprecedented in the Czech environment in recent years, experts will examine changes in forest soils in degraded groves. “In particular, we are interested in the carbon that may be released from the soil at an increased rate during the period before it is covered by subsequent vegetation, whether through spontaneous succession, artificial afforestation or a combination of both,” adds Radek Novotný of the Research Institute of Forestry and Hunting.

Scientists will also model the situation in relation to expected changes in the species composition of the new forests and their impact on the soil. In particular, they will assess the risks of nutrient loss and the release of potentially hazardous elements from forest soils into surface waters in terms of the impact of changes in the soil environment on water management. As a result, management practices will be proposed to promote carbon sequestration and other soil functions in calamity areas.

https://brnodaily.com/2022/04/11/news/czech-forests-no-longer-the-lungs-of-the-country-as-carbon-disappears-from-the-soil/https://brnodaily.com/wp-content/uploads/2022/04/lesik.jpeghttps://brnodaily.com/wp-content/uploads/2022/04/lesik-150x116.jpeg2022-04-11T08:01:41+02:00Julie ChretienCzech Republic / WorldCzech Republic,Environment,Forest,Mendel University,NewsForests have an irreplaceable role to play in fixing atmospheric carbon. In this context, they are often referred to as the green lungs of the planet. But Czech forests no longer fulfil this key role so well. As a result of forest degradation and intensified logging, they have become...Julie Chretien julie.chretien29@gmail.comAuthorA 21 year-old French student currently doing a Master's degree in management and communication in Lyon, France. Always thrilled to learn about new cultures and languages, and also, big fan of foods. Loves cats and karaoke night with friends.Brno Daily