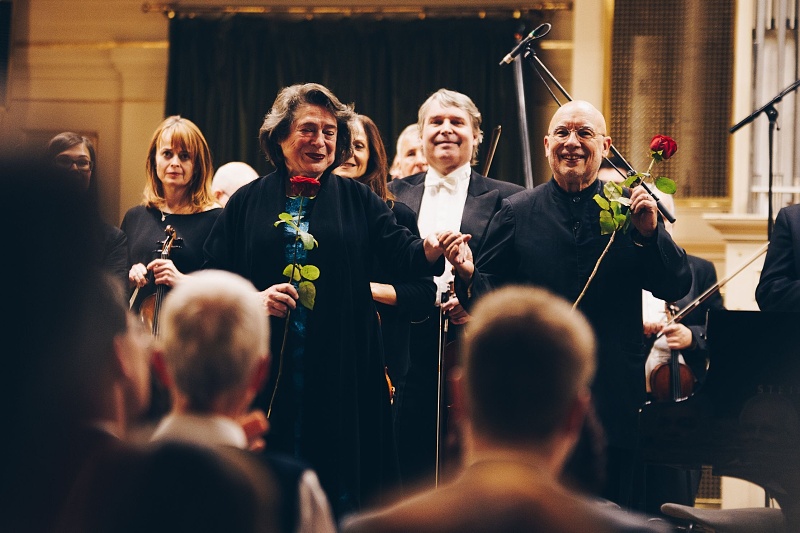 Brno, Feb 9 (BD) – In September 2019, Elisabeth Leuonskaja won over local audiences with Béla Bartók’s Third Piano Concerto, and in December of the same year with a performance of Ludwig van Beethoven’s complete five piano concertos. “Leonskaja has been one of the most valuable personalities of the piano art for several decades. She has made numerous recordings for which she has won countless awards”, said Marie Kučerová, director of Filharmonie Brno.

Dvořák’s early symphonies are evaluated in musicological literature as opuses in which one can safely recognize a future genius. The Fourth Symphony in D minor was written at a time when Dvořák was having his first major public successes, but also his first major setback in the form of the misunderstanding of the opera The King and the Coal Miner by the singers and the orchestra, which caused him to abandon its performance.

The two Brahms piano concertos are proof that the composer was a piano virtuoso. The First Piano Concerto in D minor was a hit with audiences on its premiere. If this piece represented a successful realization of the idea of the “symphonic concerto” or “symphony with piano”, the Second Piano Concerto in B flat major, written more than two decades after the First, definitively confirmed and developed this concept.

The first half of the project will take place on Thursday and Friday, February 10th and 11th, and the second on Friday and Saturday, February 25th and 26th. Both concerts will take place at the Janáček Theatre and start at 7pm. Tickets are available at the Filharmonie pre-sale, on the website filharmonie-brno.cz, and also at the door before the start. Listeners do not have to show proof of vaccination or prior illness upon entry, but it is still obligatory to wear a mask.

A 21 year-old French student currently doing a Master's degree in management and communication in Lyon, France. Always thrilled to learn about new cultures and languages, and also, big fan of foods. Loves cats and karaoke night with friends.
View all posts by Julie Chretien →
« Brno To Host Several Prestigious International Conferences In 2022
City of Brno To Send Express Train To Vienna Airport  »