European Commission To Suspend Some Subsidies to Czech Rep. Over Conflicts of Interest 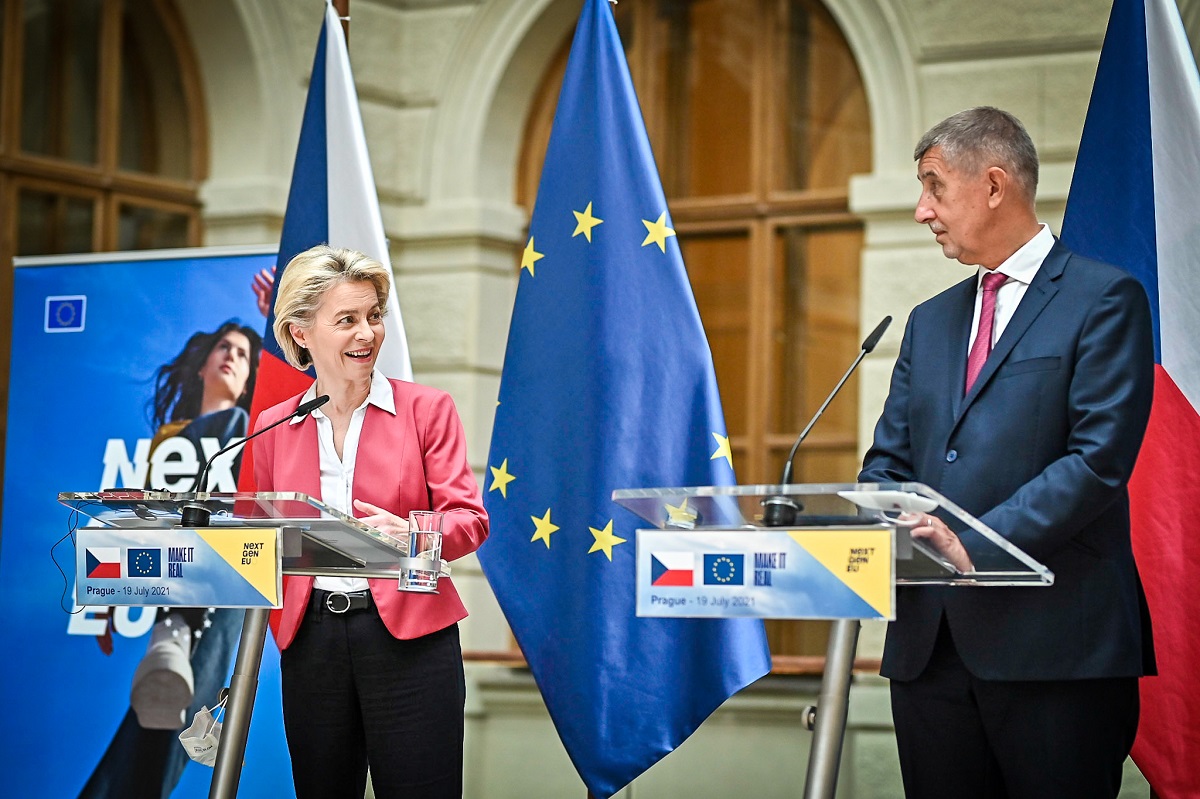 On Monday, the European Commission told the Czech Republic that certain subsidies will be suspended, as the Czech government is still not taking sufficient action to meet EU conflict of interest standards. The suspension applies to all subsidies claimed by companies that are owned by trust funds. Regional Development Minister Klára Dostálová responded that the Czech government intends to comply swiftly with the Commission’s demands. Photo Credit: Vlada.cz.

Czech Rep., Aug 31 (BD) – A long-running dispute between the EU and the Czech Republic over conflict of interest rules took a new turn on Monday, as the European Commission advised the Czech government that some subsidy payments would be suspended until more is done to improve compliance. Specifically, the suspension will apply to claims made by companies which are under the beneficial ownership of trust funds, which the Commission argues are at risk of abuse.

This follows a letter sent last Thursday by the Commission to three Czech government ministries, and reported by Czech news server iRozhlas.cz on Monday. The Commission warned that the Czech Republic has still not taken enough action to meet EU standards on the prevention of conflicts of interest at the highest levels of government, and that if more were not done to address the issue, the Czech Republic would risk the suspension of some of its EU subsidies.

“We ask the Czech authorities to report on the implementation of preventive and corrective measures to improve the functioning of the management and control system,” read the letter, which was addressed to representatives of the Ministry of Industry and Trade, the Finance Ministry, and the Ministry of Regional Development. Between them, these three ministries are responsible for the spending of the majority of EU subsidy funds.

Monday’s move follows through on that warning, suspending EU subsidy payments to any Czech company owned by a trust fund. The Commission argues that, without more robust action by Czech authorities, these funds can be used to conceal conflicts of interest, in the form of beneficial ownership by politically-exposed persons. “As long as all the recommendations formulated in the audit report are not carried out, we are advising the Czech authorities not to declare expenses that are due for companies whose beneficial owners are trust funds,” they said.

Babiš has long been accused of conflicts of interest over his ties with the Agrofert Group, which has been a significant recipient of subsidies from the European Regional Development Fund and European Social Fund, totalling around EUR 11 million (CZK 284 million) since Czech conflict of interest laws came into force in February 2017. Babiš insists that he transferred his controlling share of the group into blind trust funds, thus avoiding any conflict of interest. The European Commission began an audit into the Prime Minister’s links with Agrofert in 2018, and published its final report in April this year, finding Babiš in breach of EU rules and demanding repayment of the subsidies.

Brussels is frustrated that not enough action has been taken since then to tighten prevention of conflict of interest in the Czech Republic. Although payments to Agrofert are already suspended, an EU official said that the Commission has “a real concern that the risks that surfaced around Agrofert may be replicated with other companies.” Among other things, the Commission is asking Czech authorities to maintain a register of which public officials have financial interests in which companies, and provide this information to Brussels.

Government ministers have repeatedly stated that the audit report’s recommendations will be implemented, but are accused by Commissioners of slow-pedalling any concrete action. On Monday, Regional Development Minister Klara Dostalova again told a news conference that her ministry would “coordinate efforts to swiftly comply with the Commission’s demands”.

https://brnodaily.com/2021/08/31/news/politics/european-commission-to-suspend-some-subsidies-to-czech-rep-over-conflicts-of-interest/https://brnodaily.com/wp-content/uploads/2021/08/Babis_PM_EU_Comission_politics_credit_vlada.cz_-1024x682.jpghttps://brnodaily.com/wp-content/uploads/2021/08/Babis_PM_EU_Comission_politics_credit_vlada.cz_-150x100.jpg2021-08-31T09:43:07+02:00Jack StephensCzech Republic / WorldEUPoliticsCzech Republic,EU,News,PoliticsOn Monday, the European Commission told the Czech Republic that certain subsidies will be suspended, as the Czech government is still not taking sufficient action to meet EU conflict of interest standards. The suspension applies to all subsidies claimed by companies that are owned by trust funds. Regional Development...Jack Stephens jack.stephens50@gmail.comAuthorA writer and English teacher originally from London who has lived in Brno since 2011, interested in politics, low culture, and all things strange and/or Czech.Brno Daily

A writer and English teacher originally from London who has lived in Brno since 2011, interested in politics, low culture, and all things strange and/or Czech.
View all posts by Jack Stephens →
« Spt 1: Open-air MINT Fashion Market and National Theater Brno Season Opening
169 Afghan Nationals Evacuated To Czech Republic, According To Interior Ministry »