Demand For Flats At Five-Year High In Q2 of 2021, Despite Skyrocketing Prices 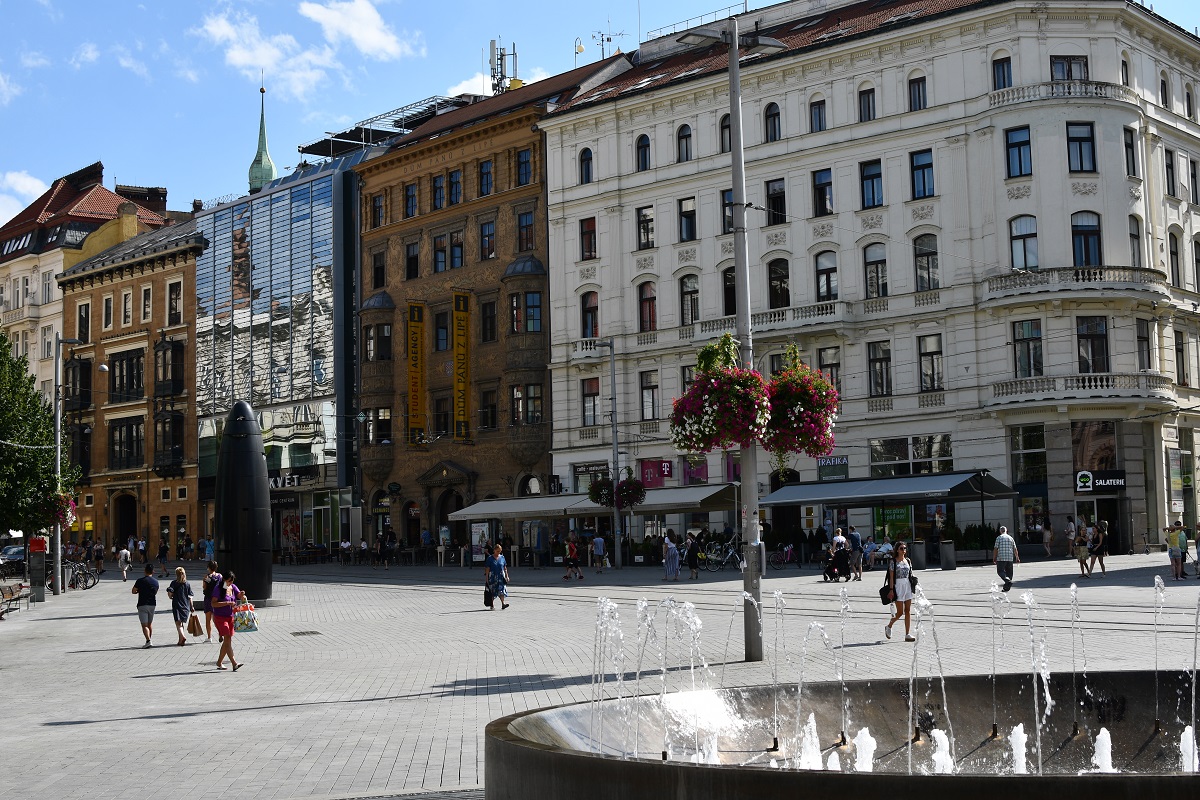 503 flats were sold in Brno in the second quarter of 2021, more than in the previous two quarters combined. This level of demand for new flats was last seen five years ago, when flats were being sold for half the current price. Photo Credit: SM / BD.

Brno, Aug 5 (BD) – According to data from the Trikaya real estate group, demand for flats in Brno rose sharply in the second quarter of 2021. 503 newbuild flats were sold in the city between April and June, more than double the number in the previous two quarters combined. This was despite a rise in the average sale price for a flat to over CZK 5 million, or CZK 97,000 per square meter. Demand is thus at a level last seen five years ago, when property prices were just a half of what they are now.

According to Alexei Veselý, CEO of Trikaya, the two main factors behind the increased demand are the impending changes to interest rates, and the increased presence of real estate funds on the market. Property developers themselves are also holding back newly-completed properties for their own purposes.

“Demand for flats has been strong for a long time, and in the last quarter it has also been driven up by the looming rise in interest rates. Buyers are trying to take advantage of the last chance to negotiate advantageous loans with rates below two percent,” said Veselý.

The total value of flats sold has increased by 75 percent year-on-year, to almost CZK 4 billion in the last six months, bringing CZK 600 million in tax revenue to the state budget.

The most commonly sold flats in Brno were one-room studio flats, which are attractive to speculators as they are a profitable and stable asset. “The average gross income from renting a studio apartment in Brno today is about 3.9%,” said Veselý. “In addition, the market for small flats has better liquidity, so they can easily be resold in the future.” However, he added, the Czech Republic is beginning to see a new trend similar to that seen in other countries, of real estate funds which intend to manage rental properties long-term, rather than short-term speculators who will simply sell flats after a few years for a quicker return.

In Brno, there are currently 220 one-room, 139 two-room, 60 three-room and 30 four-room apartments for sale in new developments. Buyers are currently paying 30% more per square meter than last year, when the average for available apartments was CZK 86,800 per square metre. A 53-square-metre flat is currently selling for an average of almost CZK 6 million (CZK 113,000 per meter).

Industry experts agree that property prices are unlikely to drop until cities create the conditions for new construction. “Even if the speed of the permit process accelerates, increasing the availability of flats and reducing prices, property prices have skyrocketed so much in the last year that they cannot be expected to return to the level of a year ago,” said František Šudřich, sales director at Trikaya.

Two thirds of the available apartments are located in the Brno-střed district. “In recent years, the area around Francouzská, Bratislavská and Cejl has seen strong development. It is the most active area in Brno for construction, with several interesting projects under development. However, increased interest in apartments in this area near the centre is also raising real estate prices,” said Veselý.

In the meantime, those interested in buying property are increasingly forced either to rent, or to look outside of Brno, at the price of commuting daily into the city. Flats outside of the city limits are also becoming more expensive, but not nearly as fast as in the city. The lack of available housing in the city centre, and the consequent outward migration of young families, is a problem recognised by the city authorities, who have chosen to address the situation by building their own city apartments; in the last 12 months, the city has completed 220 apartments, many of which serve specific groups of the population, such as low-income households, the elderly, and people with disabilities or young families. However, given the large amount of brownfield land in and around the city, such as in Nova Zbrojovka and the proposed Trnita district, partnership with private investors, especially by freeing up land for new housing projects, has the potential to deliver many times more residential properties, which could help to relieve the pressure on property prices.

“All these steps the city management are taking are meritorious and undoubtedly necessary, and we are glad that the municipality is taking an active approach,” said Veselý. “However, we believe that the City has underestimated the situation in recent years. Despite the urging of construction experts, there has been no preparation of infrastructure or improvement of construction processes. Many projects have been delayed for a long time due to mistakes by officials, such as the apartments in the Pod Hády district. There are hundreds or thousands of flats in which people could already be living happily today. Instead, due to bureaucracy or unpreparedness, these projects remain only on paper.”

https://brnodaily.com/2021/08/05/brno/demand-for-flats-at-five-year-high-in-q2-of-2021-despite-skyrocketing-prices/https://brnodaily.com/wp-content/uploads/2021/08/Brno_credit_SM_BD-Copy-1024x683.jpghttps://brnodaily.com/wp-content/uploads/2021/08/Brno_credit_SM_BD-Copy-150x100.jpg2021-08-05T09:54:45+02:00Jack StephensBrnoNewsBrno,Czech Republic,News503 flats were sold in Brno in the second quarter of 2021, more than in the previous two quarters combined. This level of demand for new flats was last seen five years ago, when flats were being sold for half the current price. Photo Credit: SM / BD.Brno, Aug...Jack Stephens jack.stephens50@gmail.comAuthorA writer and English teacher originally from London who has lived in Brno since 2011, interested in politics, low culture, and all things strange and/or Czech.Brno Daily

A writer and English teacher originally from London who has lived in Brno since 2011, interested in politics, low culture, and all things strange and/or Czech.
View all posts by Jack Stephens →
« Brno Secures CZK 1 Billion Funding For Construction of Multifunctional Hall At Exhibition Centre
Brno Marks International Cat Day With Charity Drive For Local Cat Shelters »