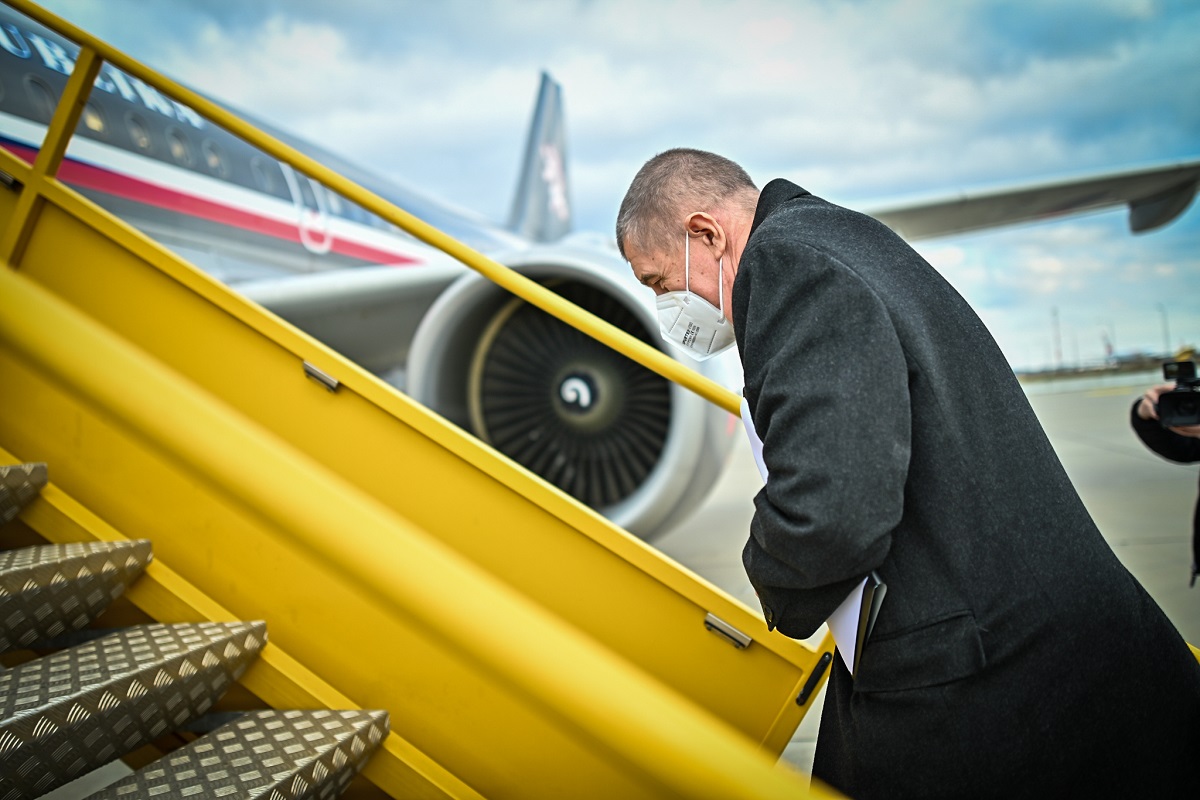 New evidence has been uncovered by the Slovak Institute of the Memory of the Nation detailing Czech Prime Minister Andrej Babiš’s connections to State Security (StB), the secret intelligence agency of communist Czechoslovakia. The newly discovered statutory card mentions several connections between Babiš and the StB, including the designation of ‘agent’ and his code name ‘Bureš’. Photo Credit: Vlada.cz.

Czech Rep., Apr 15 (BD) – Several years ago, the Slovak Institute of the Memory of the Nation (ÚPN) discovered a statistical card in the Slovak archives of the State Security (StB), listing Czech Prime Minister Andrej Babiš among its agents. Now the court has received new written evidence contradicting claims by Babiš that this information was inaccurate. The StB was the secret police force in communist Czechoslovakia from 1945 until its dissolution in 1990, serving as an intelligence agency dealing with activities considered to be in opposition to the Communist Party of Czechoslovakia and the state.

For more than nine years, Babiš has been fighting a court battle against accusations that he was an agent of the StB before November 1989. The Czech Prime Minister has repeatedly insisted that he had not consciously committed himself to cooperation with the agency. However, his denials are called into question by the discovery in the ÚPN archives of a new statistical card from the 1980s, which has now been presented to the court by the institute as further written evidence. The card includes basic information about Andrej Babiš and his cooperation with the StB, including the label ‘agent’ and the code name ‘Bureš’.

The card, found by ÚPN staff when sorting through StB files, also contains the registration number of his file, the date of his registration as a secret collaborator, the date the cooperation ended, the names of StB members, and the signature of a member of the statistical records department. The data on the card confirms the information from previously uncovered documents, such as the fact that the StB acquired him as a conscious cooperator on November 11th, 1982, and less than two weeks later registered him as a secret collaborator with the nickname ‘Bureš’ and the registration number 25085. According to the record on the card, Babiš became an agent voluntarily.

“The data matches with the data in the registration protocol, where all types of StB records were registered in chronological order, and with data from the secret collaborator’s file,” said Jerguš Sivoš, a historian and the director of the ÚPN office where the card was discovered. The card in question was a necessary document that the secret police used to record their cooperators. Commenting on the credibility of the evidence, Sivoš said that such a card had to be delivered by an operative member of the StB, as well as being approved by three superior officials of the secret police.

https://brnodaily.com/2021/04/15/news/politics/new-evidence-emerges-of-pm-babiss-previous-work-as-communist-agent/https://brnodaily.com/wp-content/uploads/2021/04/Czech-Republic-Prime-Minister-Andrej-Babis-Credit-Vlada.cz_-1-1024x683.jpghttps://brnodaily.com/wp-content/uploads/2021/04/Czech-Republic-Prime-Minister-Andrej-Babis-Credit-Vlada.cz_-1-150x100.jpg2021-04-15T09:09:18+02:00Melis KarabulutCzech Republic / WorldPoliticsAndrej Babis,Czech Republic,History,PoliticsNew evidence has been uncovered by the Slovak Institute of the Memory of the Nation detailing Czech Prime Minister Andrej Babiš’s connections to State Security (StB), the secret intelligence agency of communist Czechoslovakia. The newly discovered statutory card mentions several connections between Babiš and the StB, including the designation...Melis KarabulutMelis Karabulutmeliskarabulut97@gmail.comAuthorA journalist from Turkey; an enthusiast of investigative stories on migration and politics in the Czech Republic. Writes about the journeys of inspirational expats living in Brno; and the bits of life that spark inspiration.Brno Daily

A journalist from Turkey; an enthusiast of investigative stories on migration and politics in the Czech Republic. Writes about the journeys of inspirational expats living in Brno; and the bits of life that spark inspiration.
View all posts by Melis Karabulut →
« Germany To End Border Controls With The Czech Republic
Czech Railways Orders 20 New High-Speed Trains For Use On International Lines »