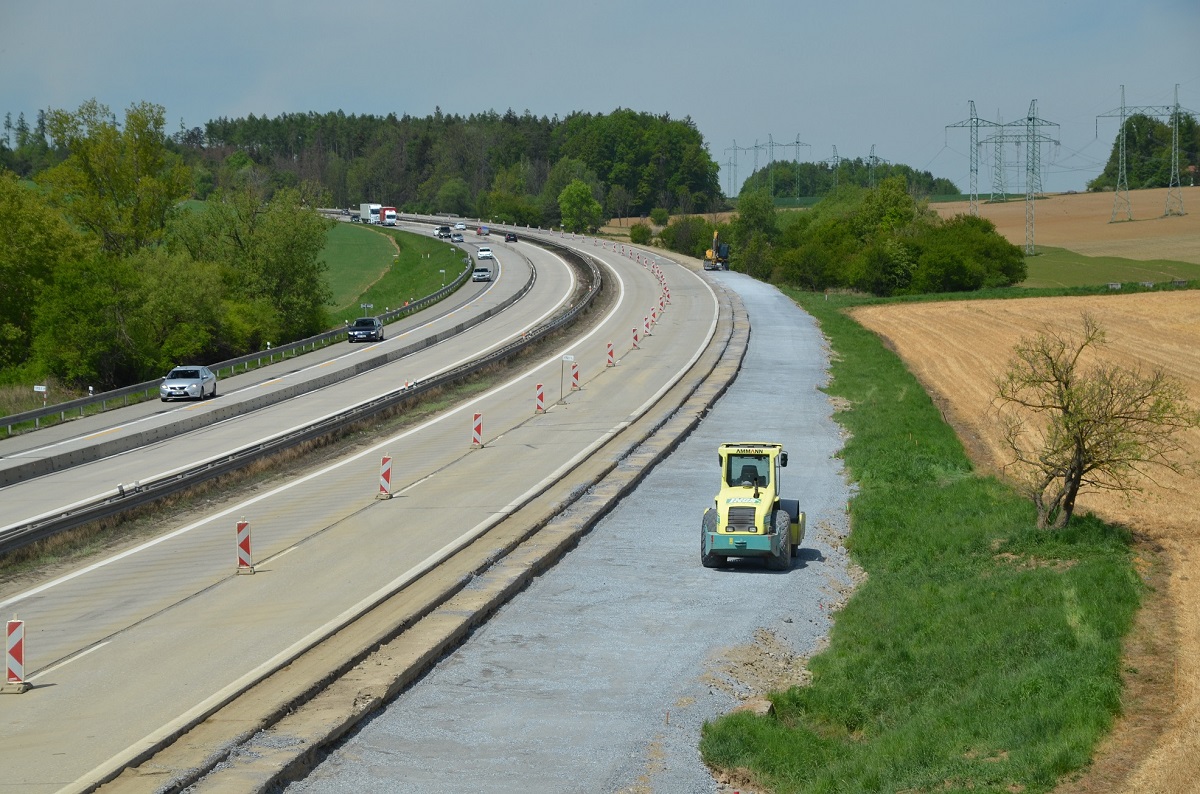 The D1 motorway, the longest and oldest Czech motorway, is in its final year of modernisation. First constructed in 1967, the condition of the road has deteriorated significantly. Construction is expected to be complete later this year. Minister of Transport Karel Havlíček vouches for this, saying “I put my head on the log that it will be ready by October.”  Photo Credit: ŘSD JMK.

Czech Rep., Feb 26 (BD) – The Directorate of Roads and Motorways (ŘSD ČR) is continuing the modernisation of the D1 motorway, the busiest road on the Czech motorway network. The state-subsidized organisation has a record budget of CZK 61 billion for road development in the Czech Republic this year, CZK 6 billion more than in 2020.

Construction on the Prague – Brno section started in 1967 and the road has been reaching the end of its lifespan. Local repairs proved ineffective against defects and decay on the road, eventually necessitating the ongoing gradual modernization of the entire length of the road between Mirošovice and Kývalka, a total of 161 kilometres.

Construction work on the D1 has been ongoing for several years, and is severely behind schedule. In a report by iDnes, ŘSD director Radek Mátl said that: “By mid-October, the D1 will be completed, but in August we will be transferring traffic to the lanes and then only performing finishing work.” Minister of Transport Karel Havlíček expects that the work will be completed this year, saying: “I put my head on the log that it will be ready by October.”

Last weekend, work began on section 23, Devět křížů (Exit 168) to Ostrovačice (Exit 178). On Monday, traffic in this section was placed into the 2+2 mode on the left motorway lane towards Prague. ‘‘Work on sections in the Vysočina region will begin in March,” said Jan Studecký, a spokesman for ŘSD.

On Saturday, February 27th, work will begin on section 2, Mirošovice (Exit 21) to Hvězdonice (Exit 29). The construction work may restrict traffic at several points. Partial repairs will be made to the road surface and modifications will be made to the overtaking belts in the middle driving strip. Work in this area is planned to be fully completed in the summer.

“Subsequently, on March 6th and 7th, traffic measures will gradually develop along the entire route of the section, when traffic will be transferred in the 2+2 mode to the right part of the motorway and the modernization of the left part will begin, i.e. in the direction from Brno to Prague,” said Iveta Štočková, spokesperson for Eurovia CS.

On February 23rd, there were four traffic accidents in section 23 due to weather conditions. Road safety is a concern not only to drivers but also construction workers. The directorate calls on drivers to pay increased attention and compliance when driving through construction areas. Detailed information about the scope of the project and the reasoning behind it can be found on the New D1 website.

https://brnodaily.com/2021/02/26/news/transport/oldest-czech-motorway-d1-to-finally-reach-standards-of-the-21st-century/https://brnodaily.com/wp-content/uploads/2021/02/czech-republic-repairment-of-motorway-D1-credit-rsd.cz_-1024x678.jpghttps://brnodaily.com/wp-content/uploads/2021/02/czech-republic-repairment-of-motorway-D1-credit-rsd.cz_-150x99.jpg2021-02-26T11:12:37+01:00Kim BingelCzech Republic / WorldTransportConstruction,Czech Republic,Traffic,TransportThe D1 motorway, the longest and oldest Czech motorway, is in its final year of modernisation. First constructed in 1967, the condition of the road has deteriorated significantly. Construction is expected to be complete later this year. Minister of Transport Karel Havlíček vouches for this, saying 'I put my...Kim BingelKim Bingelkjbingel@gmail.comAuthorSouth African in Brno. Independent international traveller. Enjoys nature and a sustainable lifestyle.Brno Daily