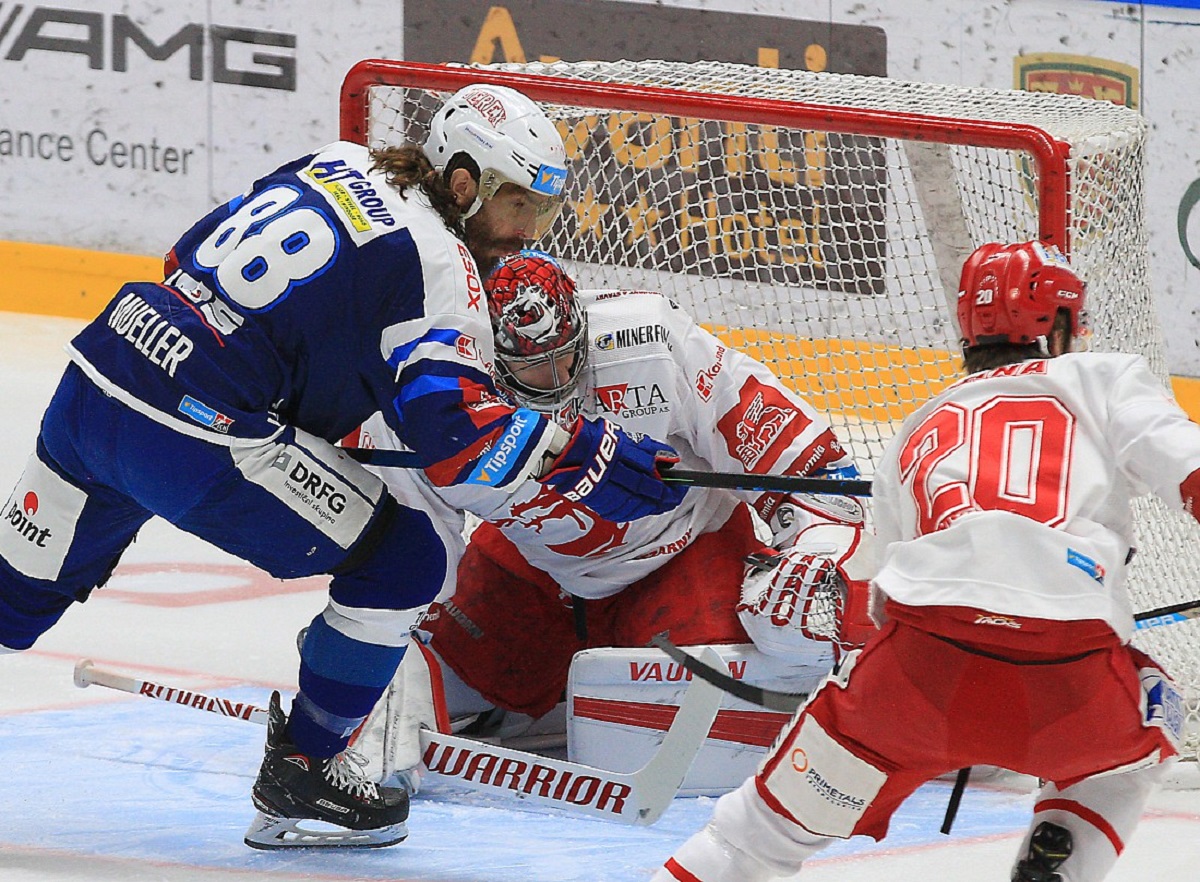 Brno has won two of its eight games since mid January. The team is currently in ninth place with 53 points.

The 14-team Tipsport extraliga season continues with 13 games over then five weeks. The regular season, which includes 52 rounds, ends on March 7. Then the postseason series begin.

Basket Brno used an 18-0 run in the third quarter to reach the century mark when it beat Sluenta Ústí nad Labem, 100-72, on Saturday. Brno (12-8) had already earned a spot in postseason the previous week; it is the first postseason for Brno in eight NBL seasons.

There are two more games left in the regular season: home with BK Opava tonight (Wednesday) at 6 p.m. and at Dekstone Tuři Svitavy on Saturday at 6 p.m.

Against Ústí nad Labem, Brno had a six-point lead at halftime. After some back and forth, both the offense and the defense started clicking, scoring 18 straight and keeping Ústí nad Labem scoreless for about five minutes of game time.

Jakub Nečas, a promising post player, had 10 for Brno, reaching double-digits for the first time in the NBL. It was a nice performance on his 17th birthday.

The top eight teams move to Group A, with each playing home-and-away games with each other team. The top six teams move on to the postseason. The seventh- and eighth-place teams will need to earn their way with an extra step. The ninth- to 12th-place teams from the regular season will move to Group B and play each team twice at home and twice away. The top two teams from Group B will play the bottom two teams from Group A in order to earn a place in the postseason bracket. The bottom team of Group B will play in a relegation series with the top team from the lower league. The postseason is scheduled for April 9 to May 22.

Zbrojovka Pulls Out of Relegation Zone

On Sunday, FC Zbrojovka Brno pulled itself out of the relegation zone with a victory that it needed in order to begin to right their season when it beat last-place Opava, 0-2.

Adam Fousek put visiting Brno on the board in the 18th minute with a nice low drive past the keeper to finish a long run from midfield. Then, in the extra time of the game, Jan Hladík took advantage of the late-game offensive desperation of Opava to break past the lone defender and slot the insurance goal into the net.

Zbrojovka is 3-4-10 just past the midway mark of the Fortuna Liga season. Their 13 points is ahead of three bottom teams, who, if the season ended today, would be moved to the lower league: FK Mladá Boleslav (11 points), 1.FK Příbram (10) and SFC Opava (8).

Kateřina Zohnová scored 16 of KP Brno’s final 19 points but it wasn’t enough for the visitors to get past second-place Sokol Hradec Králové last Thursday.

Zohnová finished with a game-high 21 points. Renáta Březinová, a longtime mainstay of the Hradec Králové organization, finished with 15 points for KP Brno. Emily Potter added 15 points and 10 rebounds for Brno.

The Renomia ŽBL has reached a two week break in the season. KP Brno finishes the regular season with games at home against BLK Slavia Praha on Feb. 13 at 6 p.m. and at ZVVZ USK Praha on Feb. 20 at 6 p.m.

When the 18-round regular season ends on Feb. 20, the top four teams move into Group A, which will play home-and-away games among each other. The fifth- to eighth-place teams will move to Group B, which will play to determine the four teams that will move into the postseason bracket and the best-of-five quarterfinal series (and one team that will play in a relegation series with the top team from the lower league).

A connoisseur of the unpredictable and unscripted drama of sports.
View all posts by Bruno Zalubil →
« Over 100 New Buses To Operate In South Moravia in 2021
DPMB Closes Deal For New Škoda Trolleybuses and Trams »