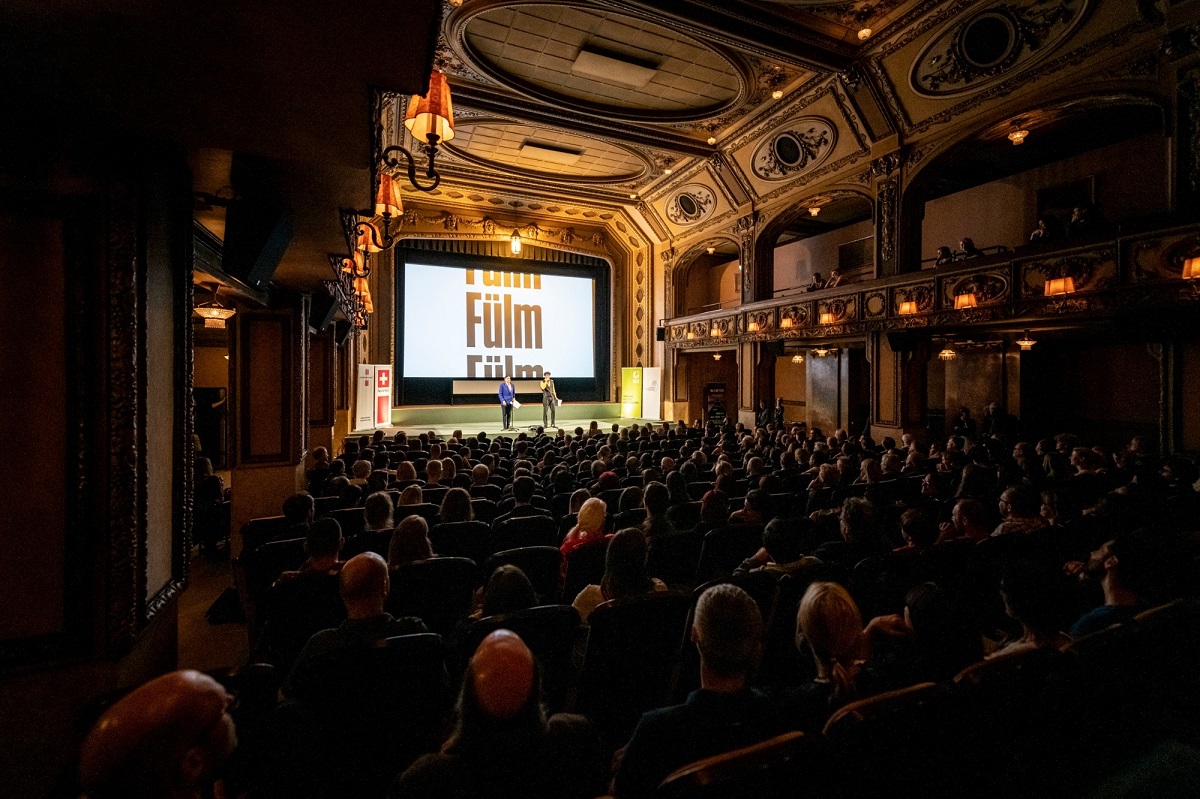 A captivating mix of comedy, drama and romance: a selection of German-language films will be screened online via DAFilms in February. A documentary following the art of traditional bread making, the dramatic story of two refugee children in Austria, and a romantic comedy about a Jewish boy, are just some of the features to look forward to. Photo: Das Filmfest 2019. Credit: Das Filmfest.

Czech Rep., Jan 24 (BD) – Das Filmfest, the festival of German-language film, will screen a special online edition on the DAFilms.cz platform from February 8th – 14th. The selection features documentaries from Germany, Austria and Switzerland, some humorous and witty, others more serious. All films will be shown with Czech and English subtitles.

For the first time in 15 years, Das Filmfest could not take place last October due to the anti-coronavirus measures. The event for this coming October is already in preparation by the organizers, the Goethe-Institut in Prague, the Austrian Cultural Forum in Prague, and the Swiss Embassy in the Czech Republic. However, a special online edition will take place in February.

Films to Look Forward to

Adapted from the novel “Oscar and Lilli” by Monika Helfer, this film won the Audience Award at the Max Ophüls Preis Festival. This heartfelt story probes into the issues of refugees and foster care from the perspective of a child. As brother and sister are separated from each other and their mother in Austria, they take on bureaucratic hurdles to get back together.

Landrauschen (‘Noise of the Land’)

An authentic village atmosphere is evoked by using documentary recordings and the dialects of mostly amateur actors. Instead of a traditional script, a script outline was used to encourage the actors to improvise and play freely with their characters. This experimental film won the Max Ophüls Award for Best Feature Film and Best Screenplay.

After the failure of her musical career, Anna becomes a violin teacher at a highschool and takes talented 12-year-old Alexander under her wing. The film exposes the perfection-driven world of musicians and the toll this path takes on individuals and their loved ones.

This documentary tells the story of the traditional art of bread making and how it fits into society and the environment. In an era where bread-making has been appropriated by large corporations, artisan bakers are fighting to keep the trade alive with great determination and creativity.

A cinematic adaptation of Antonio Fian’s novel “The Polykrates Syndrome”. The story of a love triangle filled with comedy, romance and even horror, as new-comer Alice shakes up the routine marriage between Arthur and Rita.

The son of an orthodox Jewish family, Mordechai Wolkenbruch, deviates from the traditional path as he starts falling in love with his non-Jewish classmate Laura.

An ordinary dinner with friends becomes dangerously interesting as the host suggests playing a game. The group agrees to share all incoming calls and messages on their phones with each other; it begins as harmless fun but ultimately leads to drama and confusion.

Festival passes cost CZK 99 and the first 100 viewers can watch each of the films for free. The films will be accessible for 48 hours, starting from 7pm. Landrauschen can be viewed anytime during the festival.

More information about the film festival can be found at www.dasfilmfest.cz and www.dafilms.cz.

https://brnodaily.com/2021/01/24/culture/special-online-edition-of-das-filmfest-german-film-festival-coming-in-february/https://brnodaily.com/wp-content/uploads/2021/01/movie-theatre-audience-german-photo-credit-das-filmfest-1024x682.jpghttps://brnodaily.com/wp-content/uploads/2021/01/movie-theatre-audience-german-photo-credit-das-filmfest-150x100.jpg2021-01-24T13:18:19+01:00Kim BingelArt & CultureCzech Republic / WorldFunCzech Republic,Expats Czechia,Film,Film FestivalA captivating mix of comedy, drama and romance: a selection of German-language films will be screened online via DAFilms in February. A documentary following the art of traditional bread making, the dramatic story of two refugee children in Austria, and a romantic comedy about a Jewish boy, are just...Kim BingelKim Bingelkjbingel@gmail.comAuthorSouth African in Brno. Independent international traveller. Enjoys nature and a sustainable lifestyle.Brno Daily