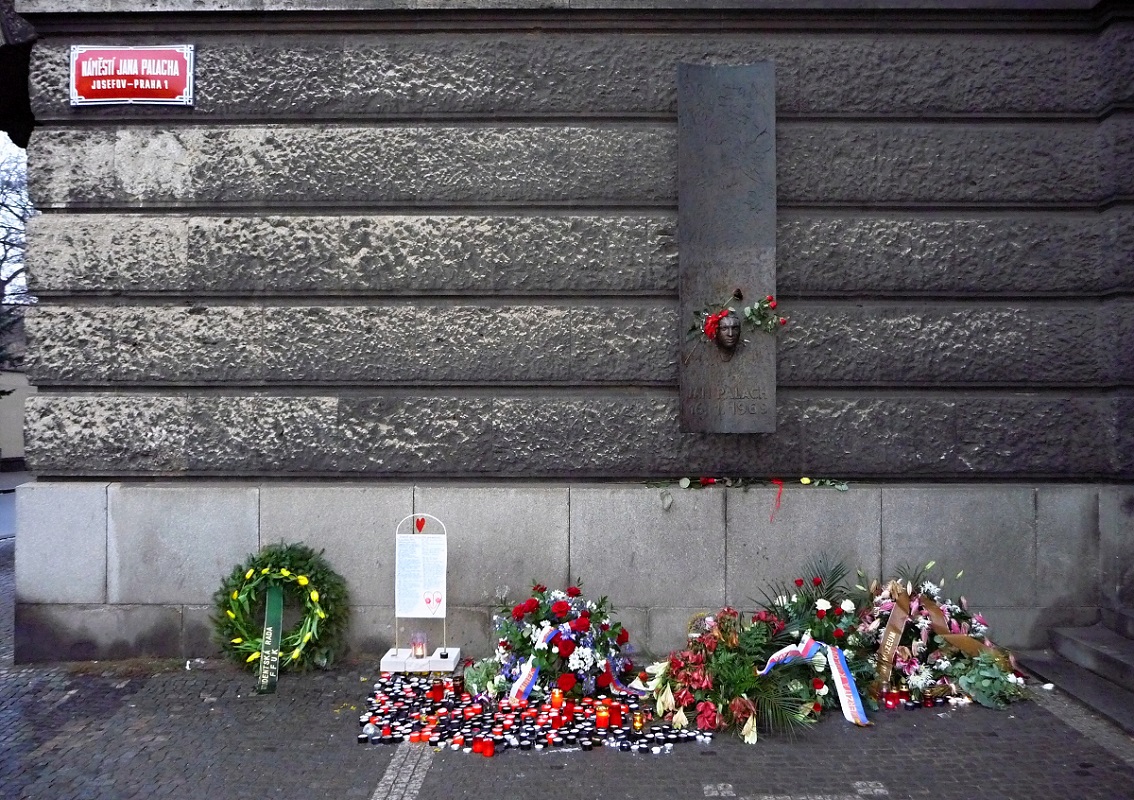 January 19th marks the commemoration of the eternal symbol of Czech national resistance, Jan Palach. His legacy continues to live with us, 52 years after his self-immolation in Wenceslas Square in Prague, which made him one of the heroes of the Prague Spring. Still a student at the Faculty of Arts when he died, his memory survives through music, movies, and literature. Photo: Monument on the náměstí Jana Palacha (‘Jan Palach Square’) in Prague commemorating Jan Palach in 2009. Credit: I, Ondřej Žváček, via Wikimedia Commons under license CC BY 2.5.

Czech Rep., Jan 19 (BD) – January 19th, 2021, marks the 52 years since Jan Palach’s death in Wenceslas Square in Prague, after he set himself on fire to protest against the Soviet-led Warsaw Pact invasion of Czechoslovakia. He died three days after the self-immolation, after doctors were unable to save him from the serious injuries caused by the fire.

Palach was a student at the Faculty of Arts of Charles University, and 52 years on, his legacy is still with us. He is held up as the national symbol of the Prague Spring, a period of political liberalization and mass protest in the Czechoslovak Socialist Republic that lasted approximately seven months, from January 5th to August 21, 1968.

The Prague Spring began with the election of reformist Alexander Dubček as the First Secretary of the Communist Party of Czechoslovakia (KSČ). In August that year, the Soviet Union and other Warsaw Pact members invaded Czechoslovakia to suppress the reforms. The week after the invasion saw nonviolent resistance spark across the country, and the beginning of a massive wave of emigration, due to the suppression of speech, media, and many other freedoms. Jan Palach became a symbol of that resistance as the first to immolate himself in Wenceslas Square, where there is now a memorial to his death, but he wasn’t the last. Palach was part of a suicide pact formed by students and others willing to sacrifice themselves in protest at the invasion; his friend Jan Zajic also followed in the same path.

Palach left behind a letter in which he wrote that: “I am not doing this because I would be tired by life, on the contrary, because I cherish it too much. Hopefully, my act will make life better. I know the price of life and I know it is the most precious thing. You must never accept injustice, be it in any form, my death will bind you.”

Senate President Miloš Vystrčil and other senators laid flowers at the memorial cross in front of the National Museum on Wenceslas Square on January 16th, while other politicians shared their thoughts on the commemoration of Palach on social media.

Andrej Babiš shared a picture of the memorial cross decorated with flowers left for Palach, writing: “Today, I also think of the memory of Jan Palach, who 52 years ago sacrificed his life in the hope that his deed would help bring the nation together. Our country then faced an occupation, today we have to face an insidious pandemic. That is why I would very much like us to reunite and defeat it together.”

Palach’s self-immolation has been widely referenced in local and international music, literature, movies, and other cultural forms. One example is the Israeli song “Prague” by Arik Einstein, at the Israel Song Festival of 1969, which was a symbolic commemoration of Palach. The music video for the song “Club Foot” by the band Kasabian is also dedicated to Palach. Written by Charles Sabatos, the book Burning Body: Icon of Resistance: Literary Representations of Jan Palach also carries his memories.

He was also immortalised by the 2018 movie named after him, starring Czech actors. The movie is currently available on Netflix in Czech with English subtitles. More information on the movie can be found here.

https://brnodaily.com/2021/01/19/news/politics/jan-palach-died-52-years-ago-today-his-legacy-still-with-us/https://brnodaily.com/wp-content/uploads/2021/01/jan-palach-memorial-cropped-credit-By-I-Ondrej-Zvacek-via-WikimediaCC-BY-2.5.-1-1024x722.jpghttps://brnodaily.com/wp-content/uploads/2021/01/jan-palach-memorial-cropped-credit-By-I-Ondrej-Zvacek-via-WikimediaCC-BY-2.5.-1-150x106.jpg2021-01-19T16:08:06+01:00Melis KarabulutCzech Republic / WorldPoliticsCzech Republic,History,PoliticsJanuary 19th marks the commemoration of the eternal symbol of Czech national resistance, Jan Palach. His legacy continues to live with us, 52 years after his self-immolation in Wenceslas Square in Prague, which made him one of the heroes of the Prague Spring. Still a student at the Faculty...Melis KarabulutMelis Karabulutmeliskarabulut97@gmail.comAuthorA journalist from Turkey; an enthusiast of investigative stories on migration and politics in the Czech Republic. Writes about the journeys of inspirational expats living in Brno; and the bits of life that spark inspiration.Brno Daily 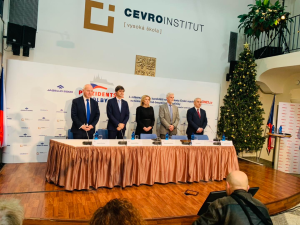 A journalist from Turkey; an enthusiast of investigative stories on migration and politics in the Czech Republic. Writes about the journeys of inspirational expats living in Brno; and the bits of life that spark inspiration.
View all posts by Melis Karabulut →
« Several New Tourist Attractions Set To Open In Brno This Year
Brno-Střed District Allocates CZK 107 Million For New Investments in 2021 »