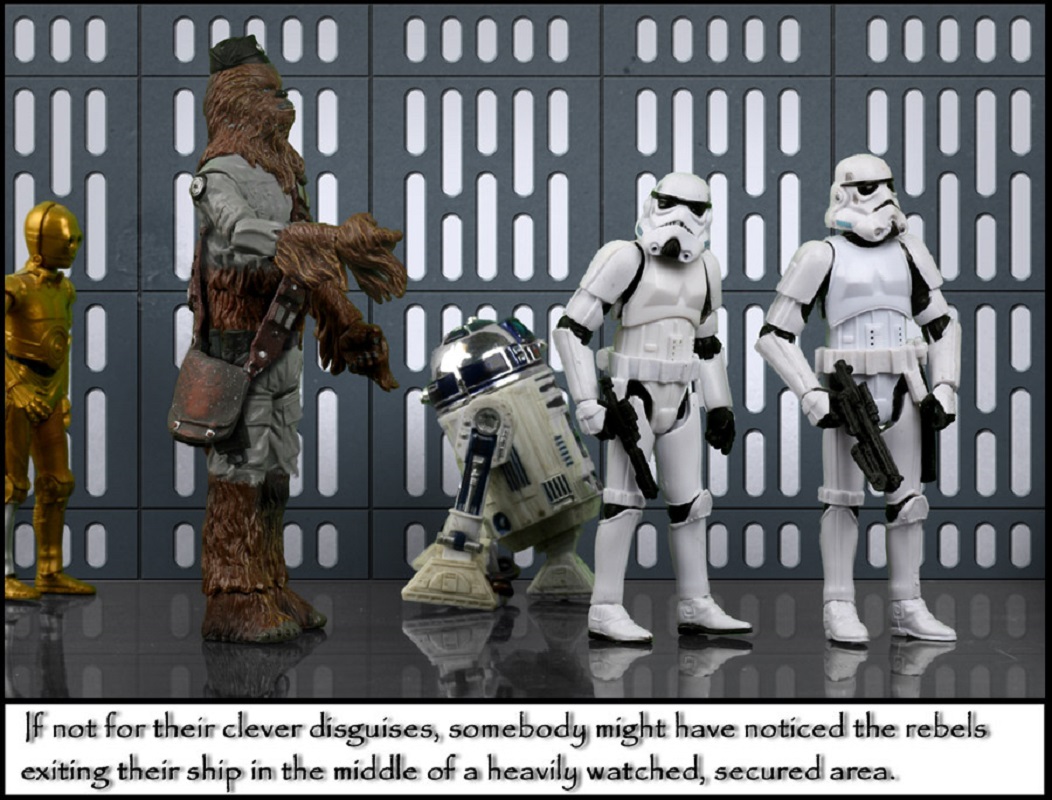 I saw Star Wars in a drive-in movie theater in southeastern Washington State in 1977, the year that it originally came out. I was 5.

Recently, my children said that they wanted to see it. The girl was 5. The boy had just turned 4.

My first reaction was: No. The way I see it, animated movies and television cartoons are age-appropriate. Guns and lightsaber fights are not. I don’t want my kids to have their brains seeded with visual examples. They will eventually encounter fighting, brutality, pain, suffering, blood, aggression and violence; I would rather they get a bit more foundation so that they can conceptualize it all correctly.

But they kept asking.

And, now that we are stuck inside, both because of the colder weather and the resurgence of the coronavirus, this is the kind of decision that many parents will have to make.

The Star Wars space-opera series of movies has a large international following that is an indelible part of culture, including for its myriad impacts on society (i.e., one of the first blockbuster summer movies), military / space exploration (i.e., Ronald Reagan’s Strategic Defense Initiative, a.k.a. the Star Wars program), merchandising (i.e., action figures, Pepsi), religion (i.e., adherents of Jedi) and on and on. Fans offer advanced theories for the thematic and special-effects changes that came with the franchise move from Lucas Films to Walt Disney Productions. Movie reviews in sophisticated newspapers and magazines treat each new installment with the gravity of avant-garde films. And, I admit that I put additional stock in the series because it was based upon the mythological studies of Joseph Campbell: Luke Skywalker is “The Hero With a Thousand Faces”.

The movies still address that child in us all. This current generation of teenagers is a new wave. One of my former high school students wore a Star Wars themed shirt every day. He was, and is, intelligent and ambitious. In every lesson, I mined my limited knowledge of the Star Wars universe to come up with unique and interesting examples for teaching present perfect verb usage or explaining hanging participles. Hopefully, it worked to bring the lessons alive.

I have a friend who made money by buying and selling Star Wars memorabilia. He also photographed creative scenes with his Star Wars figures characters for a fan site (see above).

And, I will also admit that, after not having seen a Star Wars movie for close to two decades, I found myself choked with emotion as I watched a trailer for one of the new movies: such is the power of that recognizable burst of music and the two-level, all-caps font with the horizontal extensions to the Ss and the R.

The wife and I don’t have a rigid parenting strategy, but we talk through situations as they come up. Watching a movie with gunplay was not an insignificant decision. Only a few months before, “Brave”, a Disney movie about a Scottish princess, had caused the boy to leave the room early because it was too intense. The girl came soon afterwards because she didn’t want to be alone. We finished the moving together, seemingly stronger for the experience. However, later in the evening, the fact that a witch had turned the mother character into a bear caused hysterical tears when the girl extrapolated that concept to her own mother and her real life.

Would a science fiction movie with Jawas, Sand People, the “scum and villainy” in the Mos Eisley cantina on planet Tatooine, Storm Troopers and, most of all, Darth Vader lead to sleepless nights? Would blasters and lightsabers and the explosion of the Death Star be too much?

In the end, the interest they showed while we watched the manned SpaceX launch in May and the onset of an interest in robots, proved enough. After all, I saw it when I was 5 and I turned out mostly okay; they are well-grounded kids; we would prepare them for the worst; we would watch it with them; and, when compared to other movies, Star Wars: A New Hope (Episode IV), as it is now known, does not have over-the-top violence.

Plus, the power of nagging is not insignificant.

Watching the original Star Wars movie with my kids was a nice experience. It was like experiencing the cultural touchstones for the first time and before they had become so commonplace as to be cliché. (Later, we watched a performance of the Romeo and Juliet ballet and I got to explain that timeless storyline as well.)

Darth Vader caused the children to tense up, but they handled it well. The scene where Vader uses his mind to choke an admiral — the scene that has always stayed with me — went by quickly. I’m not sure it even made an impression on either of them.

They were glued to the television and their attention never wavered, the same way I was when I watched it at that drive-in movie theatre a long time ago in a galaxy far, far away….

https://brnodaily.com/2020/11/14/lifestyle/bruno-watching-star-wars-for-the-first-time/https://brnodaily.com/wp-content/uploads/2020/11/StarWars-figures-credit-Zeb-Telfer-1024x779.jpghttps://brnodaily.com/wp-content/uploads/2020/11/StarWars-figures-credit-Zeb-Telfer-150x114.jpg2020-11-14T07:41:14+01:00Bruno ZalubilBD MagazineColumnBrno,Culture,English-friendly,Expats Czechia,FilmPhoto Credit: Zeb Telfer. I saw Star Wars in a drive-in movie theater in southeastern Washington State in 1977, the year that it originally came out. I was 5. Recently, my children said that they wanted to see it. The girl was 5. The boy had just turned 4. My first reaction...Bruno ZalubilBruno Zalubilbzalubil@hotmail.comAuthorA connoisseur of the unpredictable and unscripted drama of sports.Brno Daily

A connoisseur of the unpredictable and unscripted drama of sports.
View all posts by Bruno Zalubil →
« Sharp Decline in Employment in Europe Since End of 2019
Scientists From Brno University of Technology To Conduct Research On Nuclear Safety »