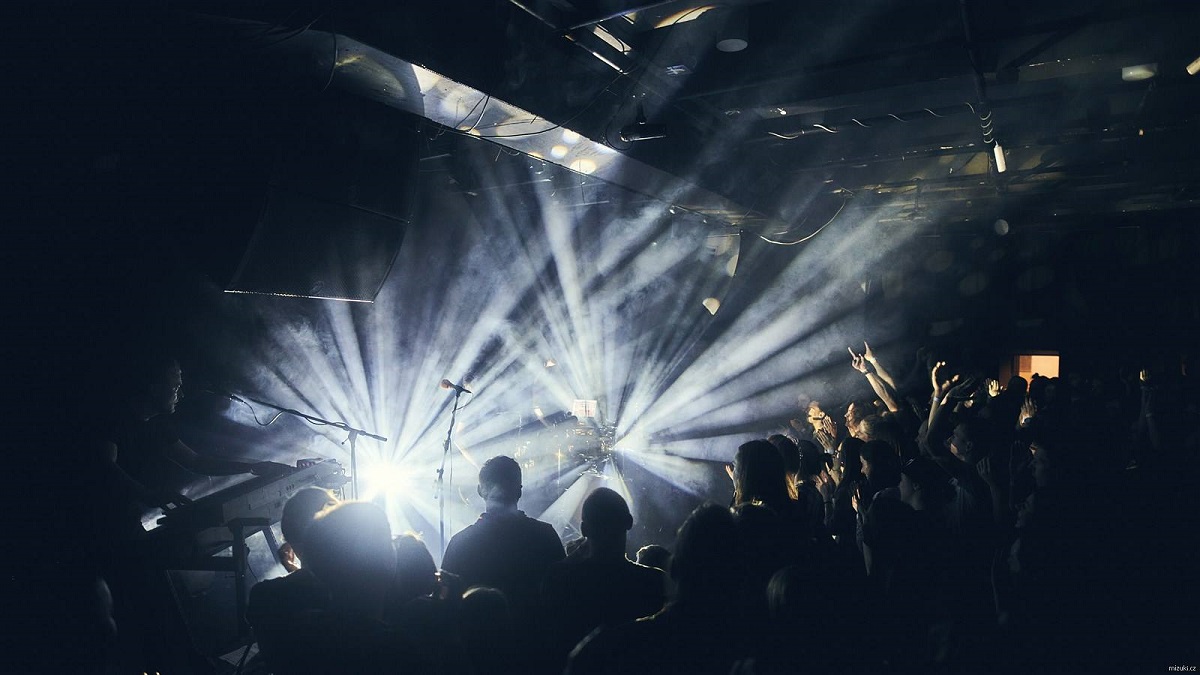 Cooperation, not competition, will help the music clubs in Brno survive and prosper. That is the idea behind BACH Brno Association of Music Clubs, a group comprising 13 of the best known music venues in the city. Set up in October 2019 to represent the common interest when dealing with issues such as noise and marketing that concern every club. However, the coronavirus situation has meant the association has been at the forefront of representing clubs in their fight for survival. Photo: Tata Bojs. Credit: Mizuki.cz via Kabinet Muz.

Brno, Oct 2 (BD) – The three initial members, Ponava, Kabinet Muz and Music Lab, have grown to 13 and now include some of the bigger venues such as Fleda and Sono Centrum. The brainchild of Vít Kalvoda, the owner of Ponava,  BACH was intended to make it easier to deal with the Brno municipal councils about matters such as opening hours and noise regulation by presenting a common voice to the powers that be. It would also mount joint marketing campaigns by producing programme posters, which can now be seen around the city. Future plans include a joint online presence and a mobile app. Other ideas include joint purchasing for better discounts.

That was all before coronavirus had posed an existential threat to the whole music club sector. The government at first didn’t offer much suitable support in the first wave of financial measures, which were aimed at the big boys. BACH surveyed the clubs and calculated that, over 6 months, losses would be in the region of CZK 82 million.Vít Kalvoda, BACH  Chair, found the city accommodating but limited in the financial help they could offer. Brno City Council, however,  found other ways of helping entertainment and hospitality businesses by relaxing the rules regarding outdoor music and drinking and allowing the city districts to designate outdoor seating areas for which the fees were waived.

Although the relatively restriction free summer allowed the clubs to recoup some of the earlier losses the Autumn does not look so promising. Metro Music Bar and Fleda have cancelled their Autumn programmes. For smaller clubs it is going to be tough to survive. “Concerts of small bands are not a money factory,” said Martin Kozumplík, co-owner of Kabinet Muz and founder member of BACH. The clubs have almost no income, while BACH members have to pay approximately CZK 5 million fixed costs. So they are calling on the state to support it. However according to Lukáš Stara of Fleda “the problem is that the government will never say  openly (that it wants clubs to shut)”. It always comes up with some ridiculous conditions like setting the maximum number of standing people at 10 to avoid  responsibility for compensation.

‘Brno clubs are the only clubs connected together in an association’ Kozumplík told Brno Daily’. It gives them visibility and is good for brno ’ Clubs from other cities are looking to BACH to represent their interests in the newly formed Music Industry Association, of which BACH is one of the founding members. This has been set up by the major Czech venues and promoters such as O2 Arena and Forum  Karlín. The only other member from Brno is the Brno Trade Fairs. Although the bigger venues carry the financial clout, BACH’s Presence guarantees that the needs of smaller clubs are not ignored.

Looking to the future the association has secured funding to further their original plans such as the app to promote Brno clubs to the world. They just have to survive the next few months.

https://brnodaily.com/2020/10/02/culture/bach-brings-bite-to-brnos-music-clubs/https://brnodaily.com/wp-content/uploads/2020/09/band-Tata-bojs-credit-Mizuki.cz-via-Kabinet-Muz-1024x576.jpghttps://brnodaily.com/wp-content/uploads/2020/09/band-Tata-bojs-credit-Mizuki.cz-via-Kabinet-Muz-150x84.jpg2020-10-02T11:29:15+02:00Charles du ParcArt & CultureBrnoBrno,MusicCooperation, not competition, will help the music clubs in Brno survive and prosper. That is the idea behind BACH Brno Association of Music Clubs, a group comprising 13 of the best known music venues in the city. Set up in October 2019 to represent the common interest when dealing...Charles du ParcCharles du Parcchaduparc@gmail.comAuthorCharles du Parc comes originally from London and worked there in fashion retailing for several years. Before coming to the Czech Republic in 2005, he ran his own delicatessen and café in a small town on the south coast of England. He has also served as a judge for the World Cheese Awards. Having fallen in love with Brno,he now regards it as home and works there as a freelance teacher, writer and translator.Brno Daily

Charles du Parc comes originally from London and worked there in fashion retailing for several years. Before coming to the Czech Republic in 2005, he ran his own delicatessen and café in a small town on the south coast of England. He has also served as a judge for the World Cheese Awards. Having fallen in love with Brno,he now regards it as home and works there as a freelance teacher, writer and translator.
View all posts by Charles du Parc →
« New Forecast Sees Continued Decrease in Real Wages
The 20/21 BEST Divadlo Season Will Open on October 12th »