New “Park and Ride” Site To Open At Zetor On Monday 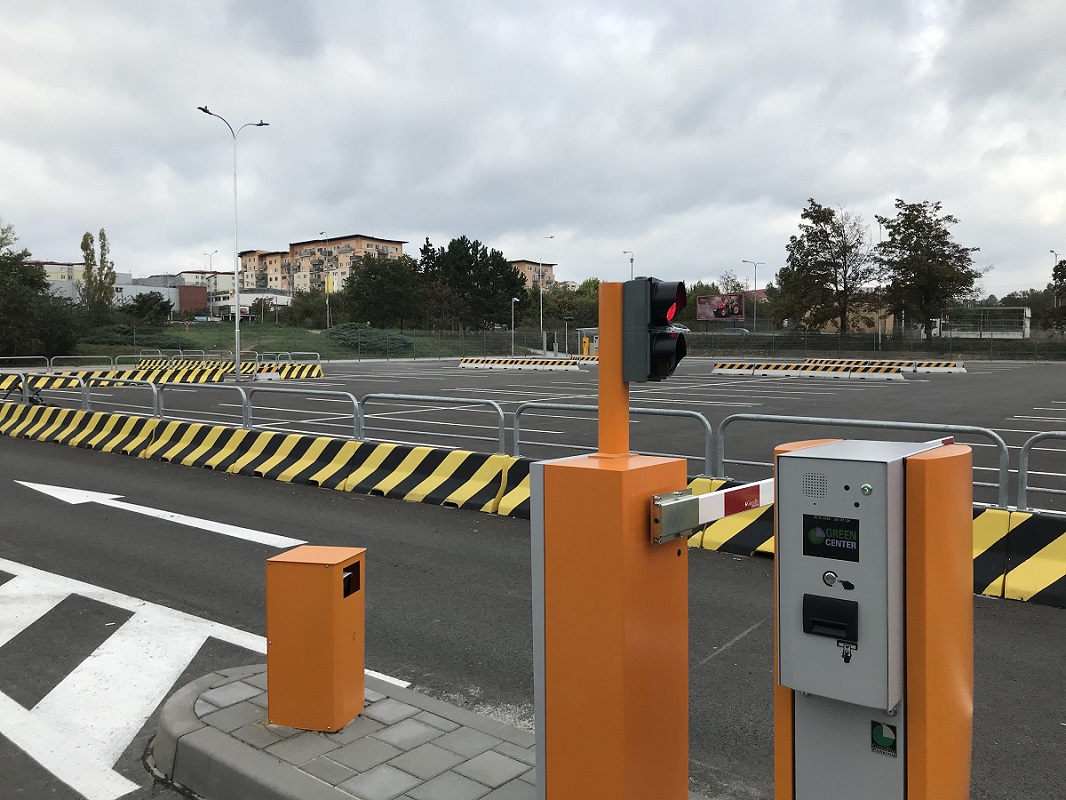 The 220-space park and ride (P+R) has been created on land acquired by the City of Brno from Zetor in 2018. The council has also added a large car park with over 600 spaces near Kampus Bohunice to its list of further planned P+R sites. Photo: Park and Ride in Zetor. Credit: R. Matuszková via MMB Archive.

Brno, OCT 2 (BD) – From Monday, commuters into Brno will be able to make use of a new Park and Ride (P+R) site in Lisen, adjacent to the Zetor factory. For 20 crowns, they will be able to leave their car at the site for half a day and continue into Brno city centre by public transport. The P+R can park 220 cars.

“The new P+R car park in Líšeň is right next to a bus stop on line 58, and only a few steps from the Novolíšeňská tram stop. Getting directly into the center of Brno from there takes only a quarter of an hour,” said Petr Kratochvíl (ODS), Brno Councillor for Transport. “In order to make the car park as user-friendly as possible, there are info panels of the Brno Transport Company (DPMB), so people can quickly find out when the nearest connection is running. They will also find a ticket machine there,” he added.

The city acquired the land from Zetor in 2018 for CZK 31 million. Repairs of the parking area and sidewalks were carried out by Brno Roads as part of routine maintenance, and the city then provided the technological equipment such as the barriers and camera system, and constructed new public lighting, at a total cost of CZK 10 million. The funds were drawn from the Mobility Fund, paid for by money collected from residential parking.

The city is working to provide further P+R sites in the future. Project documentation for a building permit has already begun for a parking facility on Šumavská. Other planned locations include Královo Pole railway station, Jemelkova, Sportovní, Akademická, Okružní, Ostravská, and Purkyňova, where an application for a zoning decision has been submitted.

“We have added Bítešská as another location to those previously identified as suitable for the construction of a P+R car park. Property rights are currently being settled with the Directorate of Roads and Motorways of the Czech Republic, and at the same time we are starting the preparation of project documentation for zoning decisions and building permits,” said Kratochvíl.

The proposed four-storey building will occupy most of the area of an existing car park on Bítešská, and can house 663 cars. The current car park has a capacity of 190 spaces.

“Given that there are teaching hospitals, a shopping center and a university campus in this area, we expect a lot of demand for parking. The good transport connections are another big plus, as they will soon be reinforced by an extended tram route,” added Kratochvil.

The costs are estimated at CZK 190 million.

The P+R system could significantly increase parking capacity in the city. The basic principle is to create parking spaces in locations where people can continue comfortably by public transport. Together with residential parking, the scheme forms part of Brno City Council’s strategy to solve congestion of the transport network in Brno.

https://brnodaily.com/2020/10/02/brno/new-park-and-ride-site-to-open-at-zetor-on-monday/https://brnodaily.com/wp-content/uploads/2020/10/PR-Zetor-R.-Matuszkova-credit-MMB-1024x768.jpghttps://brnodaily.com/wp-content/uploads/2020/10/PR-Zetor-R.-Matuszkova-credit-MMB-150x113.jpg2020-10-02T16:02:26+02:00Jack StephensBrnoNewsBrno,News,Residential Parking BrnoThe 220-space park and ride (P+R) has been created on land acquired by the City of Brno from Zetor in 2018. The council has also added a large car park with over 600 spaces near Kampus Bohunice to its list of further planned P+R sites. Photo: Park and Ride...Jack Stephens jack.stephens50@gmail.comAuthorA writer and English teacher originally from London who has lived in Brno since 2011, interested in politics, low culture, and all things strange and/or Czech.Brno Daily

A writer and English teacher originally from London who has lived in Brno since 2011, interested in politics, low culture, and all things strange and/or Czech.
View all posts by Jack Stephens →
« The 20/21 BEST Divadlo Season Will Open on October 12th
Br(u)no: The Sequel Has Begun »