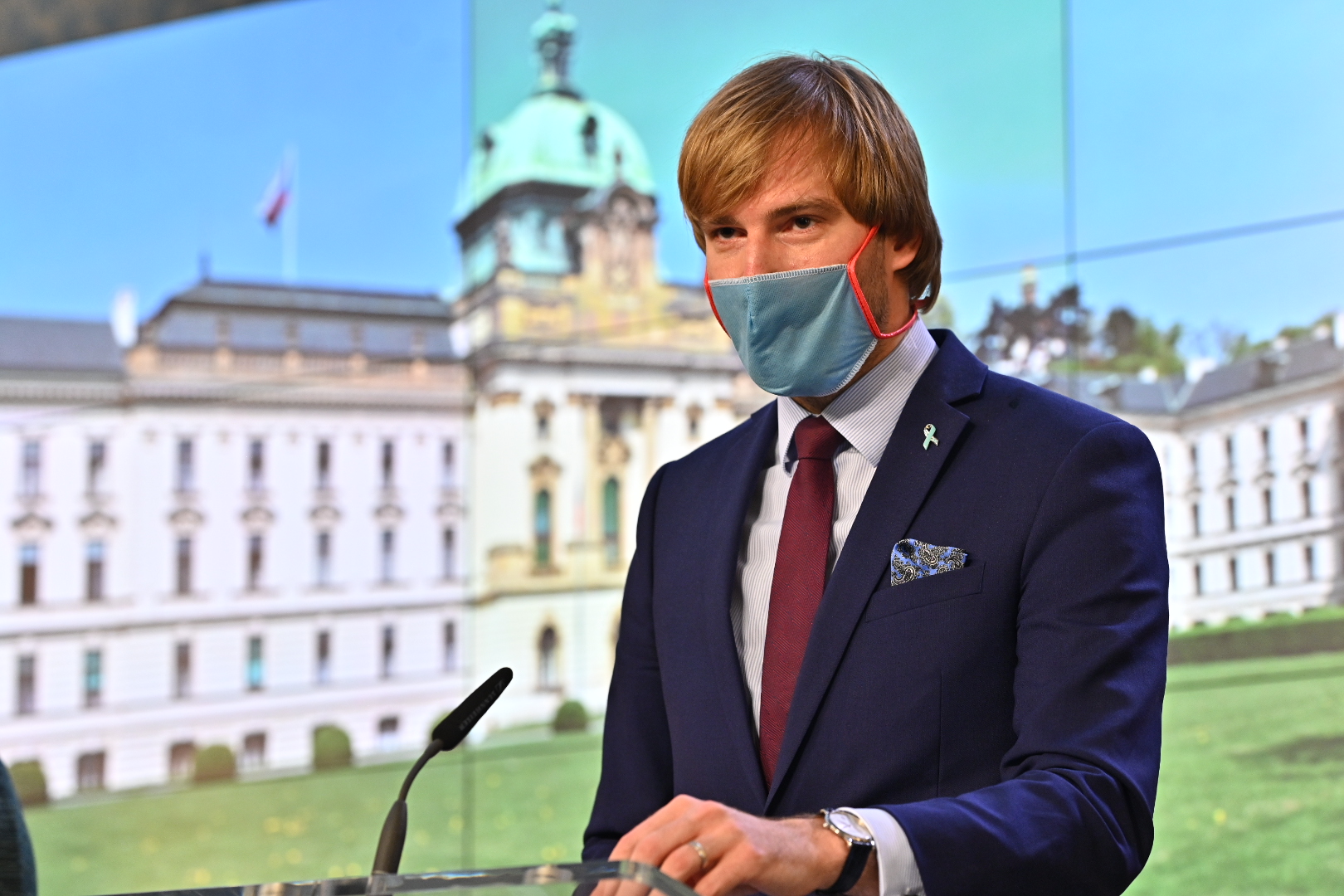 Czech Rep., Aug 20 (BD) – CHANGE IN RULES announced this afternoon: The regulations for wearing facemasks in most public indoor places have been changed before they enter into force on September 1st. The updated regulation from today states that facemasks will not be necessary in restaurants, schools, shops, or establishments providing services. From September, they will be mandatory only on public transport, and in public offices, public administration bodies, polling stations and social and medical facilities.

We will bring you a detailed overview tomorrow.

Czech Rep., Aug 19 (BD) – On Monday, the Ministry of Health announced that the mandatory wearing of facemasks would be reintroduced from September 1st in most public indoor areas and on public transport. The measure is regarded by the Ministry as a necessary preventive measure, which will apply from the beginning of September due to the anticipated increase in social interactions with the beginning of the new school year, and the general increased incidence of respiratory diseases in autumn.

According to the Ministry, the measure is based on recommendations of epidemiologists, and the places where facemasks will be required include those “where a higher risk of transmitting the disease can be expected,” said Health Minister Adam Vojtech (ANO). According to Vojtech, this includes public indoor spaces, as it is not always possible to ensure that people maintain sufficient distance. “Our goal is to provide maximum protection for vulnerable citizens, such as the elderly or the sick, with this preventive measure,” said Vojtech. “Facemasks are one of the most important and effective preventive measures, which proved successful in the spring of this year and helped us manage the epidemic.”

Where You Will Need to Wear a Facemask

The extraordinary measure will apply inside public buildings, including all shops, public offices, post offices, shopping centers, establishments providing services such as hairdressers and nail salons, common areas in schools (except individual classrooms), churches, cultural events such as theaters and cinemas, and courts (except judges, participants, witnesses, experts and interpreters). Facemasks must also be worn in all health and social services facilities, including pharmacies. With elections coming up, facemasks must also be worn inside polling stations.

In restaurants and catering facilities, including cafes and bars, there will be a similar rule: visitors will be allowed to put down their facemasks during consumption, but must wear them when moving around the facility. The same counts for employees of these facilities. “The rules set in this way are nothing new, they are based on a model that has already been set up and proven in the past, as well as on foreign experience,” explained Rastislav Maďar, head of the epidemiological working group at the Ministry of Health of the Czech Republic.

During indoor mass events it will also be necessary for all participants to wear a facemask, regardless of the number of attendees. The event capacity limit remained unchanged at 500 for indoor events and 1,000 for outdoor events, with a maximum of five separate sectors each at that limit. Added is now that in the case of outdoor spaces occupied by seats, seating must be limited so that a maximum of half of the total number of seats is occupied and the participants use every other row for seating. For indoor events, there is, so far, only the facemask obligation.

Children under the age of two and people with mental disabilities will be generally excluded from the reintroduced facemask obligation. Additionally, facemasks do not have to be worn in gyms and fitness centers, or in indoor swimming pools, saunas and spas. “In preparing the measures, we tried to take into account a number of common daily situations,” said the chief hygienist of the Czech Republic Jarmila Rážová of the exceptions.

Exceptions during mass events include performers of, for example, theater, dance and music, and athletes and trainers during general sport competitions, as well as training and wrestling.

Other exceptions include residents of homes for the disabled and homes for the elderly; children and pedagogical staff in kindergarten; accommodated children, pupils, and staff of boarding schools and youth homes; persons actively participating in ceremonial academic ceremonies at universities; moderators, editors and other persons appearing in radio, television and other shows; the spouses during the marriage ceremony and the persons making a declaration that together enter into a registered partnership; and people having their portrait photograph taken, during the time strictly necessary for the taking of the photograph, as well as newlyweds and their household members and other loved ones during the taking of a newlyweds photo.

A full list of the exceptions, as well as where facemasks are mandatory, can be found here.

https://brnodaily.com/2020/08/19/news/politics/full-details-published-of-new-facemask-regulations-effective-from-september/https://brnodaily.com/wp-content/uploads/2020/05/vojtech-health-minister-vlada.cz_-1024x683.jpghttps://brnodaily.com/wp-content/uploads/2020/05/vojtech-health-minister-vlada.cz_-150x100.jpg2020-08-20T17:55:17+02:00Tessa AdamsonCzech Republic / WorldPoliticsCoronavirus,Czech Republic,NewsPhoto credit: Vlada.cz.Czech Rep., Aug 20 (BD) - CHANGE IN RULES announced this afternoon: The regulations for wearing facemasks in most public indoor places have been changed before they enter into force on September 1st. The updated regulation from today states that facemasks will not be necessary in restaurants,...Tessa Adamson T.M.Adamson@hotmail.comAuthorExpat student from the Netherlands, passionate about writing, travelling, languages and politics.Brno Daily