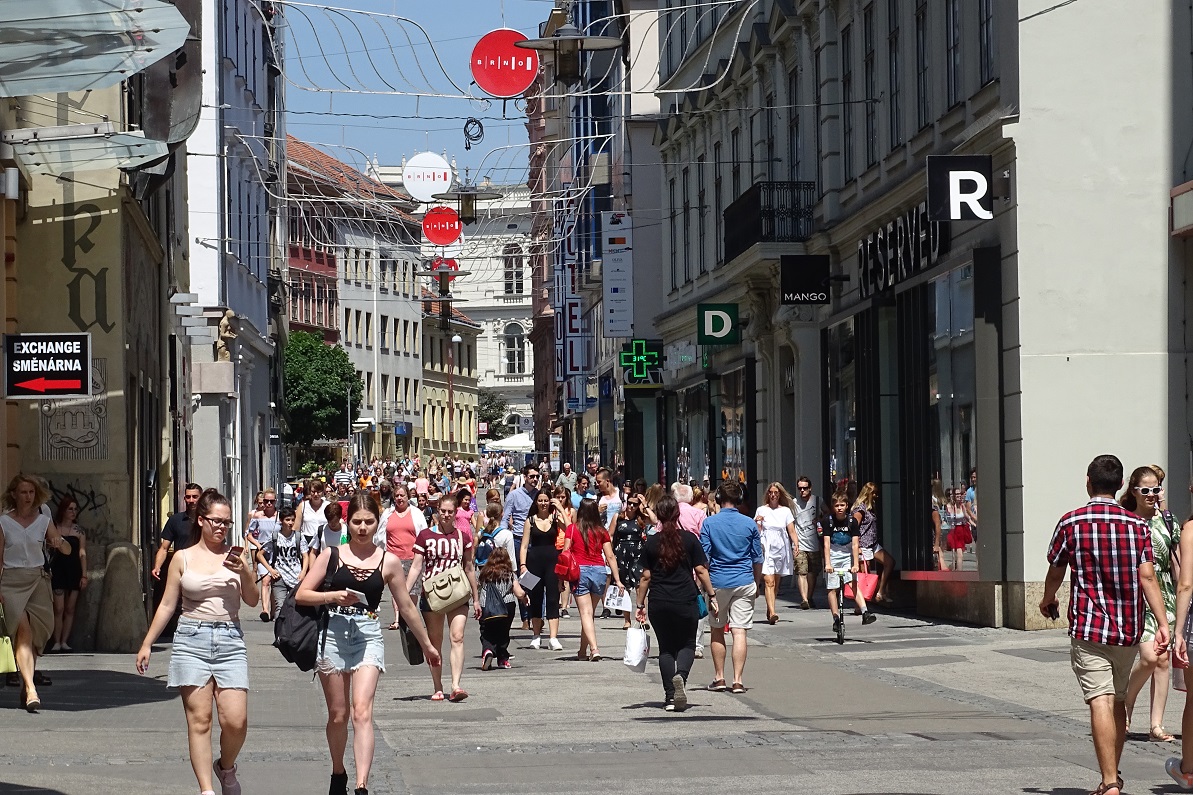 The next public census in the Czech Republic will take place online beginning in March 2021, and will last for seven months. The Czech Statistical Office (CZSO) estimates that it will take around 15 minutes to complete the online form. Those who are unable to complete the forms online will still be able to submit the forms via post. Participation in the census is mandatory according to law, and failing to do so could incur a fine of up to CZK 10,000. Photo credit: ZM / Brno Daily.

Czech Rep., Aug 13 (BD) – The next census in the Czech Republic will launch online at midnight on March 26th, 2021. While previous censuses allowed people to submit their completed forms electronically, the forthcoming census is designed to take place primarily online. According to estimates from the Czech Statistical Office (CZSO), more than 60% of the population will be using the online platform for the census. They also point out that this number could increase due to the current coronavirus situation.

The census will take place without contact with the census commissioners. “You don’t catch the flu or coronavirus when you’re participating online. The possibility to take part in the census from the safety of your home is thus another added value of the Census 2021, which will also be simpler and more user-friendly for citizens,” said CZSO President Marek Rojíček.

The census is mandatory, and will include all inhabitants of each of the 6,258 municipalities of the Czech Republic. Exceptions include foreign nationals with diplomatic immunity and those staying in the Czech Republic for less than 90 days, according to Czech and EU law. CZSO will collect respondents’ names, their ID numbers and types, date of birth, sex, place of residence, nationality, mother tongue, level of education, number of children, occupation, commuting distance, and other information. There are provisions for the census to be completed in English and some other languages, with plans underway to translate it into other languages, according to Jan Cieslar, spokesman for the CZSO. You can get more information from the official census website.

Statisticians will use available data from previous censuses, which will reduce the amount of information surveyed by about half, making participation easier. According to Robert Šanda, Director of the CZSO Population Statistics Department, “Questions about household equipment, such as bathrooms or personal computers, will be completely removed, and questions about apartment size, education and commuting to work will be simplified. We place great emphasis on security and personal data protection, where we meet the highest standards.”

The results of the census will be unique and will have a wide range of applications. Municipalities can use them to plan kindergartens or social services, and optimize data on regional transport. “The resulting data will be made available free of charge, and in an expanded range of open formats. It will be possible for users to compile their own data tables and map outputs according to their needs,” added Rojíček. The results are expected to be available at the end of 2021.

The services of Ceska Posta, CZSO’s main partner in conducting the offline census, will be available for all those who are not able to participate online. The Director General of the Czech Post, Roman Knap, believes that they are the best prepared to handle the sensitive census forms: “We have experience and knowledge, we work with experts, we have an extensive network of branches, we have local knowledge and a natural authority among citizens. Nobody wants census forms with sensitive data to be collected by just anyone.”

He added that, compared to previous censuses, the Czech Post will “provide the Czech Statistical Office with a larger portfolio of individual operations. From geographical work and printing of forms, to their distribution, collection, digitization and subsequent shredding.”

The next phase of preparations for the 2021 census is the trial run, scheduled from September 1st to October 22nd, in which CZSO will contact about 25,000 households in order to test the process of data collection both online and in paper form. This is expected to reveal possible problems before the main census in 2021.

Failure to fill in the form will result in a fine of up to CZK 10,000, and for misuse of the census data, a penalty of up to half a million. The census, including all preparations and evaluation from 2018 to 2023, is estimated to cost CZK 2.23 billion.

https://brnodaily.com/2020/08/13/news/2021-census-to-take-place-mostly-online-for-first-time/https://brnodaily.com/wp-content/uploads/2019/07/Brno-Street-Summer-Zenon-Moreau-June-26-15-1024x682.jpghttps://brnodaily.com/wp-content/uploads/2019/07/Brno-Street-Summer-Zenon-Moreau-June-26-15-150x100.jpg2020-08-13T16:42:29+02:00Veronica UgwuCzech Republic / WorldCzech Republic,NewsThe next public census in the Czech Republic will take place online beginning in March 2021, and will last for seven months. The Czech Statistical Office (CZSO) estimates that it will take around 15 minutes to complete the online form. Those who are unable to complete the forms online...Veronica Ugwu ebereezeamigi@yahoo.comAuthorI'm a writer and journalist who enjoys doing things with words. My interests range from food and fashion, to tech, travels, the economy and sometimes politics.Brno Daily

I'm a writer and journalist who enjoys doing things with words. My interests range from food and fashion, to tech, travels, the economy and sometimes politics.
View all posts by Veronica Ugwu →
« 80 Evacuated From Derailed Train Near Brno
NdB August: Drama Season Starts Early with August Pre-premieres »