Latest Figures Show No Increase in Deaths, So Was the Lockdown Necessary? 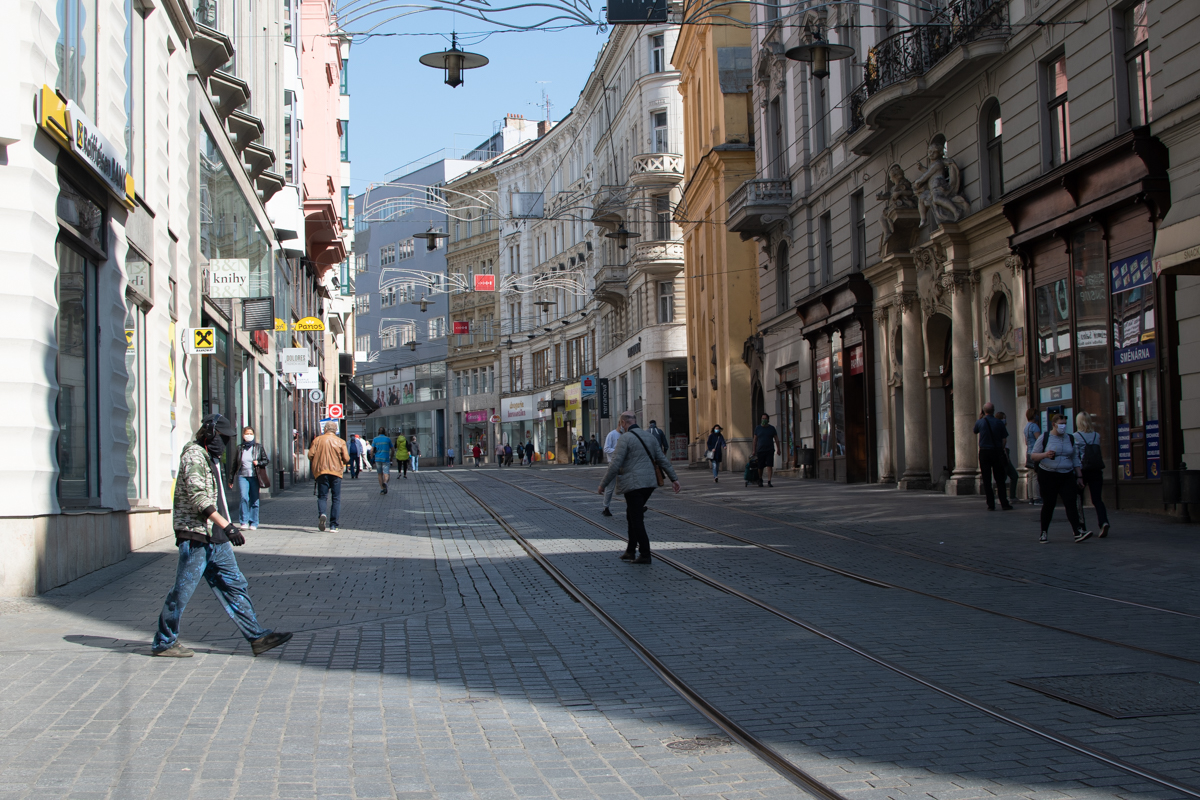 The government has claimed credit for successfully controlling the spread of coronavirus and this claim has been backed up in articles in the international press such as the Washington Post which has lauded the Czech Republic for their model approach to the virus. However, the low numbers here and the fact that previous years have seen more deaths from flu have led some media commentators to question the need for the recent lockdown restrictions – are they right? Photo credit: KK / Brno Daily.

Czech Rep., Jul 20 (BD) – There has been a tendency to compare the number of people who have tested positive for the virus and also the number of deaths with similar figures from other countries. According to the Financial Times in London (FT) ‘there are concerns … that reported Covid-19 deaths are not capturing the true impact of coronavirus on mortality around the world’. In the Czech Republic the mortality rate comprises all deaths of people who had tested positive for COVID-19. In an extreme case, this would include someone with no symptoms who had tested positive, but subsequently died in a car accident. There will be other cases where the virus contributes to someone dying but, because they were not tested, they do not appear in the statistics. The Czech figure for active cases includes people who have tested positive but are not yet cured. They can only move from active cases to being cured by having been tested twice with a negative result. Other countries, such as Germany, assume patients have recovered if they don’t contact the medical services after a fixed period of time.

The FT says that a more accurate way of assessing the impact of the virus is to look at the total number of deaths from all causes for the year to-date and compare this figure with the long term average. It has therefore gathered and analysed such data on excess mortality for several countries. The Czech Statistical Office (CSO) also publishes these figures but with a two month delay, so the latest report on total deaths in the Czech Republic takes us to 24th May. Up to that date there had been 46,738 deaths from all causes. This compares with an average of 46,464 for the years 2011-2019. In other words the number of deaths so far this year is in line with the average number over the last few years. Despite this, there is some evidence that the virus emergency has had an effect on this year’s numbers; the over 65 age group, which has been highlighted as having a higher risk of dying as a result of the virus, has seen an extra 1500 deaths, while there has been a drop in the number of under 65s dying.

The apparent lack of a spike in the total number of deaths has prompted some of the fringe media to claim that the panic concerning coronavirus has been fabricated and the lockdown was unnecessary. Indeed the death rates in 2017 and 2018 were higher (48,353 and 48875 respectively), which was due to the high number of flu cases. To put this claim in perspective, it is helpful to look at what is happening in the rest of Europe. The FT has reported on some of our European neighbours and this highlights how wide apart the figures are in different countries. Among our neighbours, Austria has had 1,200 (+8%) more deaths than the long-term average, whilst Germany has had 9,800 (+5%). These are countries that have been regarded as controlling the spread of the virus well. On the other hand Italy has seen 48.600 (+44%) extra deaths and the UK an excess of 65,700 (+45%).

There is still much to learn about this virus, but we can observe that there are modern developed countries, such as Italy and the UK, that have experienced considerably higher numbers of deaths than usual. The Czech Republic is fortunate to be in the group that has not seen any unusual increase in deaths. It is therefore reasonable to conclude that the actions taken by the government and people of the Czech Republic are, at least partly, responsible for keeping the numbers of deaths close to the average. There is increasing evidence of the effectiveness of wearing facemasks in slowing the spread of the virus. A report from Germany measured a significant drop in the number of new cases of the virus after the introduction of mandatory wearing of masks.

https://brnodaily.com/2020/07/20/news/politics/latest-figures-show-no-increase-in-deaths-so-was-the-lockdown-necessary/https://brnodaily.com/wp-content/uploads/2020/04/Streets-coronavirus-KK-BrnoDaily-16-12-1024x683.jpghttps://brnodaily.com/wp-content/uploads/2020/04/Streets-coronavirus-KK-BrnoDaily-16-12-150x100.jpg2020-07-20T09:25:33+02:00Charles du ParcCzech Republic / WorldPoliticsCoronavirus,Czech Republic,PoliticsThe government has claimed credit for successfully controlling the spread of coronavirus and this claim has been backed up in articles in the international press such as the Washington Post which has lauded the Czech Republic for their model approach to the virus. However, the low numbers here and...Charles du ParcCharles du Parcchaduparc@gmail.comAuthorCharles du Parc comes originally from London and worked there in fashion retailing for several years. Before coming to the Czech Republic in 2005, he ran his own delicatessen and café in a small town on the south coast of England. He has also served as a judge for the World Cheese Awards. Having fallen in love with Brno,he now regards it as home and works there as a freelance teacher, writer and translator.Brno Daily 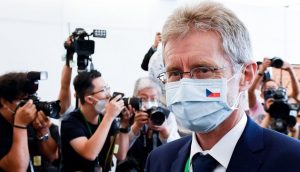 Charles du Parc comes originally from London and worked there in fashion retailing for several years. Before coming to the Czech Republic in 2005, he ran his own delicatessen and café in a small town on the south coast of England. He has also served as a judge for the World Cheese Awards. Having fallen in love with Brno,he now regards it as home and works there as a freelance teacher, writer and translator.
View all posts by Charles du Parc →
« Traffic On Žerotínovo Náměstí To Be Limited Until End of August
Česká Pošta Mistakes Prague Cathedral for Brno »