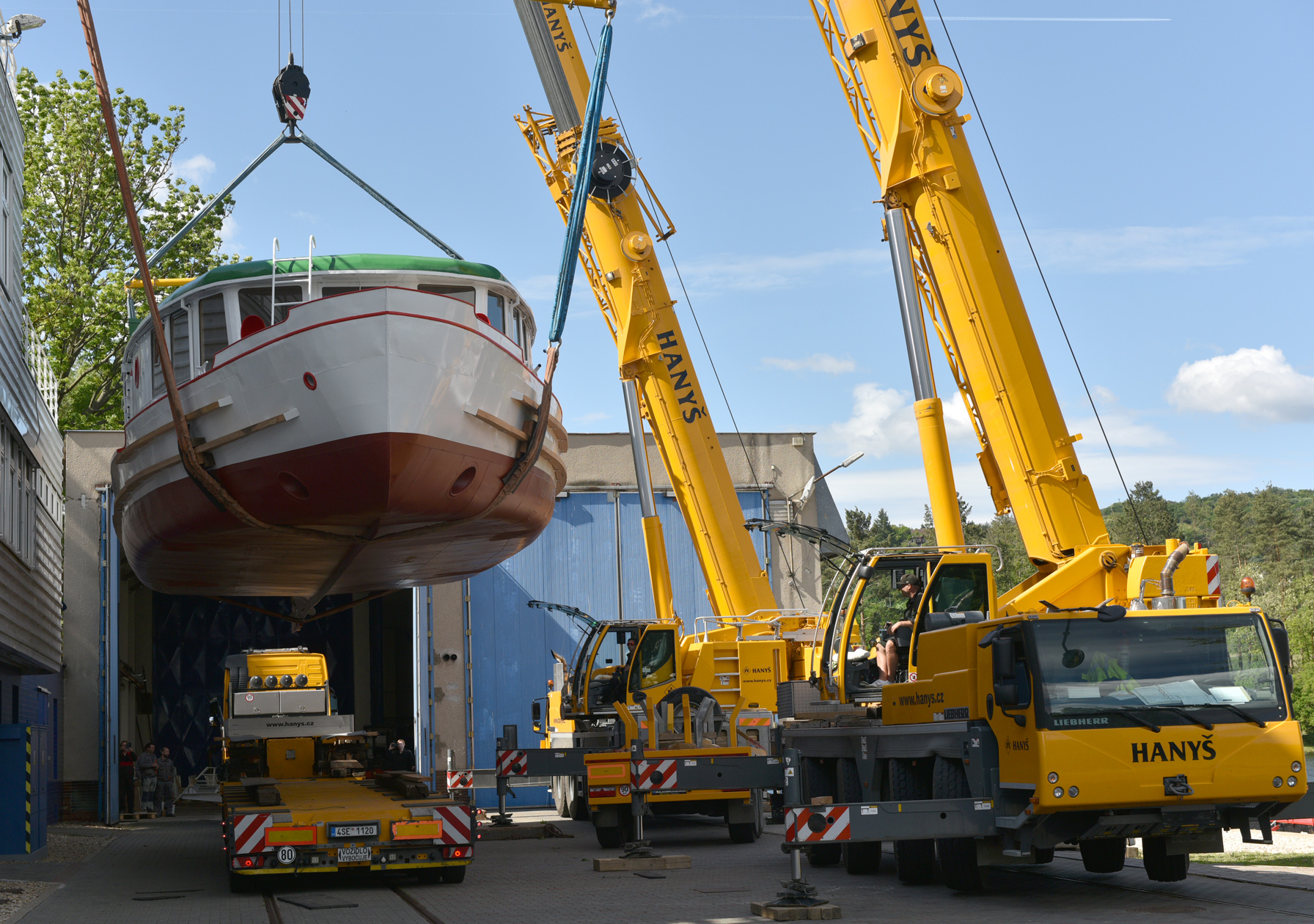 In the summer, a historic passenger ferry originally built in 1954 will return to the waters of the Brno Dam. The ferry was declared a cultural monument in 2013. Over half of those voting in a poll agreed on ‘Morava’ as the new name for the historic ship. Photo credit: Z. Kolarik / MMB.

Brno, Jun 5 (BD) – Since March, a poll has been conducted via the Brno iD website and at the Jiri Mahen Library to choose a new name for the renovated historical passenger ship. From the available options, ‘Bratislava’, ‘Moskva’, and ‘Morava’, 60% chose the latter. The renamed ship will be added to the existing fleet during the summer months of this year.

“The two oldest ships on the Brno Dam were called Morava and Brno. Today, only ‘Brno’ is in service, which the new Morava will complement nicely, with a reference to history,” said First Deputy Mayor Petr Hladik (KDU-CSL).

The other naming options related to Brno or to the ship’s history. Moskva was the original name of the ship, before it was renamed Dallas in the 1990s. Bratislava would follow the fleet’s tradition of new ships being named after Brno’s partner cities.

Anyone over the age of 15 with permanent residence in Brno and a verified account at Brno iD could vote. From over 55,000 possible voters, there were just under 3,500 votes. A further 100 voted in person at the various branches of Brno’s Jiří Mahen Library, with a total of 3,530 valid votes cast.

“More than 60% of respondents voted for the name Morava. Another 30% voted for Moskva, which was the most popular in offline voting. Bratislava received the least votes,” said Deputy Mayor Tomas Kolacny (Piráti).

Employees of the Brno Transport Company (DPMB) began construction of the original two-deck electric motor passenger ship Moskva in 1954. It was reconstructed between 1981 and 1985, and served in regular operation until the end of the 2011 sailing season. In May 2013, the ship was declared a cultural monument by the Ministry of Culture of the Czech Republic.

In March 2016, as part of DPMB’s ongoing program to bring retro vehicles back into operation, further renovation work began on the historical ship, with permission from the National Monuments Institute. Underway since the spring of last year, the work has included repair of the main deck, steering system, interior, wiring, bottom and side panels, watertight bulkheads, and the fire and drainage systems.

https://brnodaily.com/2020/06/05/brno/historic-ferry-returning-to-service-on-brno-dam-this-summer-named-morava-by-public-vote/https://brnodaily.com/wp-content/uploads/2020/06/ship-morava-arrival-photo-credit-Z-3-1024x720.jpghttps://brnodaily.com/wp-content/uploads/2020/06/ship-morava-arrival-photo-credit-Z-3-150x105.jpg2020-06-05T09:13:01+02:00Tessa AdamsonBrnoNewsBrno,News,TransportIn the summer, a historic passenger ferry originally built in 1954 will return to the waters of the Brno Dam. The ferry was declared a cultural monument in 2013. Over half of those voting in a poll agreed on ‘Morava’ as the new name for the historic ship. Photo...Tessa Adamson T.M.Adamson@hotmail.comAuthorExpat student from the Netherlands, passionate about writing, travelling, languages and politics.Brno Daily

Expat student from the Netherlands, passionate about writing, travelling, languages and politics.
View all posts by Tessa Adamson →
« Weather Report: Severe Storms Expected to Hit Western Part of The Country Tonight
Brno Councillors Propose Ban On Alcohol Consumption in Squares and Parks During The Night »