Active Brno: From Bar Team to the Real Thing 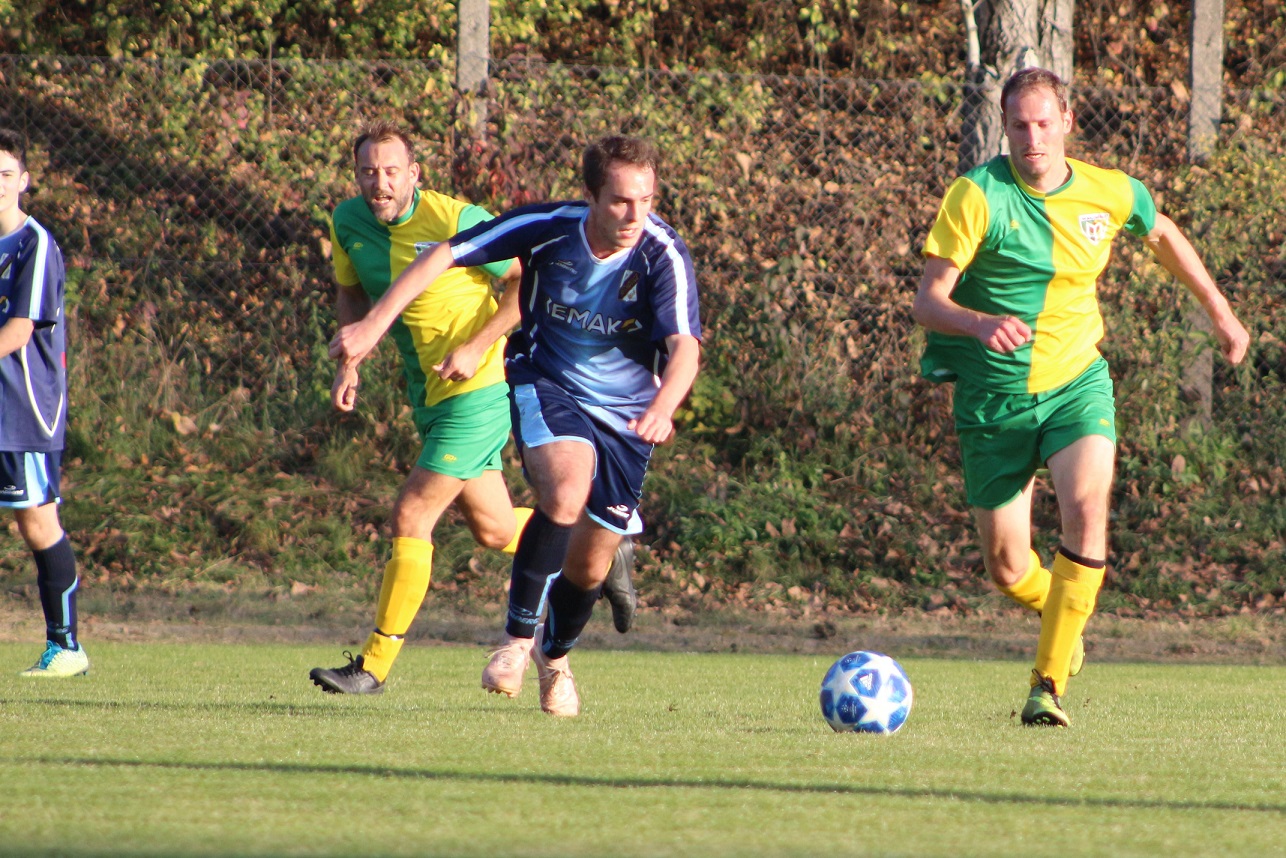 SK Maloměřice is an international team that is looking to climb up through the Czech football leagues. Photo Credit: SK Maloměřice.

Question: What do England, Ireland, Serbia, Ukraine, Japan, Germany, Norway, Poland, the Netherlands, the United States, Romania, Azerbaijan, France and the Czech Republic have in common?

Answer: Players from all of those countries play local football recreationally, and many will suit up this summer for SK Maloměřice in the Brno město A2A – III. Třída of the official Czech football league system.

SK Maloměřice is a historic Brno city club that was founded in 1937. It recently fell upon hard times. The Immigrant FC was a team of expats from countries around the world. It was looking for a way to get into the official Czech league system.

Last year, the two groups found each other.

“For several years we wanted to join the league but (the logistics) made it really difficult for us,” said Matt Smith, the coach and a driving force behind the expat team. “The amount of paperwork on an individual-player level was too much. But then we contacted Maloměřice to see about renting their pitch. The team had had a bit falling out and (the players) went off to a different club at the end of the season. We called at the right time.”

Chairman Milan Skrčený and Club Secretary Jiří Škaroupka were open to hosting a team of English-speaking planers. They helped to establish the new arrangement, including registering 14 non-Czech players with the Czech Football Association.

The season starts in mid-August. Try outs are later this month (see below).

The current team, like many good things in life, started in a bar. In 2013, regular patrons of The Immigrant, a pub on Veveří, decided to work off some of the beer calories. For five seasons, from 2014 to 2019, The Immigrant FC played in the Farní Liga (an amateur Parish League), winning the title twice and never finishing worse than third. They also won the Starobrno Lužánky Cup, a toned-down promotional competition, in 2017.

“We started as a bar team,” Smith said. “Since we got taken on by ­Maloměřice last year, it is a bit more serious because we are playing in a proper league. It is a lot more technical.”

Maloměřice is a district of Brno that is at the west end of the No. 4 tram. The pitch is in a peaceful area, with tall trees, the Svitava River and beer that flows during games (for fans) and after games (for everyone).

The actual play, however, is focused and serious in order to prove that that the team belongs in the league. During last year’s coronavirus-shortened season, the team finished in the middle of the standings.

The schedule for 2020-21 will be published in a couple months. To follow the team’s progress, go to fotbal.cz, which is in Czech. On the topbar, click “Soutěže”. In the sidebar, go to Jihomoravský Kraj > Brno – město. On the resultant page, click A2A “III. třída – městská soutěž muži”. Standings and schedule will be available throughout the season.

The league is the ninth tier of the Czech system. The team is listed as “MCV”, which references the original sponsors: Maloměřická Cementárna and vápenka or, in English, the tough-as-nails name “Maloměřice Cement and Lime”.

There already is a bit of a cult following, with 50-100 fans at home games and some active boosters who sometimes follow the team around the city for away games.

To prepare for the coming season, SK Maloměřice is looking for new players. Some students are moving on. Others will retire.

“We need five or six new faces,” Smith said. “If we really did have 15 people show up, we would maybe be able to put together a second team in the league.”

The basic criteria are:

• From an EU nation (because there is a limit of five non-EU players per matchday squad);

• Ability to communicate in English and some basic Czech; and

• Ability to commit to weekly training and matchdays.

The goal? To move up through the Brno city league and into the more competitive district leagues — and to serve as a focal point of local expat life. The organization also hopes to add a Ladies team, a B team and an Old Boys team for the older footballers, although that is all in the future.

There are other opportunities to blow off some steam athletically, including the local cricket teams. If you are a team looking for players or if you would simply like to get the word out about your team, please post a note below or on Facebook. Or write, to bruno@brnodaily.cz.

https://brnodaily.com/2020/05/17/lifestyle/active-brno-from-bar-team-to-the-real-thing/https://brnodaily.com/wp-content/uploads/2020/05/SKMalomerica170520-1024x683.jpghttps://brnodaily.com/wp-content/uploads/2020/05/SKMalomerica170520-150x100.jpg2020-05-22T08:31:08+02:00Bruno ZalubilBD MagazineBrno,Brno Expats,lifestyle of health and sustainability,SportSK Maloměřice is an international team that is looking to climb up through the Czech football leagues. Photo Credit: SK Maloměřice.Question: What do England, Ireland, Serbia, Ukraine, Japan, Germany, Norway, Poland, the Netherlands, the United States, Romania, Azerbaijan, France and the Czech Republic have in common?Answer: Players from all...Bruno ZalubilBruno Zalubilbzalubil@hotmail.comAuthorA connoisseur of the unpredictable and unscripted drama of sports.Brno Daily

A connoisseur of the unpredictable and unscripted drama of sports.
View all posts by Bruno Zalubil →
« Temporary Sport Ground To Open For This Summer At Brno Exhibition Center
GDP Forecast To Fall 11% Or 3.1% This Year. It Depends Who You Ask. »