More Wolves Coming to the Czech Republic from Germany, Poland and Slovakia 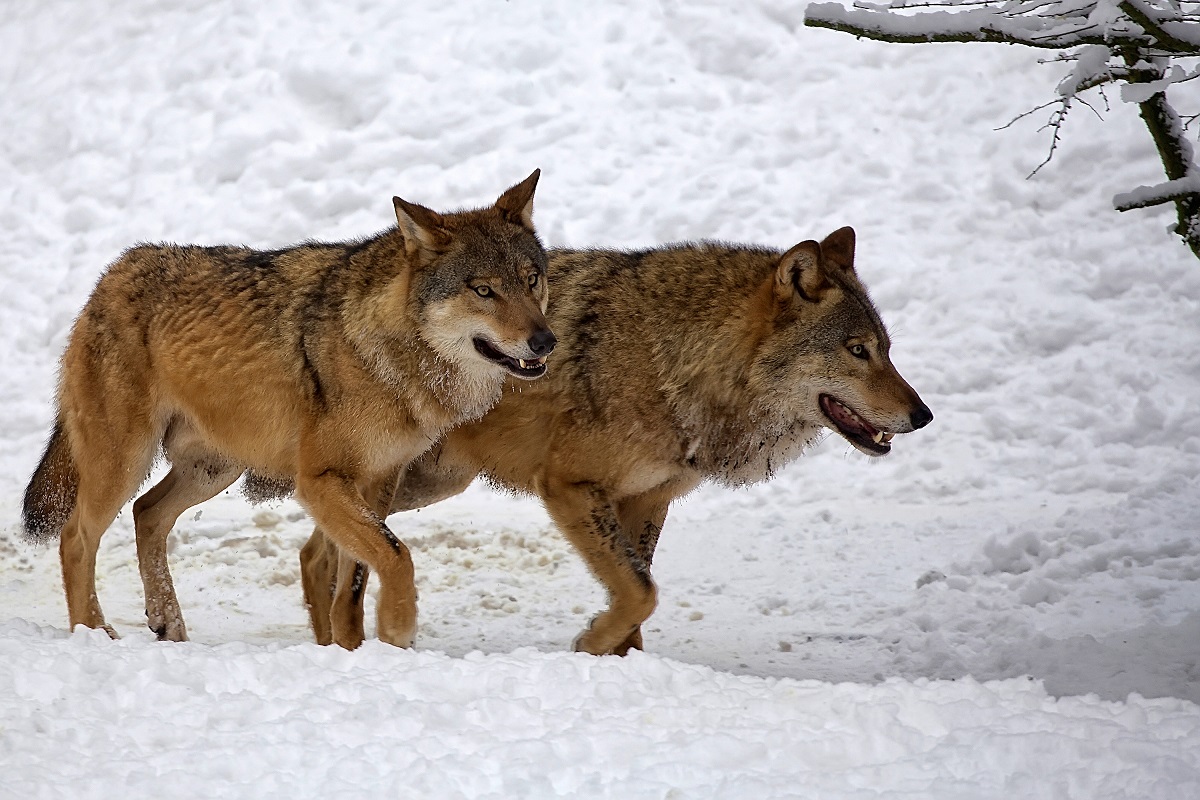 Czech Rep., Feb 28 (BD) – The number of wolf territories and packs in the Czech Republic has increased. There are currently 18 territories and 13 wolf packs, usually consisting of four to six individuals. Wolves in Bohemia have mostly migrated from the North, German Saxony and Poland. Meanwhile, areas of Moravia and Silesia are a new home for wolves from the Slovak and Polish Carpathians.

“The current trend of wolves returning, observed in the Czech Republic in recent years, is continuing, and matches the situation in other European countries,” said Miroslav Kutal from Mendel University in Brno, who is managing the program Selmy (Beasts of Prey) within the ecological movement DUHA. According to Kutal, wolves now live in all major states of the European mainland, including Denmark, the Netherlands and Belgium, where wolves have also migrated from the Polish and German parts of the North European Plain area.

Monitoring of the wolf population was carried out by several Czech and foreign organizations, universities and national parks. Data are available on an online map, based on proven cases of wolf reproduction, evidenced by camera traps, genetic analysis, and recurring detections of trace tracks and faeces.

The information about the number of animals was based on monitoring during the period of mid-May 2018 until the end of April 2019, which corresponds to the reproduction cycle of wolves of more than a calendar year – whelps are usually born in April.

Ales Vorel, an academic at the Czech University of Life Sciences in Prague and head of the Czech-Saxon OWAD project, which focuses on cross-border wolf migration, expects further spread of wolves from Poland and Saxony, which could bring certain danger for the migrating animals: “Due to the high mobility of this large mammal and the greater number of individuals in our territory, more cases of observation of individual migrating animals or cases of collisions with vehicles can be expected.”

Wolves can cause concern for the owners of livestock herds. For these livestock herders, the Program peve o vlka (Wolf care program) was launched. According to the director of Nature Conservation Agency of the Czech Republic, Frantisek Pelc, the new program is supposed to contribute to “simplification of the compensation scheme and inclusion of other costs, as well as available financial support for preventive measures.”

A student of journalism and international relations, mainly interested in current topics, but also in media, culture and its impact on our lives.
View all posts by Kamila Jablonická →
« Slovakia To Vote In Crucial Parliamentary Elections Tomorrow, Seen As Referendum On Democracy
Br(u)no: What Should We Do to Make Today Special? »