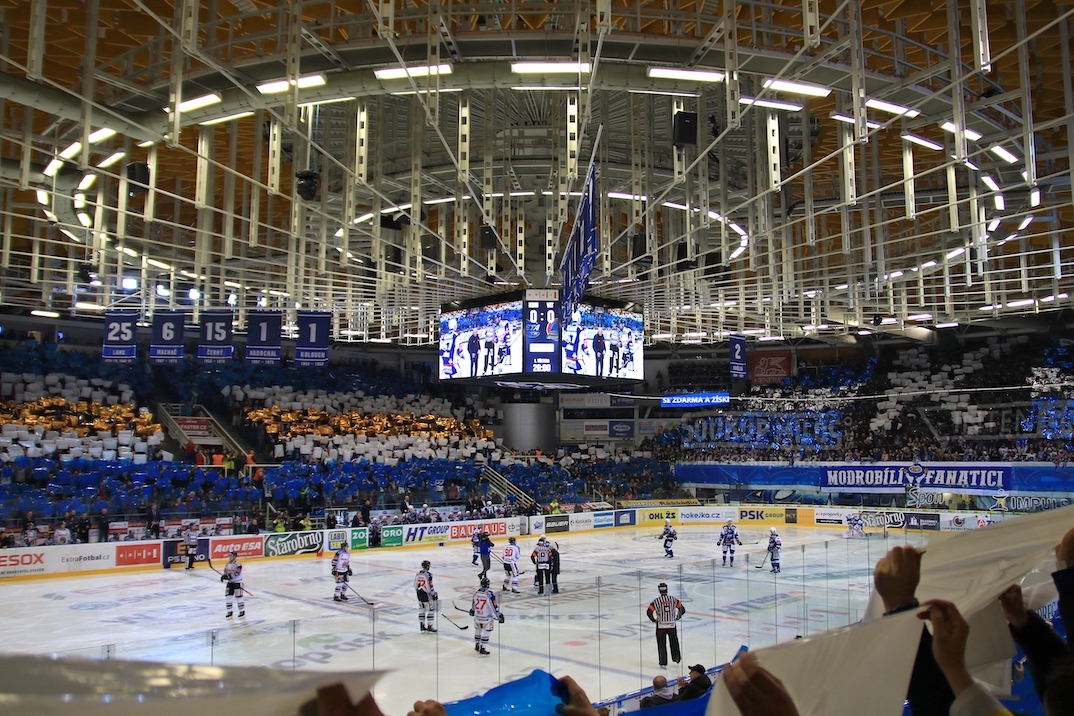 Libor Zábranský, the Brno native who played in the NHL, played on the Czech national team, and returned HC Kometa to prominence, has resumed the title of head coach in order to stall a recent downward spiral.

Brno is in the middle of the standings with 33 points, just 10 back from league-leading Sparta. A few weeks ago, however, the team was at the top after winning 10 of 11 games from late September through October.

In November, something happened and the team has given up 30 goals and lost six consecutive games.

On Sunday, they lost 2-7 at HC Energie Karlovy Vary. That prompted Petr Fiala, who had been the head coach for the first 19 games of the season, to resign.

Zábranský, who is the owner and general manager, took over. He has plenty of experience and success as the head coach, having led the team for 3½ years through the end of last season and won championships in 2016-17 and 2017-18.

Unfortunately, the slide did not end in Zábranský’s first game as head coach: on Tuesday, the team gave up three goals in the first 14 minutes and lost, 6-3, at HC Oceláři Třinec.

The next game is at home against Mountfield HK on Friday.

FC Zbrojovka will travel to league-leading Pardubice for a brunch game on Saturday.

In any case, a Zbrojovka victory on the road would be a nice way to begin the lengthy winter pause.

For what it is worth, Zbrojovka, which is fourth in the Fortuna:Nadordni Liga standings, has been on a roll, winning five of its last six games. They have scored at least four goals in their previous four wins. Their only loss during the stretch was a 0-1 disappointment at Žižkov on Oct. 26.

SK Líšeň played last week during the international break and the second-league newcomer continued to prove that they belong just a step below the country’s top league when they beat visiting MFK Chrudim, 2-0, on Saturday.

After a couple of weeks off, the Renomia ŽBL will resume this weekend.

KP Brno (6-2), which has only lost to Praha and Hradec Králové, will host DSK Levhartice Chomutov (4-4) on Saturday.

Brno (0-10) will finish its first run through of the 12-team Kooperativa NBL on Friday when it travels to Hradec Kralove to play Kingspan Královští sokoli (2-8).

The remaining 11 rounds of the first part of the regular season start in December with another game against every team in the league. The top teams will earn a berth in Group A1, like Brno did last year, and then the postseason. The teams who are lower in the standings will play each other in Group A2, where they risk relegation to a lower league.

Lokomotiva Brno-Horní Heršpice completed the first part of the top women’s football league with a record of 3-2-6 with 11 points.

The Brno women’s team lost at home to FC Viktoria Plzeň, 1-2, on Saturday.

Lokomotiva is in fifth place. They are tied with FK Dukla Praha, whom they beat earlier this month in Prague.

The season resumes with three league games in February. Then the eight teams will be split into upper and lower groups for the second phase of the season.

Like earlier this month, Volejbal Brno will have two matches on Saturday: the men will face Ústí nad Labem at 4 p.m. and then the women will play Frýdek-Místek at 6:30 p.m.

The men’s team is in sixth place in the Uniqua Extraliga Muži standings. They lost in three sets at league-leading Karlovarsko last Saturday.

VK Šelmy Brno have a one-point lead over Olomouc in the Uniqa Extraliga Ženy standings. They most recently beat Přerov in three sets.

KP Brno beat Olymp on Saturday in straight sets. They are seventh and travel to Prostějov on Saturday for a 5 p.m. match.

A connoisseur of the unpredictable and unscripted drama of sports.
View all posts by Bruno Zalubil →
« Almost 1 in 10 Brno Workers Are Employed In Service And Innovation Centres. More Growth Planned
In Brief: Thief Drills Into The Tank of a Stranger’s Car for a Few Drops of Gasoline »