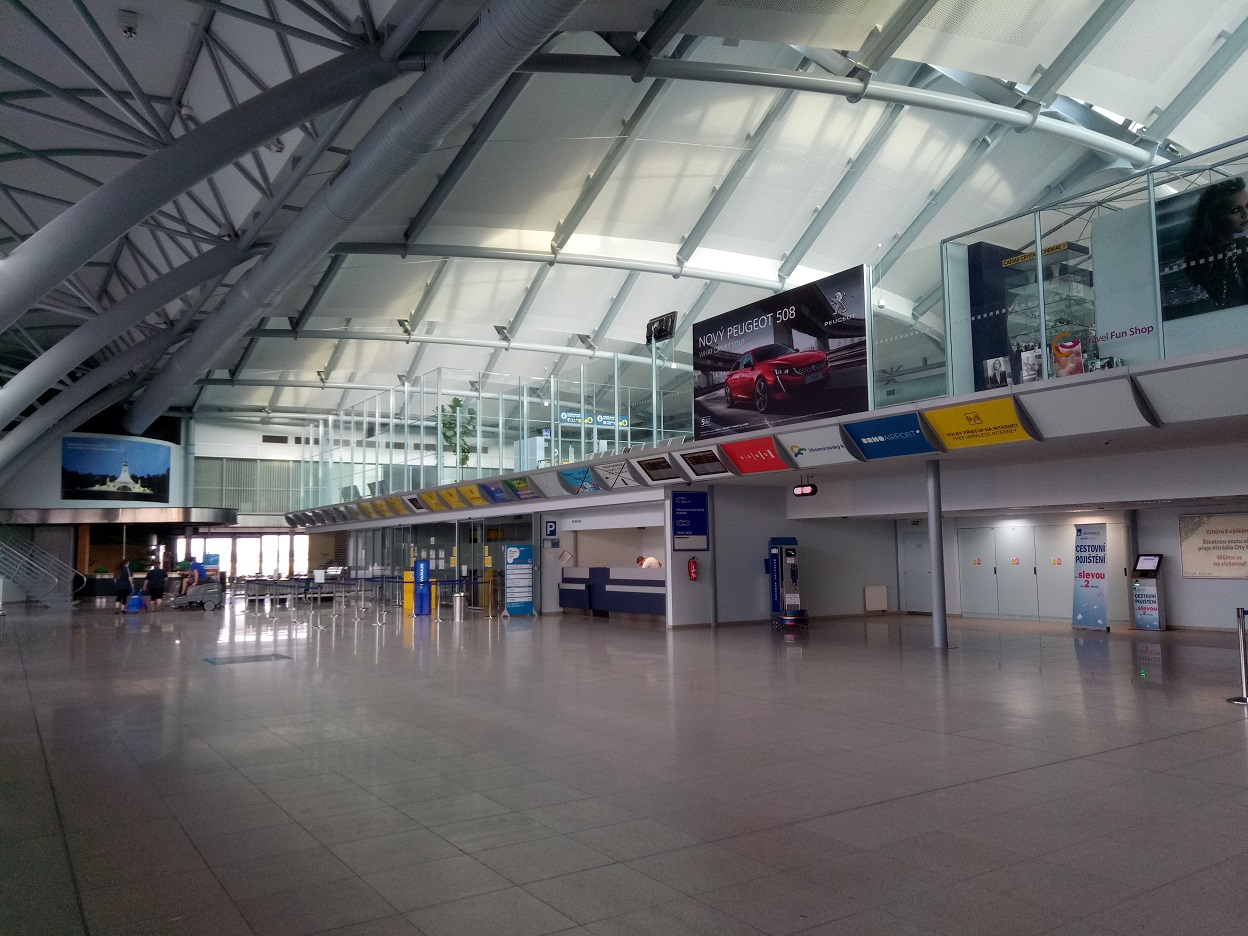 A joint campaign has been announced between Brno Airport and Kiwi.com, the leading Brno based online travel company. The first campaign is promoting Brno as an attractive destination to more than three million people. The launch meeting also highlighted that in July the airport handled a record 117,255 passengers. Image: Z. Moreau.

Brno, Czech Rep., Sep 6 (BD) – A key part of the arrangement involves sharing exclusive data. This enables the airport to be better able to negotiate with carriers, as they will be armed with concrete information about what people are searching for when looking for flights to and from Brno. In recent years, the airport has added regular scheduled flights to Milan Bergamo and Berlin through Ryanair. This has helped offset the loss of flights to Munich and the Wizzair flights to London Luton.

According to Milan Kratina, Chairman of the Board of Directors of LETIŠTĚ BRNO as “It is thanks to Kiwi.com that we will be better able to estimate the real potential of individual destinations. This will allow us to be even better prepared to deal with carriers. Even shifts of one percent (eg a thousand people) may attract an airline to a route, because it knows that the flights on the route will be full after its launch”.

Another key element in the Airport’s marketing strategy is to promote the attractions of Brno and the South Moravia region beyond the Czech Republic. With Kiwi.com they are creating authentic ‘Kiwi stories’ involving less well-known destinations in the city and region.

“Today, people live on social networks, and in the end it is they who decide which destinations are attractive. Together with the airport we started ‘Brno Stories’ and the numbers for the first month and a half are surprising for us. The Brno story (entitled ‘The hidden jewel of Moravia: why Brno is your next city break’) was read by 49,000 people; 1,200 people shared it with other friends and the total reach exceeded three million users worldwide. People in the UK, Turkey and Greece were most interested in Brno, but the Philippines and the United States are also among the top 10” said Zdeněk Komenda, Kiwi.com Chief Business Development Officer, commenting on the first joint campaign.

During June and July more than 204,000 passengers passed through the airport. The first summer month June was a record with 117,255 travelers. The total for the first seven months of the year was 287,783 and this lays the foundation for another successful year. Radek Lang, Head of Transport Operations at Brno Airport, says they are performing 10% ahead of last year, which was itself a record.

Kiwi.com is one of Brno’s business success stories. It was founded in 2012 and by 2017 had become the fastest growing technology business in central Europe. Although it is now a global company, whose monthly revenue exceeds 1.5 billion Czech crowns with an average of eight thousand orders placed daily, it is good that it manages to help promote its home base.

https://brnodaily.com/2019/09/06/news/transport/brno-airport-and-kiwi-com-joining-forces-to-attract-visitors-to-brno/https://brnodaily.com/wp-content/uploads/2019/07/Turany-airport-plane-July-22-Zenon-Moreau-5-1024x768.jpghttps://brnodaily.com/wp-content/uploads/2019/07/Turany-airport-plane-July-22-Zenon-Moreau-5-150x113.jpg2019-09-06T09:48:19+02:00Charles du ParcTransportAirport,Brno,Czech Republic,TransportA joint campaign has been announced between Brno Airport and Kiwi.com, the leading Brno based online travel company. The first campaign is promoting Brno as an attractive destination to more than three million people. The launch meeting also highlighted that in July the airport handled a record 117,255 passengers....Charles du ParcCharles du Parcchaduparc@gmail.comAuthorCharles du Parc comes originally from London and worked there in fashion retailing for several years. Before coming to the Czech Republic in 2005, he ran his own delicatessen and café in a small town on the south coast of England. He has also served as a judge for the World Cheese Awards.Having fallen in love with Brno,he now regards it as home and works there as a freelance teacher, writer and translator.Brno Daily

Charles du Parc comes originally from London and worked there in fashion retailing for several years. Before coming to the Czech Republic in 2005, he ran his own delicatessen and café in a small town on the south coast of England. He has also served as a judge for the World Cheese Awards.Having fallen in love with Brno,he now regards it as home and works there as a freelance teacher, writer and translator.
View all posts by Charles du Parc →
« How Does the Erasmus+ Programme Impact the Future Career of Students?
Br(u)no: Explaining Sept. 11 to a New Generation »