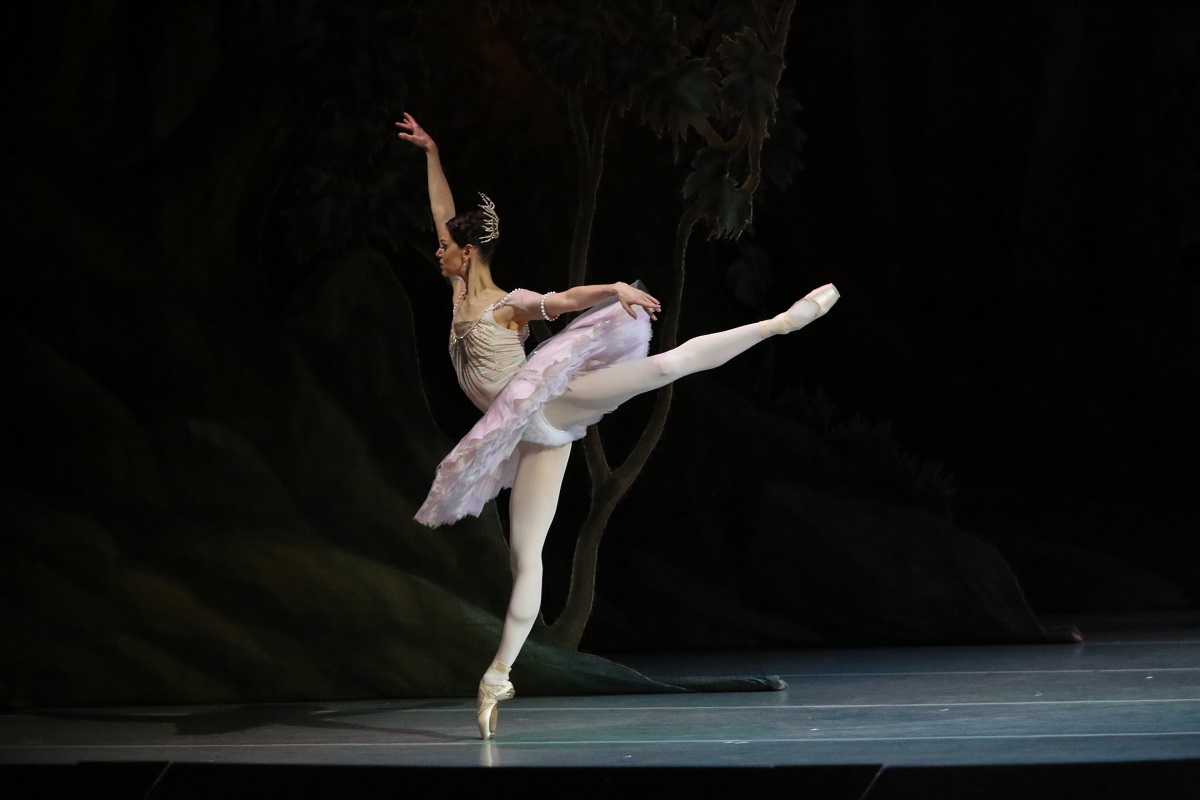 Brno, Oct. 6, 2022 (BD) – Sleeping Beauty, a hallmark of ballet, will return to the Brno stage after a three-year hiatus, so local audiences will again be able to follow the good-versus-evil story of Princess Aurora and Prince Désiré.

Like Swan Lake and The Nutcracker, Sleeping Beauty was created by Pyotr Ilyich Tchaikovsky. This version is choreographed by Marius Petipa, and the technical difficulty of its music and dancing puts enormous demands on the performers.

Initial performances are scheduled for 13 and 14 October. Then, on 18 October, the role of Princess Aurora will be danced by prima ballerina Anastasia Matviienko.

Matviienko was born in Ukraine, graduated from the Kiev State Choreographic School, and then became a soloist at the Kiev National Opera. For two years she was a prima ballerina at the Mikhailovsky Theatre and since 2009 she has been a principal dancer with the Mariinsky Theatre in St. Petersburg. During her career she has performed several times in London, USA, Italy, Amsterdam, China and Japan. From 2018 to 2020 Matviienko worked as a producer at the Vaganova Academy of Russian Ballet.

Matviienko is also the creator and co-founder of the “Ballet Stage” platform, which unites Ukrainian ballet artists who have been affected by the war, and provides support through a global network of contacts between theatres, schools and artists.

Maxim Chashchegorov, a former Principal with the Bavarian State Opera, will dance by her side.

Later in the month, the junior ballet company —Ballet NdB 2 — will have its debut premiere on Monday, 31 October: Uroboros / On the Beautiful Blue (Danube)…. / The Waterman. The performance will be held at the Reduta Theatre.

Ballet NdB 2 is intended for young talented dancers up to 22 years of age. It has a dozen dancers from the Czech Republic, Canada, Hungary, Spain, Switzerland, and England, led by long-time demi-soloist of Ballet NdB, Uladzimir Ivanou, and ballet master, Markéta Pimek Habalová.

Mário Radačovský, Artistic Director of the Ballet NdB, Ivanou, and Habalová have each choreographed one part of the performance.

Wild stories from an Asian bistro

The drama section of NdB will have two premieres in the next two weeks.

The first is The Golden Dragon, by the popular contemporary German playwright Roland Schimmelpfennig, which will premiere this Friday in the Mahen Theatre, directed by Martin Glaser, the director of NdB.

The present-day play is focused on one evening, one building, and one business, and the life stories of almost two dozen characters. Five chefs, who have to live as fast as they cook, have an extraordinary night shift at the Golden Dragon bistro, where a toothache affects all the diners. The play brings together common events and life situations, but, in the cauldron of the Golden Dragon, they become major crossroads in the lives of the characters. Small conversations turn into crushing dramas. The characters themselves are not what they try to be and they are constantly searching for their roots.

Later in the month, The Lower Depths, a play by Maxim Gorkij, will premiere at the Reduta Theatre on 14 October. As the NdB website puts it: In the face of all that suffering, we, humans, are so ridiculous.

Then, Leopoldstadt, written by Tom Stoppard, will be performed at Mahen Theatre on 19 October. The play recently reached Broadway in New York, with the glowing reviews commensurate to the international stature that Stoppard has earned since his birth in Zlin in 1937.

NdB Opera will perform operas from its repertoire in October as it builds up to the Janáček Festival Brno 2022, which will kick off with the premiere of the Glagolitic Mass / From the House of the Dead, at 7pm on 2 November at the Janáček Theatre.

Together, they ask: “Is hope and faith enough to survive the hell of a Siberian prison?” You be the judge.

From 2 to 20 November, the Janáček Festival Brno 2022 will be held for the 8th time. The theme is “Quo Vadis”: Where are you going?

For more information and to purchase tickets, go to https://janacek-brno.cz/en/.

A connoisseur of the unpredictable and unscripted drama of sports.
View all posts by Bruno Zalubil →
« City of Brno Plans Direct Train Connection From Brno To Vienna Airport From December 2022
Czech Supplies of Military Equipment To Ukraine Reach CZK 47 Billion »