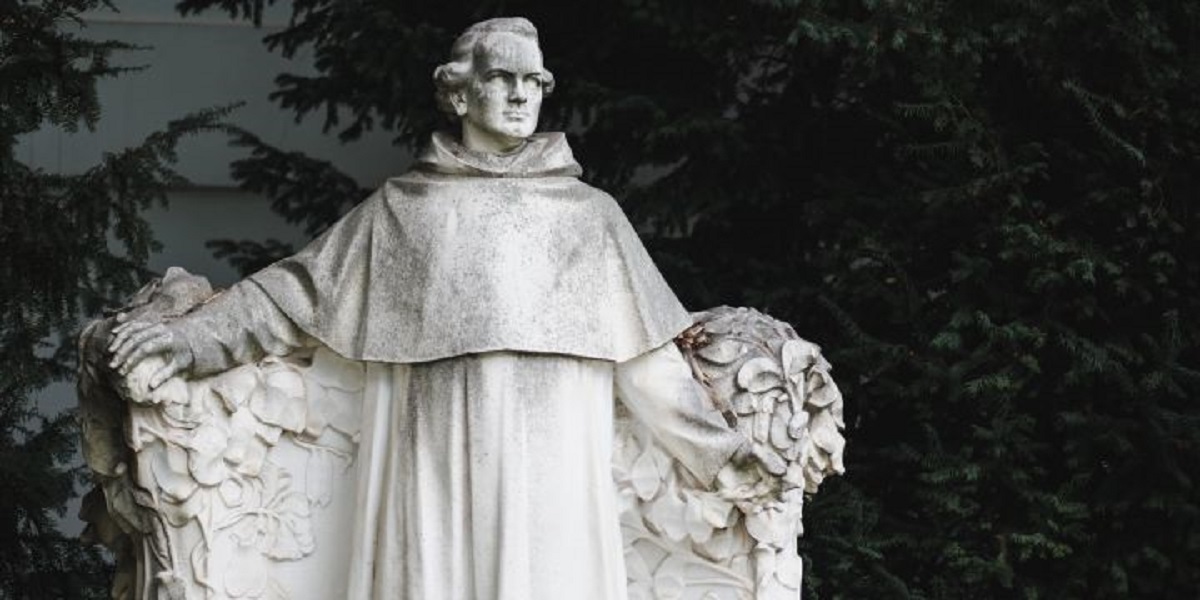 The City of Brno and Masaryk University are preparing to announce new discoveries about Gregor Johann Mendel, the father of genetics. The archaeological research will be presented in July next year, on the occasion of Mendel’s 200th birthday. Credit: MUNI.

Brno, Nov 8 (BD) – Gregor Johann Mendel made a huge contribution to the history of science by discovering the fundamental principles governing heredity, and brought fame and prestige to South Moravia and Brno, where he conducted his research on peas.

“Mendel was an absolutely exceptional and multi-genre personality who was ahead of his time,” said Paul Graham OSA, on behalf of the Order of St. Augustine. “That is also why we have given our consent to exhumation and scientific research, so that his legacy remains alive and known to the public. The Czech Republic, humanity, but especially Mendel himself clearly deserves it. Especially when he did not receive scientific recognition during his life.”

The research team has carried out archaeological excavations to unearth information about Mendel’s person which would not otherwise be accessible. The research concerns his skeleton, the coffin and the objects inside it (shoes, clothes, rare crosses and a newspaper from October 1883). Anthropological research has also revealed Mendel’s height and his shoe size.

The research is not limited only to the information that archaeologists traditionally have access to, such as age of death or height, but extends to more innovative research horizons. “For example, using the biometric data of the skull, we have created a so-called super projection, which means that we compare Mendel’s face shape with the available images and photographs,” said Eva Drozdová of the Laboratory of Biological and Molecular Anthropology at the Masaryk University Faculty of Science.

Drozdová reveals some research findings: “Mendel died at the age of 62, but we determined that his biological age was about 65. He measured about 167 centimeters and his shoes measured 27 centimeters.”

On the occasion of Mendel’s 200th birthday, on July 20th, 2022, a three-day international genetics conference will begin in Brno in his honor. “We have already confirmed the participation of three Nobel Prize winners, who will be here as speakers,” explained Jakub Carda, director of Společně, which has long been involved in promoting Mendel’s legacy.

https://brnodaily.com/2021/11/08/brno/muni-archaeologists-study-mendels-tomb-nearly-200-years-after-his-birth/https://brnodaily.com/wp-content/uploads/2021/11/mendel-2-credit-muni-1024x512.jpghttps://brnodaily.com/wp-content/uploads/2021/11/mendel-2-credit-muni-150x75.jpg2021-11-08T16:07:45+01:00Giorgia MauraBrnoNewsBrno,NewsThe City of Brno and Masaryk University are preparing to announce new discoveries about Gregor Johann Mendel, the father of genetics. The archaeological research will be presented in July next year, on the occasion of Mendel’s 200th birthday. Credit: MUNI. Brno, Nov 8 (BD) - Gregor Johann Mendel made a...Giorgia MauraGiorgia Mauragiorgiamaura50@gmail.comAuthorCommunication student, passionate about politics, theater and trekking. My mission is to bring a piece of truth into a chaotic world. Humankind lover. Brno Daily

Communication student, passionate about politics, theater and trekking. My mission is to bring a piece of truth into a chaotic world. Humankind lover.
View all posts by Giorgia Maura →
« Czech Republic Helps Foreign Countries In The Fight Against Coronavirus
One Arrested In Czech Rep. As Part of International Police Operation Against Tax Fraud Ring »