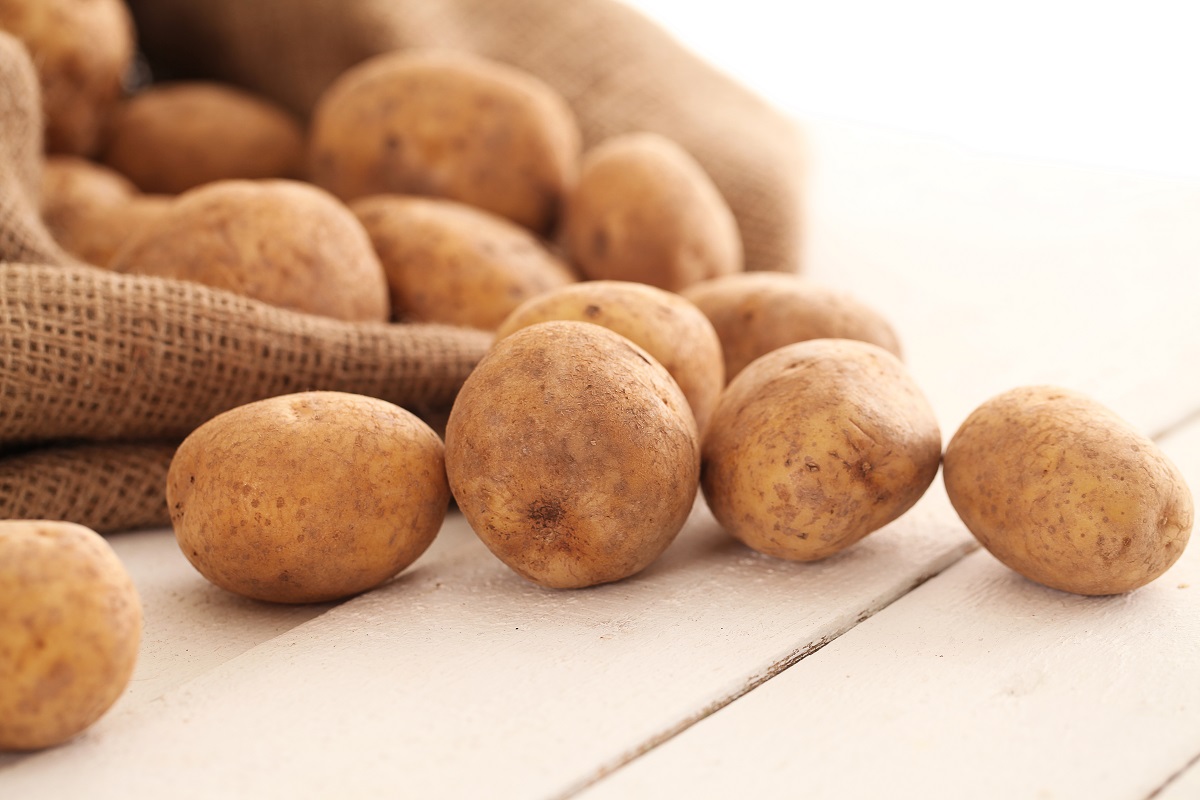 A local potato farm in the village of Velhartice took the opportunity of a surge in tourists to the area to sell them on the idea of local produce, and launched a potato vending machine, which sells two kilos of their home-grown potatoes for CZK 30, completely automated. Photo credit: Freepik / For illustrative purposes.

Czech Rep., Aug 13 (BD) – Vesa Velhartice, a local potato farm in the small village of Velhartice in the Plzen region, has installed a one-of-a-kind potato vending machine in a barn door on their property, which allows customers to buy their potatoes right out of the wall. The idea originated as part of a plan to entice more people to taste and buy local produce.

Velhartice, a village of 900 people, is mostly known for Velhartice Castle, which attracts both domestic and international tourists. The potato farm saw an opportunity to profit from these tourists, and therefore launched their potato vending machine. “We border Velhartice Hrad, and breed several varieties of potatoes, which we also sell. There are a lot of people going past us to the castle, so we took the opportunity to promote our varieties. We sell exclusively what we grow on our land,” the company’s director Viktor Kopacka told iDNES.

To operate the machine, customers must insert exactly CZK 30, then hold their own bag under the potato-dispensing chute that comes out of the barn door, and wait for their two kilos of potatoes to fall. On the other side of the door, a conveyor belt and weighing belt are processing the order. The machine is simple, said Kopacka, and the company didn’t have to invest a lot of money. At the beginning of August, customers could buy the “Suzan” variety, followed by the “Magda”, and then the farm will continue selling Vesa’s potatoes one variety at a time, corresponding to their harvest.

The idea of the machine was mainly to arouse people’s interest in Czech products and local food: “It was meant for people to taste our potatoes and find them delicious. Of the varieties on the Czech market, about 80 percent are foreign and only 20 percent Czech. We think we have good varieties that should be eaten more at home,” Kopacka told iDNES. Their plan seems to have worked: according to Kopacka, there are currently over 60 purchases per day.

https://brnodaily.com/2020/08/13/news/czech-farm-launches-potato-vending-machine/https://brnodaily.com/wp-content/uploads/2020/08/potatoes-sack-credit-freepik-1024x683.jpghttps://brnodaily.com/wp-content/uploads/2020/08/potatoes-sack-credit-freepik-150x100.jpg2020-08-13T09:35:56+02:00Tessa AdamsonCzech Republic / WorldCzech Republic,Food,NewsA local potato farm in the village of Velhartice took the opportunity of a surge in tourists to the area to sell them on the idea of local produce, and launched a potato vending machine, which sells two kilos of their home-grown potatoes for CZK 30, completely automated. Photo...Tessa Adamson T.M.Adamson@hotmail.comAuthorExpat student from the Netherlands, passionate about writing, travelling, languages and politics.Brno Daily

Expat student from the Netherlands, passionate about writing, travelling, languages and politics.
View all posts by Tessa Adamson →
« Brno Day Celebrations Coming Up This Weekend
80 Evacuated From Derailed Train Near Brno »