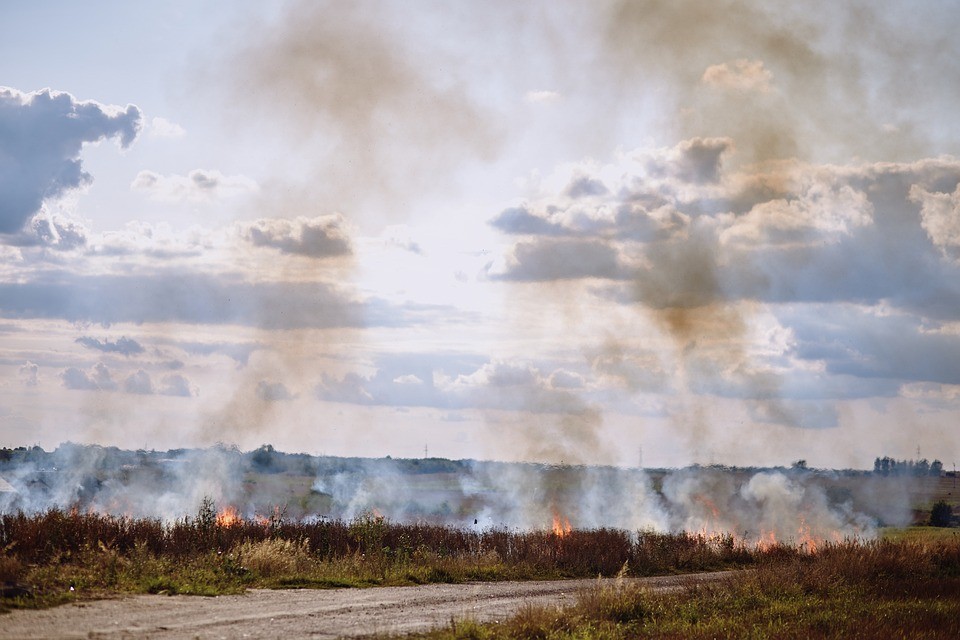 Plants are able to deal with unwanted pollutants in the soil in different ways. Photo credit: MENDELU.

Brno, Dec 22 (BD) – In recent years, fires have increasingly affected the Central European region. However, due to their location in a temperate climate zone, they have not attracted much attention until recently. However, a team of experts from the Faculty of Agronomy at Brno’s Mendel University have been focusing on them for a long time, investigating how to promote the recovery of burned soil with the help of grasses and compost.

“Fires have always been and will always be a natural part of the development of ecosystems. Our aim is to design a suitable phytoremediation method that could help with the recovery of burnt soil,” explained Petra Martínez Barroso, a member of the research team from the Institute of Applied and Landscape Ecology.

Phytoremediation is an ecological and low-cost method which uses plants to remove pollutants from the environment. The idea is that plants can deal with pollution in the soil in different ways, stopping it from spreading to other parts of the environment.

Plants either turn the pollutants into biomass above ground or make them less bioavailable in the soil. They can also change the pollutants into a less dangerous form and then release them into the air through their leaves. For phytoremediation, MENDELU scientists tested grass species that are common in nature, like perennial ryegrass.

“In addition to the ability to remove pollutants such as heavy metals and other elements from the soil, the advantage of phytoremediation is that the plants contribute to the consolidation of the soil surface, thereby reducing water runoff and erosion, to which the soil is susceptible after a fire,” said Martínez Barroso, explaining that the recovery of organic matter in the soil should be boosted by the inclusion of compost. “Compost returns active humus, nutrients, and microorganisms to the soil that were lost either completely or partially due to the fire,” she added.

As part of the project, the MENDELU team also focused on obtaining accurate data on the differences between the properties of burned and unburned soil. Despite the major environmental impact of fires, comprehensive data from Central Europe is still lacking.

“Together with colleagues from the Czech Technical University, we prepared an experiment where an area was burned in a controlled manner. After that, the paired burned and unburned soils were compared. In addition, we are carrying out an experiment in laboratory conditions on soil taken from the sites of real fires,” said Martínez Barroso.

The researchers are looking at, for example, the soil’s ability to transmit water or the properties that influence its increased susceptibility to erosion. The results of their research could soon help directly in practice in the field.

https://brnodaily.com/2022/12/22/brno/mendelu-scientists-research-how-plants-can-help-soil-recover-after-fires/https://brnodaily.com/wp-content/uploads/2022/12/1671628559278.pnghttps://brnodaily.com/wp-content/uploads/2022/12/1671628559278-150x100.png2022-12-22T12:56:18+01:00Bing NiBrnoNewsBrno,News,SciencePlants are able to deal with unwanted pollutants in the soil in different ways. Photo credit: MENDELU. Brno, Dec 22 (BD) - In recent years, fires have increasingly affected the Central European region. However, due to their location in a temperate climate zone, they have not attracted much attention until...Bing NiBing Nibingni1992@gmail.comAuthorPh.D student in Communication Studies, a hopeless cinephile and frontier culture fanatic and fussy music appreciator.Brno Daily

Ph.D student in Communication Studies, a hopeless cinephile and frontier culture fanatic and fussy music appreciator.
View all posts by Bing Ni →
« Number of Foreign Children In Czech Schools Up By Nearly 8% in Past Year
Update To Emissions Trading System Brings EU One Step Closer To Carbon Neutrality »