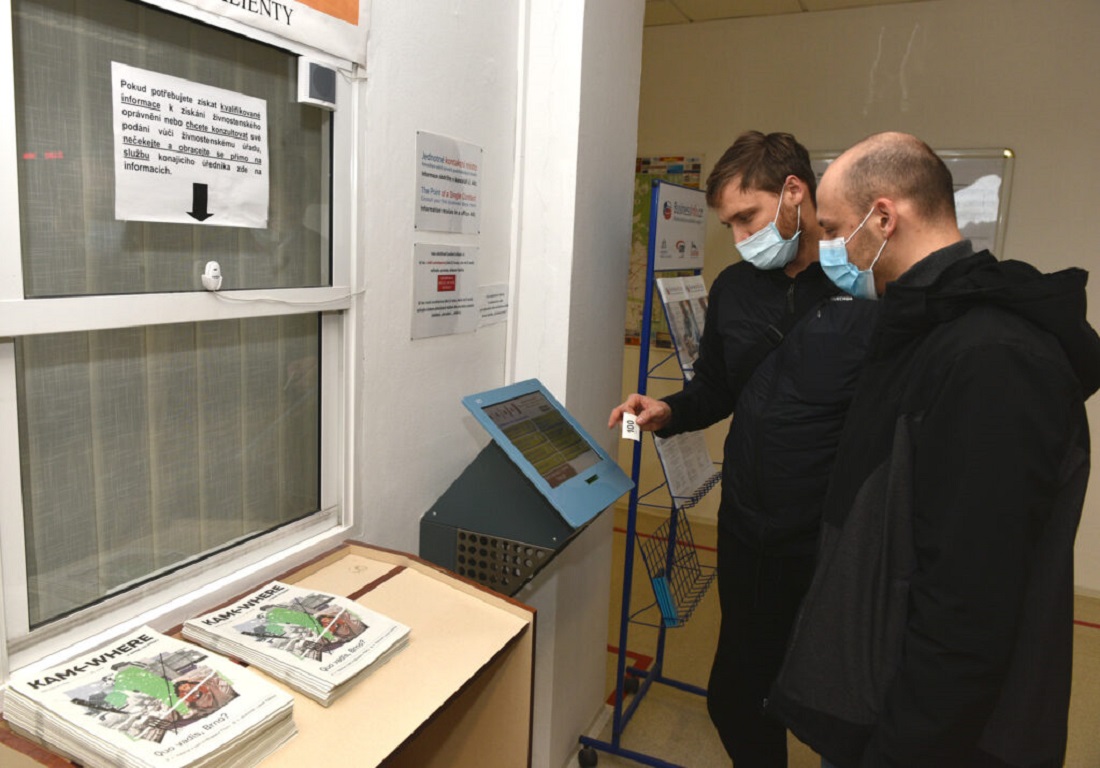 This year, six European countries participated in the SozialMarie International Award for Social Innovation, presenting 300 projects to a jury of 35 selected experts. The project implemented by the City of Brno to help reduce barriers between foreign residents and public service officers was ranked among the best 15 entries, and also received 2,000 euros. Photo Credit: MMB Archive.

Brno, May 6 (BD) – Following on from the winter report from the European Commission, which ranked Brno’s intercultural worker scheme among the top 27 European innovations in recent years, the project has now been recognised as one of the 15 best projects in the SozialMarie International Awards.

“We enjoyed the announcement on Saturday, even though it was online. The success is an encouragement for the department and the team of Lenka Šafránková Pavlíčková, who has been doing a great job for a long time,” said Marek Fišer, Chairman of the Committee for National Minorities of Brno City Council.

The SozialMarie jury appreciated that the city actively offers people from different cultures and communities easily accessible services in different languages, and that the program also raises cultural awareness both among the city’s residents and within the city government.

“The City of Brno shows that it cares about the diversity of its population and is establishing itself as a pioneer of social innovation. Thanks to its extensive intercultural view of the world, Brno is a model for other cities, regions, and countries,” stated the official evaluation.

The prize also includes a financial reward of 2,000 euros, which Fišer said will be used to create  the action plan for the integration of foreigners living in Brno.

The intercultural workers project (IKP) operates in Vietnamese, Ukrainian/Russian, Romanian/Moldovan, and Arabic, with the languages selected based on statistical data from the Czech Ministry of the Interior and the Czech Statistical Office on the number of foreigners in Brno.

Integration needs played a key role in determining these groups, since the greater the linguistic and cultural distance, the longer it takes to adapt to the Czech environment. The analysis also took into consideration what support is already available for the various groups of foreigners in the city.

Clients are usually contacted through social networks or so-called gatekeepers, prominent personalities in the community. IKP asks foreigners what they are dealing with and if they need anything, offering contacts to individual offices and workplaces as well as specific assistance for obtaining a driver’s license, trade license, obtaining health insurance or utilities contracts, or communicating with doctors. IKP services are also provided to local authorities, schools and medical facilities, labor offices, social service providers, cultural facilities, and any other bodies who have contact with foreigners and need assistance in communicating with them.

SozialMarie is an award for social innovation, awarded annually to 15 outstanding projects. Organizers describe social innovation as an innovative approach to solving social issues that is functional and sustainable. The SozialMarie Awards have been given out since 2005, making it the longest-running award program for social innovation in Europe. Each year, the organization distributes a total of 54,000 euros in financial rewards to the best projects. Czech projects have been successful this year, with four in the top 15. More at  www.sozialmarie.org/cs .