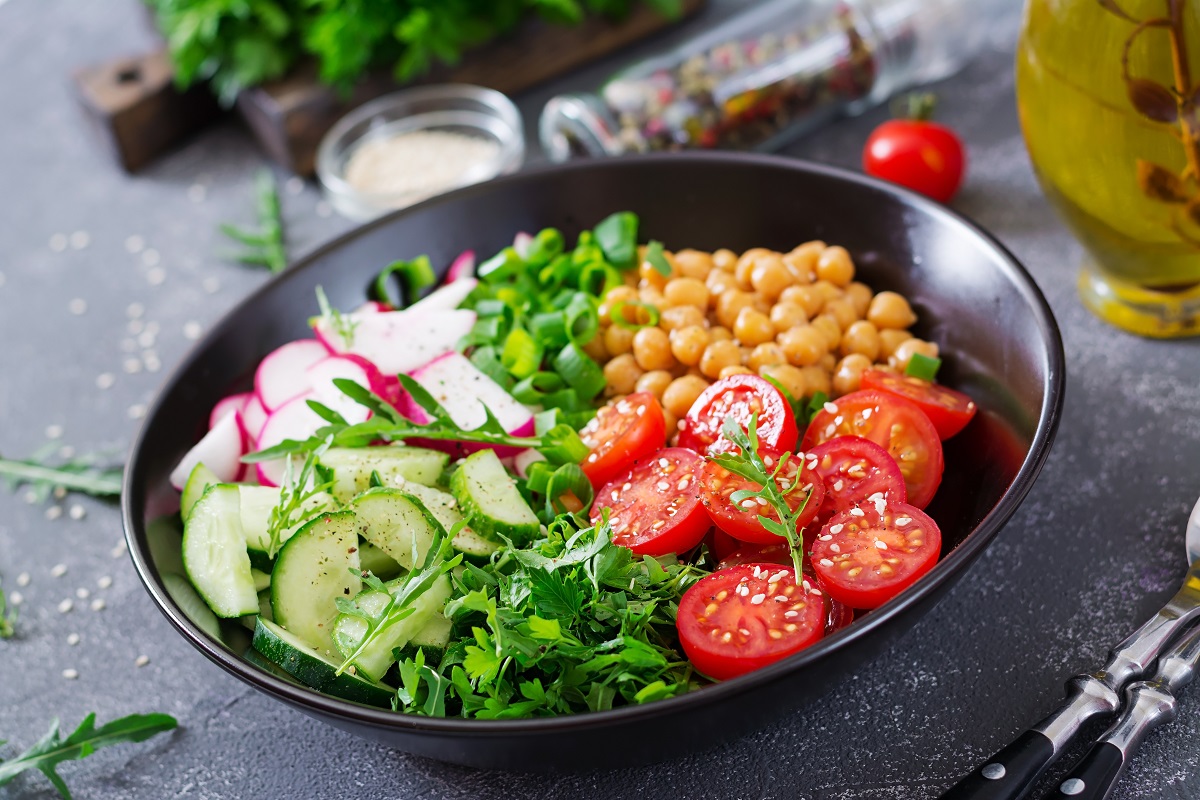 Recent research by Ipsos on meat consumption and meat-free diets in the Czech Republic revealed that just one tenth of Czechs are actively excluding or reducing meat in their diets. Younger people are most concerned about animal welfare in non-food products, and also the most likely to restrict meat and other animal products in their diets. Photo credit: Freepik / For illustrative purposes.

Czech Rep., Jul 16 (BD) – Nine out of ten Czechs have no interest in excluding or reducing meat in their diets, according to research by Ipsos. The other 10% of the population are trying in some way to restrict their meat consumption; 4% do not eat any meat at all, and another 4% define themselves as ‘flexitarian’, meaning they eat meat occasionally but are making efforts to reduce their intake.

The trend of the ‘flexitarian’ diet, in which people eat meat, fish, and other animal products only occasionally, is new, say the researchers from Ipsos. According to Lucie Mádlová, founder and executive director of the Association of Social Responsibility, who cooperated with Ipsos on the studies, this new trend can most likely be attributed to the negative effects of the meat and animal products industry on climate change, which is being highlighted with increasing frequency and urgency by scientists and activists alike.

Both inside and outside the Czech Republic, meat-free or low-meat diets are mostly of interest to young people. Among Czechs, most of those who prefer meat-free diets are under the age of 44, and vegans, who do not consume any animal products at all, are mostly under 35. The consumption of meat and animal products is also slightly higher among men (of all ages), with over 80% of men and around 75% of women eating meat at least once a week.

Around a third of respondents stated that they were interested in switching to a more plant-based diet at the expense of animal products, as well as eating more fish and, in particular, legumes. As for healthy eating in general, only around one in three Czechs eat according to “the principles of healthy nutrition”, states the report. While most people agree that the range of plant-based products in shops and restaurants has increased, they often reported not liking the healthy and/or meat-free alternatives to regular products.

The research also surveyed concern for animal welfare and environmental impact in other categories of products, such as cosmetics and cleaning products. While the younger generation cares more about whether products have been tested on animals or whether they are certified vegan, older consumers are more interested in the country of origin and the environmental impact of the product. Overall, a slight majority checks at least occasionally whether a product’s packaging is organic, and less than half of the population is concerned about whether a product has been tested on animals.

https://brnodaily.com/2020/07/16/news/one-in-ten-czechs-prefer-more-plant-based-diets-to-eating-meat/https://brnodaily.com/wp-content/uploads/2020/07/vegetarian-salad-credit-freepik-1024x683.jpghttps://brnodaily.com/wp-content/uploads/2020/07/vegetarian-salad-credit-freepik-150x100.jpg2020-07-16T15:53:54+02:00Tessa AdamsonCzech Republic / WorldCzech Republic,NewsRecent research by Ipsos on meat consumption and meat-free diets in the Czech Republic revealed that just one tenth of Czechs are actively excluding or reducing meat in their diets. Younger people are most concerned about animal welfare in non-food products, and also the most likely to restrict meat...Tessa Adamson T.M.Adamson@hotmail.comAuthorExpat student from the Netherlands, passionate about writing, travelling, languages and politics.Brno Daily