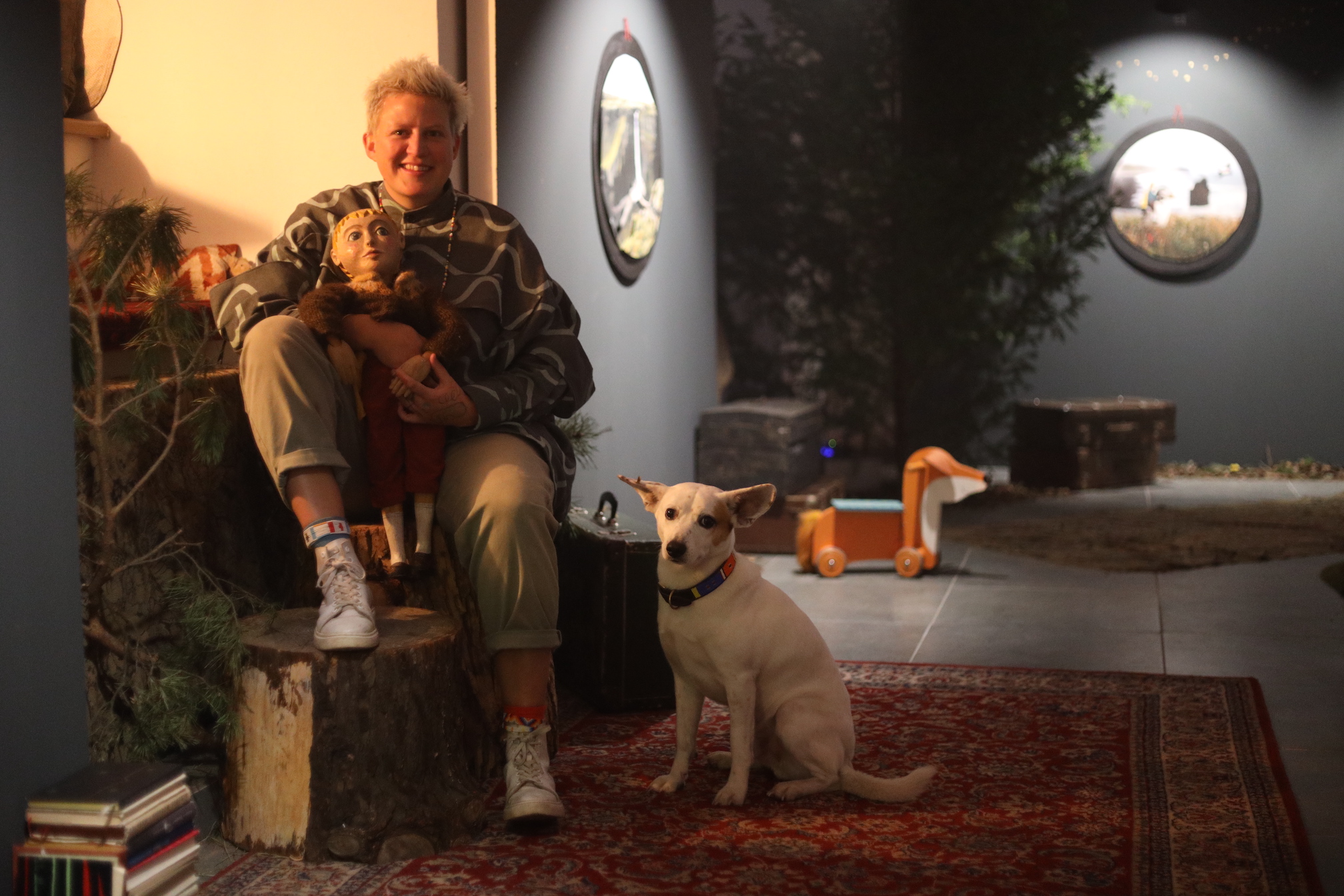 Brno, Jan 17 (BD) – The interactive exhibition “The Little Prince” by Eliška Podzimková is open at the Moravian Museum (MZM) until 5 March. The renowned multimedia artist has prepared a new creative station especially for Brno, where everyone can create one of the artist’s photographs, among other interactive exhibits. The exhibition is in Czech, but English-language annotations are available at the entrance.

The interactive, augmented reality exhibition, “The Little Prince”, which is in residence in the Dietrichstein Palace of MZM on Zelny Trh in the centre of Brno from November to the beginning of March, is dominated by images from the new edition of Antoine de Saint-Exupéry’s classic work. Eliška Podzimková prepared them in Iceland and, typically of her work, they are a combination of photographs and illustrations. Visitors can install the free Artivive app on their personal devices, which will make a story begin to unfold out of the seemingly static images.

“The aim of the exhibition is to create a magical world of “The Little Prince” that affects not only the eyes but also other human senses. It offers visitors the opportunity to leave everyday reality and return to childhood, at least for a while,” said Podzimková.

The exhibition includes interactive installations. Visitors can, for example, plunge their hands into a giant mossy egg, find and feel a hidden animal and then try to draw it. They can also listen to an audio book of the story in the old tent and create a puppet show for the audience outside the tent.

Eliška Podzimková is a young Czech animator, illustrator, photographer, and versatile artist. She graduated from the Miroslav Ondříček Film Academy in Písek in 2014, and has since gained recognition at home and around the world. Her credits include a spot for Jamie Oliver, the cover of New York’s Metro newspaper, illustrated photos for American Vogue and articles in global media.

In the Czech Republic, she collaborated with Tomáš Klus on his Recyklus tour, illustrated a book by Marie Doležalová and co-created a book edition of the Honest Guide with Janek Rubes. She created the PrahART project for Prague City Hall, in which she incorporates art into public transportation; she directed a commercial for the Gratias Tibi award for People in Need; and she also works in advertising. She is currently working on a series called Plešouni for children with cancer because, from her own experience, she knows that it is necessary to approach treatment as optimistically as possible, and her educational animated series aims to help achieve this. She is also working on a new project called Tanzania, due for release this autumn.