Babis Denies Visit to Macron Due To Election, As Negative Campaigning For Second Round Begins 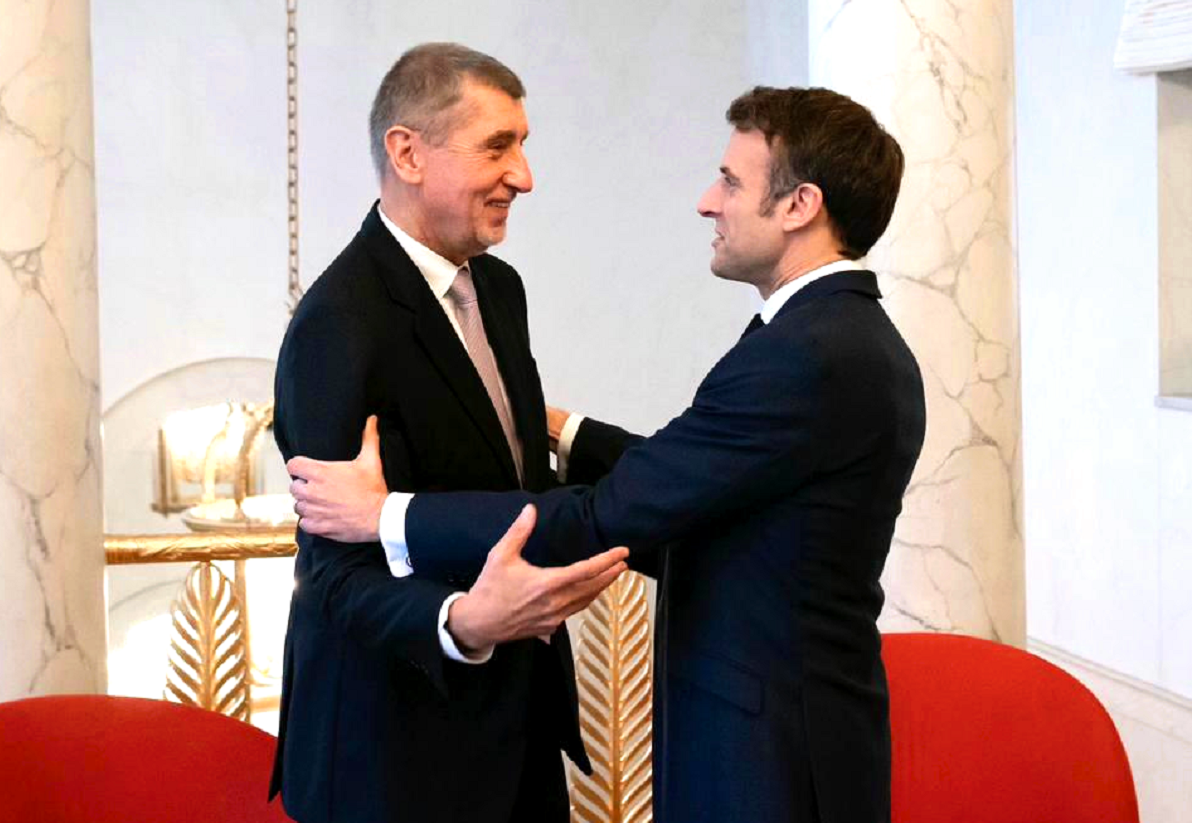 Prague, Jan 16 (CTK) – Czech presidential candidate and ex-PM Andrej Babis told CTK yesterday that his visit to French President Emmanuel Macron in the Elysee Palace last Tuesday was not a marketing move, as his election rival, retired General Petr Pavel, described it in a televised debate.

Babis said he has friendly relations with Macron and noted that he also met Macron on the sidelines of the EU summit in Prague last autumn.

Pavel, a former high representative of the Czech military and NATO, and Babis, the leader of the senior opposition ANO movement, emerged as the most successful of eight first round candidates on Saturday, and will face each other in the runoff vote due in two weeks.

Pavel told Czech Television yesterday that it was not standard for the president of a democratic country to receive a foreign presidential candidate a few days before an election.

In response, Babis said that, since Britain’s departure, “France is the only nuclear power in the EU. Macron is a European leader, recently he visited [US President Joe] Biden. He has an idea of ​​peace negotiations. This was no marketing move, we have friendly relations.”

Pavel also criticised Babis’s previous pledge that if elected president, he would host a peace summit related to the war in Ukraine. Pavel remarked that after the Russian annexation of Crimea in 2014, Babis, then-finance minister and later prime minister (2017-2021), made no attempt to stage a peace summit.

Babis said that at a Paris ceremony marking the 100th anniversary of the end of WWI, all world leaders were there but no one discussed the issue.

“In November 2019, I paid an official visit to Ukraine and I condemned the annexation of Crimea,” he said.

On Saturday, Pavel said that judging by Babis’s press conference after the first round of the elections, nothing but lies can be expected from within Babis’s campaign before the runoff.

Babis said that in fact it is Pavel who lies. He accused Pavel of declaring the military’s contributions to the fight against COVID-19 and the evacuation of Czech diplomats and Afghan aides from Kabul as achievements of his own.

He admitted having made a mistake at his press conference on Saturday by saying that Pavel “had hailed the Soviet military invasion [of Czechoslovakia] in 1968.” He told CTK yesterday that he had Pavel’s CV from 1987 in mind, in which Pavel expressed his positive stance on the invasion of the country by Warsaw Pact troops.

Pavel was seven years old in the year of the invasion in 1968. He apologised for the controversial CV last year.

Babis said that until Saturday, he had not reacted to any of his opponents’ attacks. He said that from now on, he will not put up with this any more, but his campaign for the second round will not differ much from the campaign he has conducted so far.

Babis repeated his characterisation of Pavel as a pro-government candidate who would act in accordance with the cabinet’s wishes. He said it would be a problem if people from the five-party coalition government filled all the five top constitutional posts. It is absurd for the government coalition to support “a typical representative of the past regime,” he said.

Babis confirmed to CTK that those were his billboards, and not put there by his supporters.

Reacting to the billboards, Defence Minister Jana Cernochova (ODS) called on Babis not to touch on soldiers in his election campaign.

“They are no bloodthirsty warmongers but professionals,” Cernochova tweeted. “I understand that you want to act as a tough guy, but, please, show dignity when it comes to defence and security. While watching the repatriation of their bodies at the Prague-Kbely airport, tears ran down our cheeks. At the time, you knew that they were dying for us as well. They do not deserve to be insulted by you now.”

South Moravia Deputy Governor Jiri Nantl (ODS) recalled that the president is the supreme commander of the armed forces. “Andrej Babis should realise that he is commenting in this way on soldiers while running to become their supreme commander,” Nantl tweeted.