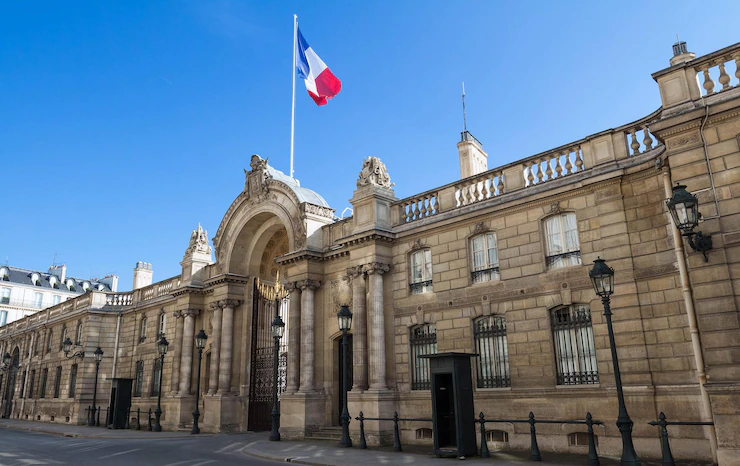 Babis and Macron will meet in the Elysee Palace. Credit: Freepik.

Babis and Macron will meet in the Elysee Palace, the French president’s seat, for about 30 minutes, Babis said. He noted that Macron’s Renaissance party and Babis’s ANO movement are both part of the Renew Europe group in the European Parliament.

A French Presidential Office spokesperson told CTK that Babis’s visit does not represent an endorsement from Macron ahead of the first round of the presidential election this weekend.

She said the meeting on Tuesday morning will aim at political coordination within the Renew Europe group in relation to current topics such as the war in Ukraine and its economic impacts.

“The meeting has nothing to do with the [Czech] presidential elections,” she said, and would not answer the question of who had initiated the meeting. She said the talks will last 45 minutes at the most and are to start at around 10am.

Political scientist Jan Kubacek told CTK that Babis’s visit to Paris was definitely a pre-election strategy, as Czech people know Macron, and are generally positive towards France and French politicians.

Kubacek added that Babis’s acquittal yesterday in his trial for subsidy fraud means an emergence from political isolation, and the meeting with Macron is a way of demonstrating his political prestige.

Babis met Macron in Prague last autumn at the informal EU summit during the Czech EU presidency, where they discussed European issues, the war in Ukraine and the energy crisis. Babis expressed interest in France’s solutions to the crisis.

About a week before the Czech general election in the autumn of 2021, Hungarian PM Viktor Orban visited Babis, then Prime Minister. They went together to the Usti Region, where Babis was the ANO election leader, before Orban met President Milos Zeman at the presidential manor in Lany, Central Bohemia.

Reacting to today’s acquittal of Babis and his former aide, Orban wrote on Twitter: “Glad to see that facts still matter! My best wishes to Andrej Babis. Keep on fighting!”

Petr Janyska, former Czech ambassador to France, said the reception of Babis by Macron was surprising. “Receiving him three days before the elections is a neutral gesture?” Janyska asked on Twitter.

One of Babis’s main rivals in the presidential election, retired general Petr Pavel, said the planned meeting with Macron was a skilled PR move within Babis’s election campaign.

“Andrej Babis will run in the elections reinforced by the votes of supporters of Josef Stredula [the trade union leader who withdrew from the race yesterday], by the court verdict, and by his meeting with the French president. The risk is higher that he will succeed in the elections,” Pavel told CTK.

“I hope that the citizens who are dissatisfied with him [Babis] will feel mobilised to cast their ballots and catapult an experienced rival to face Babis in the second round run-off, someone who has already fought his hardest battles and is able to defeat him,” Pavel said.

Another presidential candidate, senator Pavel Fischer, said that previously, Babis did not dare to run in the general election without the support of Orban. “Today, he must see that Orban’s style does not work, and so the news about Babis’s effort to change the destination and visit France has not taken me by surprise,” Fischer wrote to CTK.

He recommended that Macron do some basic research. “I consider it unsuitable for the French president to receive [Czech] candidate Babis, who has been investigated in France on suspicion of money laundering and tax evasion. This may look like unsuitable interference in domestic policies,” Fischer wrote.

Senator Marek Hilser, who is also running for Czech president, said he doubted that Macron would actually receive Babis, with regard to the former Prime Minister’s controversies.

“If Macron met him, it would be unsuitable mainly on the part of Macron, as he would not avoid suspicion of influencing elections in a foreign country. I would not do it, if I were him,” Hilser said.

Presidential candidate Karel Divis, an entrepreneur, said that with his trip, Babis wants to create an impression of a state visit and influence. He added that it was a pity Babis did not prioritise attending public debates with his rival candidates.

« “The Court’s Verdict Must Be Respected”: Czech Politicians Respond To Verdict In Babis Trial
Stars of the Baroque Opera World To Perform Special Interplanetary Piece In Brno and Prague  »