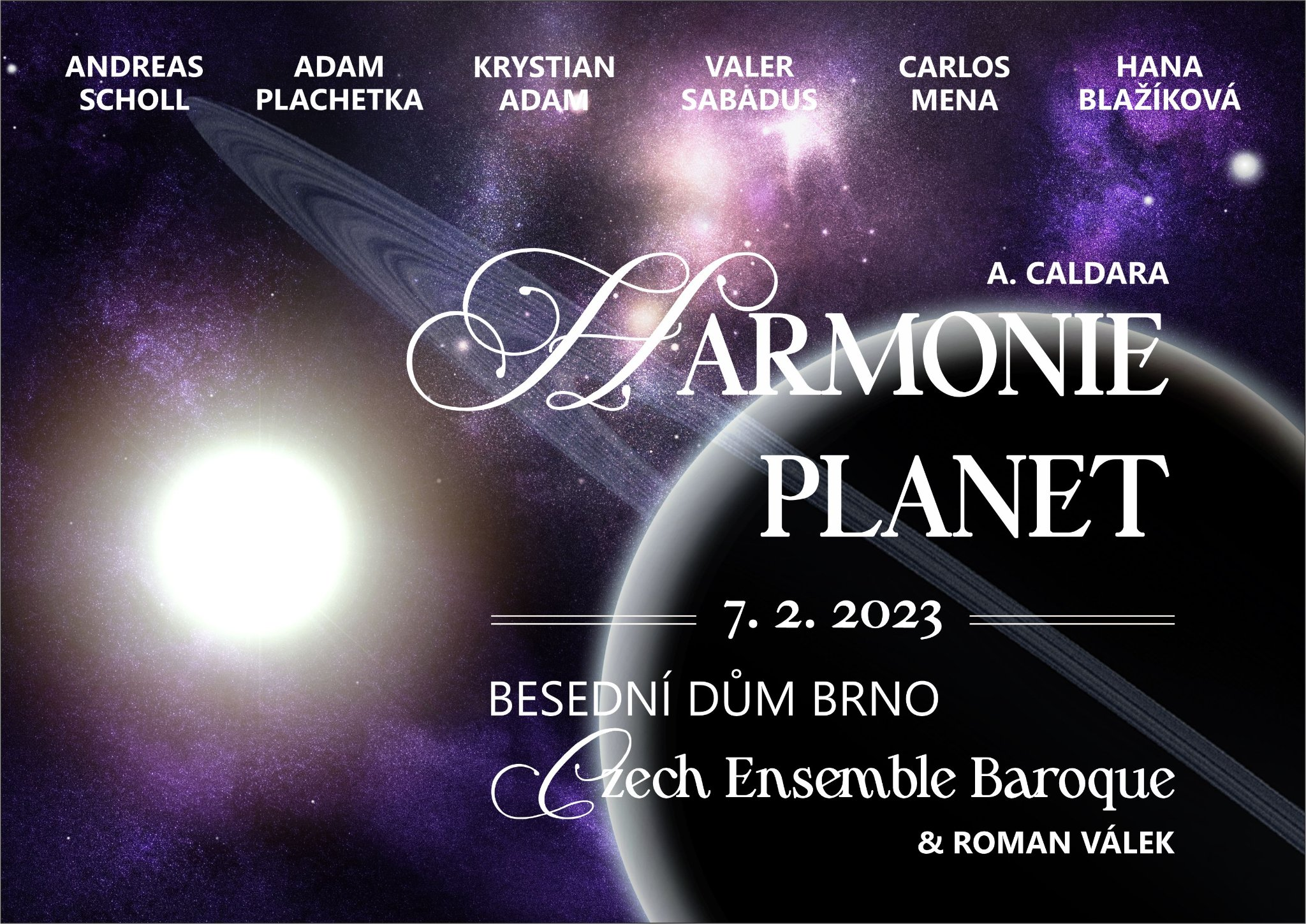 Brno, Jan 10 (BD) – On 7 February, the premiere of Antonio Caldara’s congratulatory opera La Concordia De’ Pianeti will be the artistic highlight of the 11th edition of the Brno concert series Bacha Na Mozarta! (“Bach to Mozart!”).

Several international stars will perform in the roles of the planets singing to the newly crowned Empress, including Andreas Scholl, Adam Plachetka, Valer Sabadus, and Hana Blažíková. The work will be performed by the Czech Baroque Ensemble and conducted by Roman Válek. After the premiere in Brno, the concert will also be performed in the Spanish Hall of Prague Castle.

Antonio Caldara, the Court Chaplain of Charles VI, wrote this celebratory cantata in the name of Empress Elisabeth Christina, to mark the coronation of the monarch in Prague in 1723. It was performed by the imperial band and singers, including the famous castrato Carestini.

“Even at the premiere, the roles of the glory-giving planets were entrusted to the leading singers of their time,” said the conductor, Roman Válek. “The extreme difficulty of the solo parts is perhaps one of the reasons why the work has not been performed much and has not been heard in this country at all since 1723. We have been able to approach top singers to stand on the same stage for the first time in this setting, and we are extremely grateful to be working with such great artists.”

The renowned countertenor Andreas Scholl will perform the role of Jupiter, the Metropolitan Opera of New York soloist Adam Plachetka will portray Saturn, and another star countertenor will be one of the most popular singers of the Baroque scene, Valer Sabadus, as Apollo. The role of the combative Marthas has been entrusted to rising star Frank Klisovic, and the last male role, Mercury, will be performed by the Czech tenor Jaroslav Březina. Top female singers will perform as the two goddesses: soprano Hana Blažíková as Diana and Czech-French mezzo-soprano Dagmar Šašková as Venus.

All 65 performers from seven EU countries will gather in Brno for four days to rehearse and premiere the work on 7 February. The reprise will take place a day later in Prague.

Pre-sale is available in two ways: online at www.smsticket.cz or in person at TIC Brno, Panenská 1.