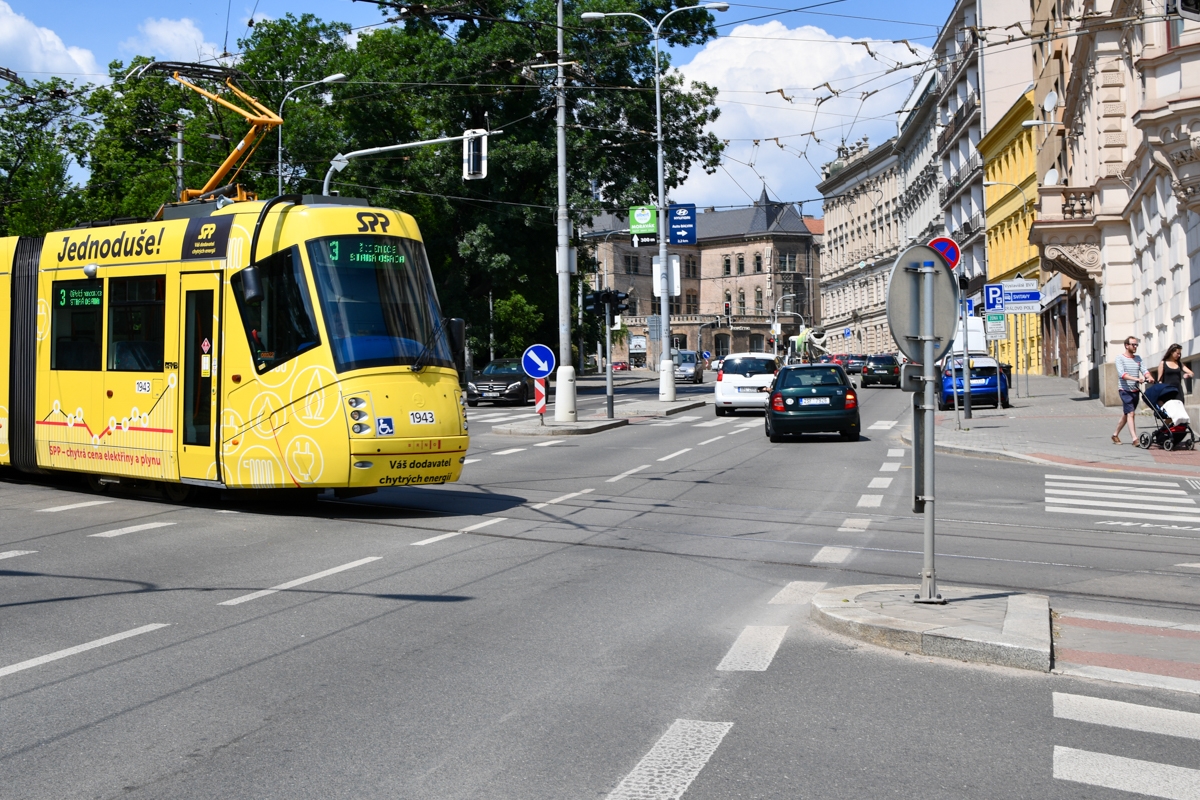 Trams will soon be running to the university campus in Bohunice for the first time. Photo credit: KK/BD.

Brno, Nov 15 (BD) – From 11 December 2022, the Brno Transport Company (DPMB) will introduce some changes to routes and schedules in the south of Brno, in connection with the opening of the new Bohunice campus tram extension.

When the extension opens, trams will then be able to travel to Brno University Hospital and Campus, using tram line 8. This will replace the current 61 bus, which often struggles with heavy traffic on the roads. Tram line 7 will be extended to go all the way to Starý Lískovec, and the 25 bus route will be strengthened due to the termination of regional lines at the new transfer terminal near the campus.

Bus line 40 will be retained and will also serve the Spilberk Business Park on Heršpická, replacing line 61.

“In the current difficult situation, accompanied by rising prices and the energy crisis, our goal is to maintain public transport services at the same level next year,” said Brno Mayor Markéta Vaňková, adding that transport fares in the city will remain the same in 2023 as this year.

“Another measure related to the change on line 8 will be the establishment of a new stop at Karpatská on the route of trams 6 and 7 to Starý Lískovec,” said Brno City councillor for Transport Petr Kratochvil. “The station will be located close to the nursing home, thus opening up the possibility for its residents to use a direct tram connection to the centre. This location was previously served by the special bus 82. This service, as well as another less used minibus 81, will be cancelled. They will be replaced by low-floor car connections on all public transportation lines throughout Brno, as well as a modified line 51 and a new line 62 to Červený Kopec.”

As the end of the rail closure on the Brno-Blansko line approaches, tram lines 2, 4, and 9 will be reinforced. On line 9, capacity will be increased by deploying low-floor tram 13T on all connections during the day from Monday to Friday.

Line 36 will now be served by articulated trolleybuses which accommodate more passengers, with the goal of improving passenger comfort while optimising traffic in the Žabovřesky housing estate.

Also next year, DPMB is preparing alternative transport services in areas where significant construction activity is taking place. These are mainly closures associated with the Outer City Ring Road project and the reconstruction of the bridge on Otakara Ševčíka.

https://brnodaily.com/2022/11/15/brno/campus-tram-line-extension-opens-11-december-with-changes-to-other-routes-and-schedules/https://brnodaily.com/wp-content/uploads/2021/07/Brno-City-Center-Road-Tram-Credit-KK-BD-1024x683.jpghttps://brnodaily.com/wp-content/uploads/2021/07/Brno-City-Center-Road-Tram-Credit-KK-BD-150x100.jpg2022-11-15T15:00:01+01:00Bing NiBrnoNewsBrno,Czech Republic,News,TransportTrams will soon be running to the university campus in Bohunice for the first time. Photo credit: KK/BD. Brno, Nov 15 (BD) - From 11 December 2022, the Brno Transport Company (DPMB) will introduce some changes to routes and schedules in the south of Brno, in connection with the opening...Bing NiBing Nibingni1992@gmail.comAuthorPh.D student in Communication Studies, a hopeless cinephile and frontier culture fanatic and fussy music appreciator.Brno Daily