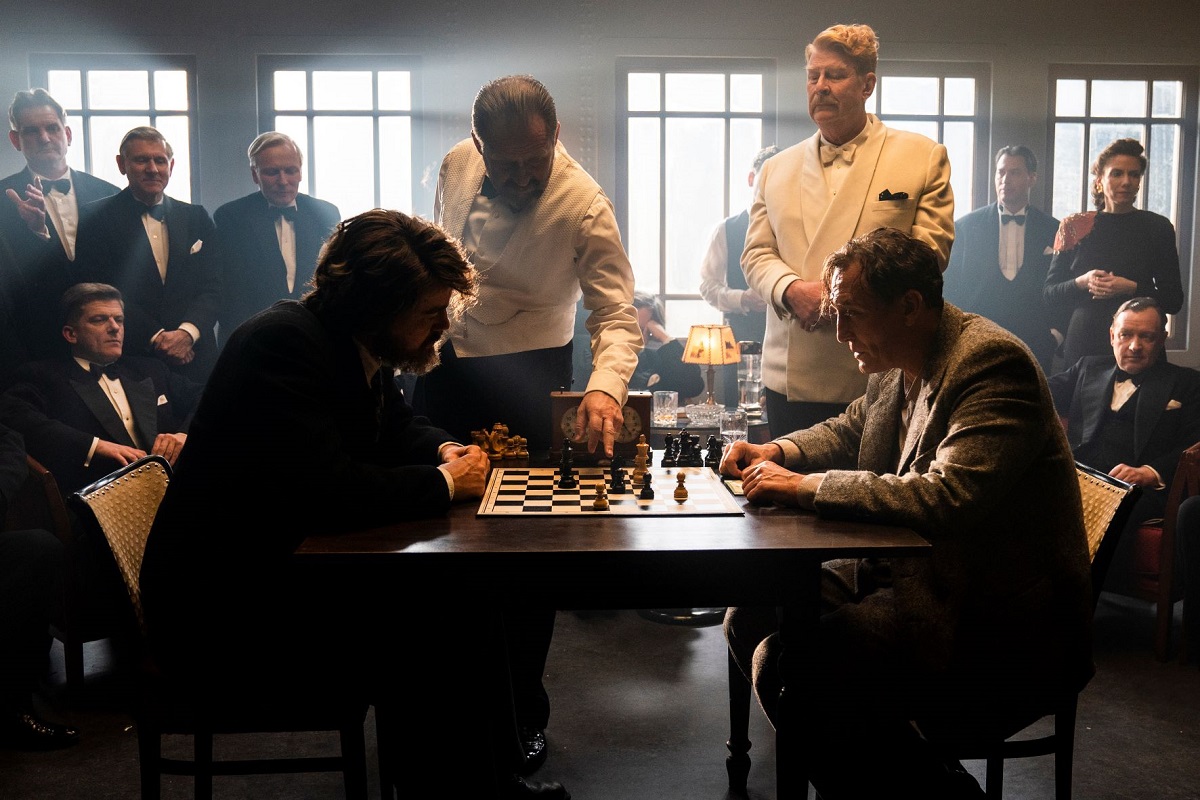 Brno, Oct. 25 (BD) – The 16th edition of the German-language film festival Das Filmfest is set to begin next week at Kino Art, presenting the latest popular and award-winning feature films, as well as documentaries focusing on current social issues and various historical moments.

One main theme of this year’s festival is the search for personal freedom and the resolution of interpersonal relationships. The program will also include literary adaptations, such as Philipp Stölzl’s award-winning adaptation of Stefan Zweig’s world bestseller Schachnovelle (“The Royal Game”), which opens the Brno part of the festival on 2 November. The festival will continue until 6 November.

All films are shown with Czech and, in most cases, also English subtitles. The detailed program is available at www.dasfilmfest.cz. The show is co-organised by the Goethe-Institut Czech Republic, the Austrian Cultural Forum in Prague and the Swiss Embassy in the Czech Republic.

The Brno program will include a total of 16 films, presenting a cross-section of the current cinematography of Germany, Austria and Switzerland. In addition to Philipp Stölzl’s Schachnovelle, which transports the audience to Vienna in 1938, as the Wehrmacht troops march into Austria, the program also includes Fabian oder Der Gang vor die Hunde (“Fabian: Going to the Dogs”), a film adaptation of Erich Kästner’s novel “Fabian” directed by Dominik Graf. The initially carefree life in Berlin at the beginning of the 1930s is increasingly threatened by changes in society, which is divided by communists and national socialists. The film won the Lola Silver Award in the Best Feature Film category at the German Film Awards 2021.

The tumultuous life of the German writer, director and provocateur Thomas Brasch and the lack of artistic freedom in the former GDR are the focus of Andreas Kleinert’s film opus Lieber Thomas (“Dear Thomas”), which this year won 9 German Film Awards, including Best Feature Film. Another film detailing life before the fall of the Iron Curtain is Franziska Stünkel’s Nahschuss (“The Last Execution”) – a gripping historical drama inspired by the life of Werner Teske, who was lured in by the East German Stasi with the promise of personal gain, gradually descending into a dark political thriller.

The festival will also screen the award-winning feature film by Austrian director Maria Kreutzer, Korzet (“Corsage”), a historical reinterpretation which returns the myth of Empress Sissi, yearning for freedom and emancipation, to cinema screens in an original way. The film was chosen as Austria’s nomination for the 2023 Oscars. The story of the legendary Austrian skier Franz Klammer, who triumphed at the 1976 Olympics in Innsbruck and whose success still fascinates sports fans, is told in the film Klammer: Chasing the Line, directed by Andreas Schmieda.

Two completely different perspectives on the life of migrants will be offered by Toubab Florian Dietrich and Nico Eline Gehring. While Toubab is a petty criminal who takes advantage of loopholes in German laws and will do almost anything to avoid deportation, Nico works hard on himself and tries to cope with the trauma of a racist attack. Jan Gassmann in the film 99 Moons has his sights set on a generation that is afraid of commitments and prefers free relationships.

Lorenzo Merz’s Soul of a Beast depicts a post-apocalyptic world where imagination is more real than reality. Escaping from the world, where profit is the main measure, into the purity of nature is the theme of the film Märzengrund (Above the Ground) directed by Adrian Goiginger. Drii Winter, a drama by Michael Koch, gives an insight into the microworld of a small alpine village. This film was chosen for Switzerland as an Oscar candidate. Fans of science fiction will be drawn to Leni Lauritsch’s film Rubikon, which depicts the fight for humanity’s survival on a space station.

Das Filmfest will also include documentary productions, including the award-winning Girl Gang, which reveals the life of teen influencer Leoobalys, who sells her childhood and adolescence to social networks and an army of female fans completely devoted to their influencer idols. Zuhurs Töchter (Zuhur’s Daughters), a documentary by director duo Laurentia Genske and Robin Humboldt, highlights the challenges faced by transsexual sibling refugees from Syria. Another festival film is Mein Vater, der Fürst (My Father, the Prince) – an intimate portrait of the relationship between Karl Schwarzenberg and his daughter Lily Morgan-Schwarzenberg.

https://brnodaily.com/2022/10/25/events-in-brno/das-filmfest-brings-best-of-german-language-cinema-to-kino-art-starting-next-week/https://brnodaily.com/wp-content/uploads/2022/10/Sachova_novela-Das-Filmfest-credit-Das-Filmfest-1024x683.jpghttps://brnodaily.com/wp-content/uploads/2022/10/Sachova_novela-Das-Filmfest-credit-Das-Filmfest-150x100.jpg2022-10-25T16:19:51+02:00Jack StephensArt & CultureEvents in BrnoBrno,Culture,Czech Republic,Events in Brno,NewsPhilipp Stölzl’s “The Royal Game” is among the highlights of this year’s Das Filmfest. Credit: Das Filmfest.   Brno, Oct. 25 (BD) – The 16th edition of the German-language film festival Das Filmfest is set to begin next week at Kino Art, presenting the latest popular and award-winning feature films, as...Jack Stephens jack.stephens50@gmail.comAuthorA writer and English teacher originally from London who has lived in Brno since 2011, interested in politics, low culture, and all things strange and/or Czech.Brno Daily

A writer and English teacher originally from London who has lived in Brno since 2011, interested in politics, low culture, and all things strange and/or Czech.
View all posts by Jack Stephens →
« Czechs’ Interest in Cultural Events Down By 30% From 2019
Several Ministers Will Not Attend Zeman’s Final Independence Day Award Ceremony »